Reeza Hendricks will be the top pick for this game.

Zimbabwe XI and South Africa A will be up against each other in the 3rd ODI of the Unofficial ODI series. The series is tied 1-1, with the last one won by the South African team. In the 2nd fixture, South Africa A posted the score of 266, with Reeza Hendricks scoring a century and the middle-order chipping in with hefty contributions. For Zimbabwe, Raza, Chatara, and Masakadza picked up 2 wickets each.

In response, the Zimbabwe XI scored 93 runs in 20 overs, before the match result was decided by the D / L method, and the visitors won by 51 runs. The batters Milton Shumba and Sikandar Raza had already scored 30+ runs.

In both the matches of the series, the scores of 250+ have been posted, which depicts strong support to the batters. Most of the wickets have been taken by the pacers in this series and will be a lethal weapon.

Sikandar Raza has been the best batter of the Zimbabwe team with 98 runs in 2 appearances at a strike rate of 113.95.

Milton Shumba has contributed 76 runs in 2 innings at a strike rate of 83.51. Quite young in his international career, he has 549 runs in 24 List-A matches.

Lizaad Williams has scalped 4 wickets in 2 matches at an economy of 3.42, and an average of 12.

ZIM-XI vs SA-A Must Picks for Dream11 Fantasy Cricket: 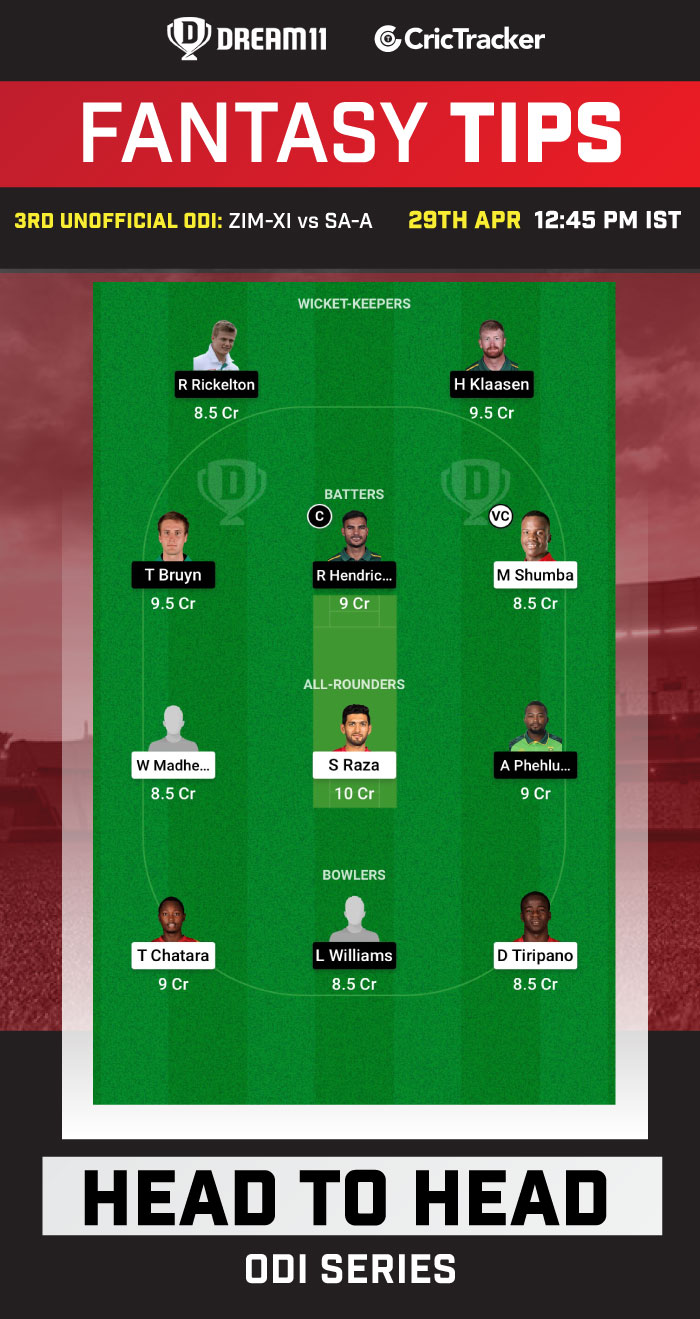 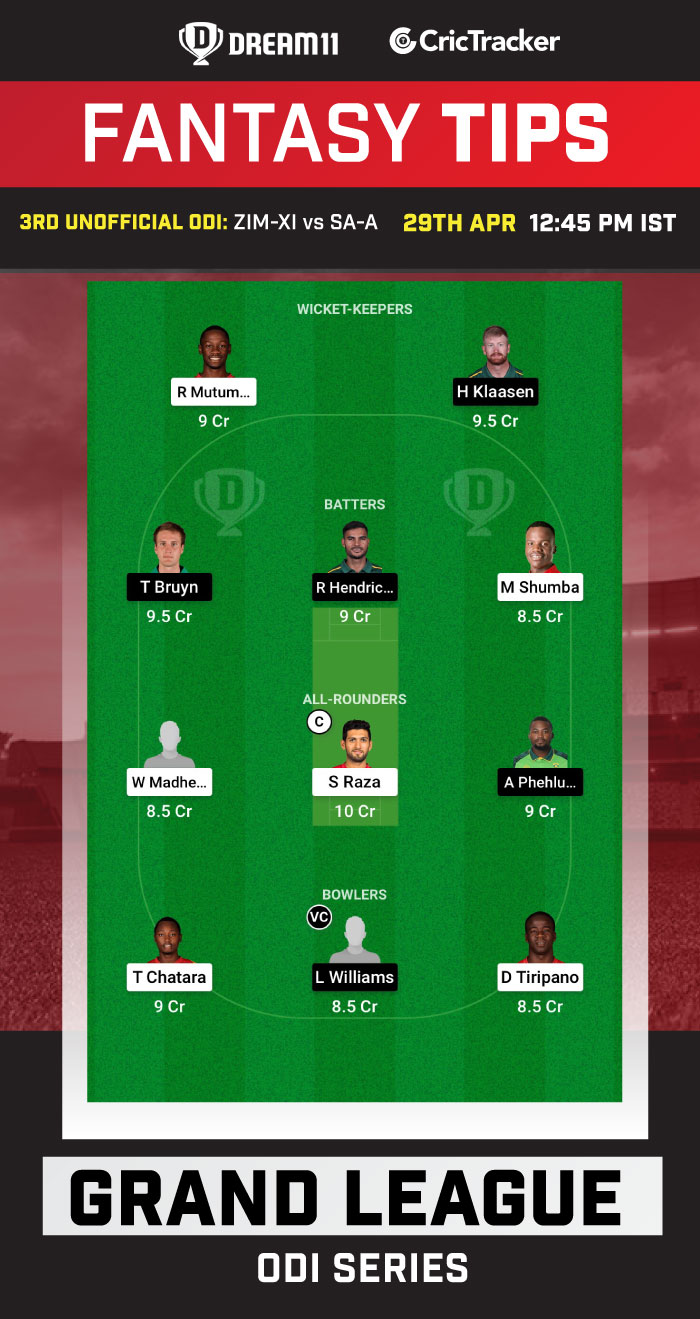 SA-A is expected to secure a victory in this fixture.