THE introduction of the LIV golf tour has caused a stir across the sport.

Long time PGA tour members defected to the more lucrative series, which has caused outrage amongst many of those who stayed. But what is LIV golf?

What is LIV golf and when was it introduced?

The plans were made public in 2019, where PGA tour commissioner Jay Monahan said that any player who joins the new format will be barred from future PGA events.

Despite this, many famous players have decided to give up their PGA tour cards to join the LIV tour.

How is LIV golf different from the PGA?

LIV golf is played over three rounds, unlike the four that is customary in PGA tour events. 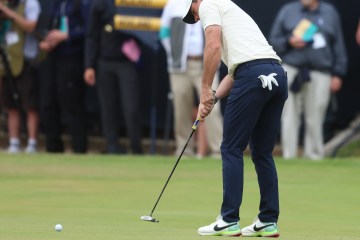 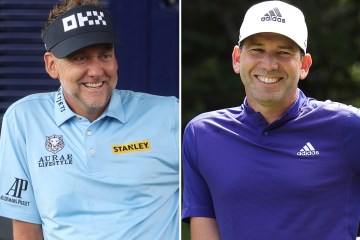 As well as this, every player who takes part in a LIV golf event will get a share of the prize fund, even if they finish in last place.

The LIV tour also has more financial benefits than the PGA tour, with bigger prize money as well as lucrative contracts for those who join.

How many golfers have switched to LIV and what has been said about it?

At this time, almost 70 players have joined the new tour.

Other notable names to have joined the tour include European Ryder cup stalwarts Ian Poulter and Lee Westwood.

When questioned about his move from the PGA, Westwood said it would be “stupid” not to take the money at this stage of his career.

Westwood had been a professional for almost 30 years when offered the chance to defect and had seen his rankings slip during his last few years on the tour.

LIV golf has guarantees of money for players who take part, and this prompted him to go for the more lucrative option.

Rory Mcilroy has been vocal in his criticism of the tour, both of the players who accepted offers to join, as well as what it meant for the sport in general.

He has previously stated that he felt “Betrayed” by former Ryder cup teammates who had left the PGA tour, as well as suggesting that the feud was ripping the sport apart.