CHICAGO – With rumblings of a lightweight grand prix, Tofiq Musayev hopes he draws the champion first.

Musayev (20-4 MMA, 1-0 BMMA), who needed just 27 seconds to knock out Sidney Outlaw in his Bellator debut in July, expects a spot in the tournament.

If he does get the call, he’s eyeing newly crowned champion Usman Nurmagomedov (16-0 MMA, 5-0 BMMA) right off the bat.

“I think I will be participating in the grand prix, and the first fight I want to fight Usman,” Musayev told MMA Junkie this past Friday at Bellator 288 in Chicago. “Whoever they give me, I’m going to fight no matter what. But my preference is to fight Usman for the belt because I’m the No. 1 contender right now.”

Nurmagomedov scored a lopsided decision win over Patricky Freire to capture the lightweight title at Bellator 288. Musayev also holds a win over Freire. He outpointed him in the Rizin FF lightweight grand prix final on New Year’s Eve in 2019.

“I watched the (Nurmagomedov-Freire) fight, and to be honest it was kind of a cold fight,” Musayev said. “(Freire) didn’t fight with him the same way that he fought with me.

“It’s very interesting for me because I already have some history with Patricky. Now I’m very interested in fighting Usman.” 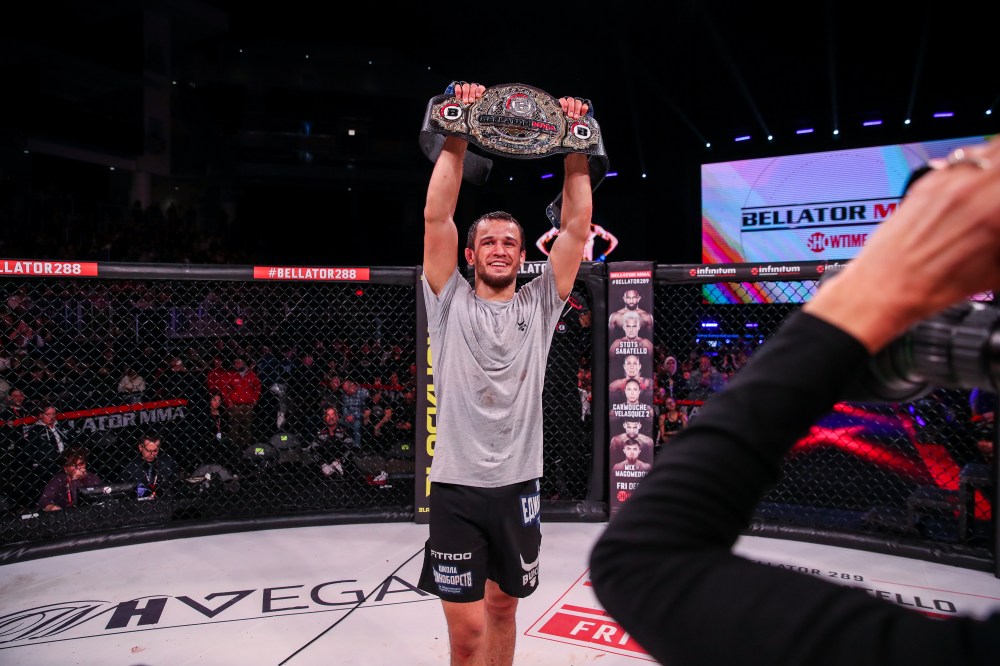