Thomas Tuchel says his evening was ruined by reports Chelsea may not be able to sell tickets for any future home Champions League games this season while Roman Abramovich owns the club and European Union sanctions are in force.

The Blues boss saw his side advance into the quarter-finals by beating Lille 2-1 (4-1 on aggregate) following goals from Christian Pulisic and Cesar Azpilicueta.

The victory came after Sky Sports News reported the club may have to play the rest of the competition behind closed doors due to not being allowed to sell match tickets because of sanctions placed on the club.

“Thanks for ruining my evening.”

Chelsea boss Thomas Tuchel was unaware of a UEFA ruling which means the club are not allowed to sell Champions League home tickets due to EU sanctions. pic.twitter.com/Pygt57Tsqm

“Thanks for ruining my evening,” said Tuchel, whose side has won all five of their matches since Abramovich announced the club is for sale.

Tuchel praised his side’s focus after their latest – and best – victory amid the off-field troubles at Chelsea.

Chelsea advanced to the quarter-finals with a 2-1 victory over Lille and manager Thomas Tuchel says he’s wants to be the team ‘no one wants to face’ in the next round.

“Brilliant, brilliant and so nice so many fans are here to support the team,” he told BT Sport. “We’re in the quarter-finals, it’s a big step and we showed again resilience and mentality, and overcame difficulties. We did what was necessary, dug in and got a deserved win. It’s difficult here [at Lille]well done to the team.

“Chelsea has this kind of culture within the club and the building where we work every day. What I found from day one is this football-first mentality. Everybody pushes the first team every three days to the limit and is focused on football first.

“This is the culture and it is already installed, and this helps us now to focus when the times are difficult, distracted because it’s already there – we don’t need to install it now.

“Of course, we encourage the players and I feel a part of all of this but I’m just a part and that’s why it feels so good that we can still produce results. I’m very proud.” Sky News City editor Mark Kleinman reports that the Ricketts family – owners of the Chicago Cubs – have confirmed that they will bid for Chelsea on Friday. Billionaire hedge fund tycoon Ken Griffin is also involved in the bid.

The owners of the Chicago Cubs and Ken Griffin, the billionaire hedge fund tycoon, have joined forces to table a blockbuster bid for Chelsea Football Club.

Sky News can exclusively reveal that the Ricketts family, who are long-term admirers of Chelsea, and Mr Griffin have formed an investment group that will lodge a formal offer for last season’s Champions League winners on Friday – the deadline set for bids to be in.

The development, which will be publicly announced on Wednesday, presents a formidable competitor to rival bidders as Roman Abramovich’s 19-year tenure as Chelsea’s owner draws to a conclusion.

Sources close to their impending bid said the Ricketts’ record of success with the Chicago Cubs and the financial firepower of their consortium would make an ideal recipe for success at Stamford Bridge. 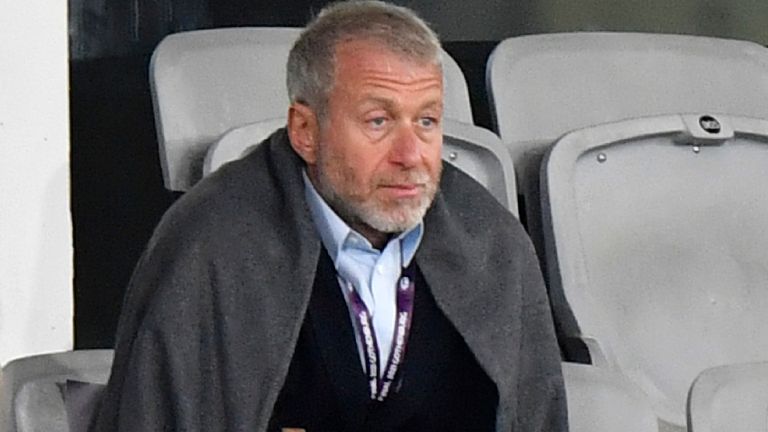 The EU included the Russian oligarch in its updated list of individuals facing assets freeze and travel bans due to his close links to Vladimir Putin.

A UEFA statement read: “UEFA is fully committed to always implementing relevant EU and international sanctions. Our understanding is that the present case is assessed in the context of the license issued in the UK which allows Chelsea FC to continue minimum football activity whilst providing a safeguard that no financial gain will result for Mr Abramovich.

“We will work with the EU and relevant member states to ensure we have full clarity and remain in lockstep with all relevant and applicable measures in line with latest developments.”

The news comes as Chelsea have also withdrawn their request to play Saturday’s FA Cup quarter-final against Middlesbrough behind closed doors after widespread criticism.