Billie Jean King is one of the best players in the history of women’s tennis. In her illustrious career that spanned across multiple decades, she won many illustrious titles. The American has won 39 Grand Slam titles overall with 12 in singles, 16 in women’s doubles and 11 in mixed doubles.

King won against many big names like Martina Navratilova, Chris Evert, and Margaret Court. But the one game that changed how people looked at her and women’s tennis was the famous ‘Battle of the Sexes’, against Bobby Riggs.

The exhibition match was scheduled after Bobby Riggs had openly challenged her after disrespecting women’s tennis. He claimed that he can beat any current top player even though he was 55 years old.

The first person he challenged was King, but since she refused to play, Margaret Court stepped in. 49 years ago, today, on the 14th of May was the day they played this historic match. Billie Jean King took to Twitter to remember the remarkable day.

Remembering the game, King wrote that on this very day, the match between Bobby Riggs and Margaret Court was played in California and the match led to the famous battle of sexes match. She added next year will be the 50th anniversary of the game.

“49 years ago today, Bobby Riggs beat Margaret Smith Court in a tennis match in California. This match laid the groundwork for The Battle of the Sexes, which happened 4 months later, on September 20, 1973. The 50th anniversary is next year! “

This match laid the groundwork for The Battle of the Sexes, which happened 4 months later, on September 20, 1973.

The 50th anniversary is next year! #FlashbackFriday

Notably, the game between Bobby Riggs and Margaret Court was a one-sided affair. Since the tennis veteran won easily against one of the best current-generation tennis players. Further, Bobby taunted all the female players. Eventually, King had to accept the challenge of restoring the dignity of all the female tennis players.

The match held on September 20, 1973 was not just an ordinary exhibition match. The entire world watched history being made that day. The no.1 ranked women’s tennis player King was 29 years old back then. 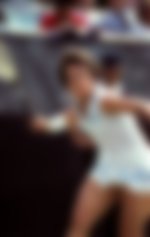 King defeated Bobby in straight sets 6-4,6-3,6-3. This game was a significant event as it restored the faith of people in women’s tennis. Also, King was the torchbearer in the fight for equality between male and female players. She was instrumental in the fight against payment inequality.

Women’s tennis is much stronger today and Billie Jean King was the person who made it possible by fighting against the disparity that prevailed in her times.