‘Year of the Dark Horse’ more than lives up to The White Buffalo’s claim that he’s finally made his ‘headphones album’. Over the past two decades Jake Smith has strode across the nebulous Americana realm like a god among mortals. He’s a mysterious Emmy-nominated artist who conveys grim truths with either a mesmeric whisper or a visceral, damaged roar.

Determined to “escape the acoustic clutches and genres” he felt increasingly shackled to, the songsmith’s latest offering is a kaleidoscopic conceptual adventure that finds him treading new stylistic ground with class to burn. 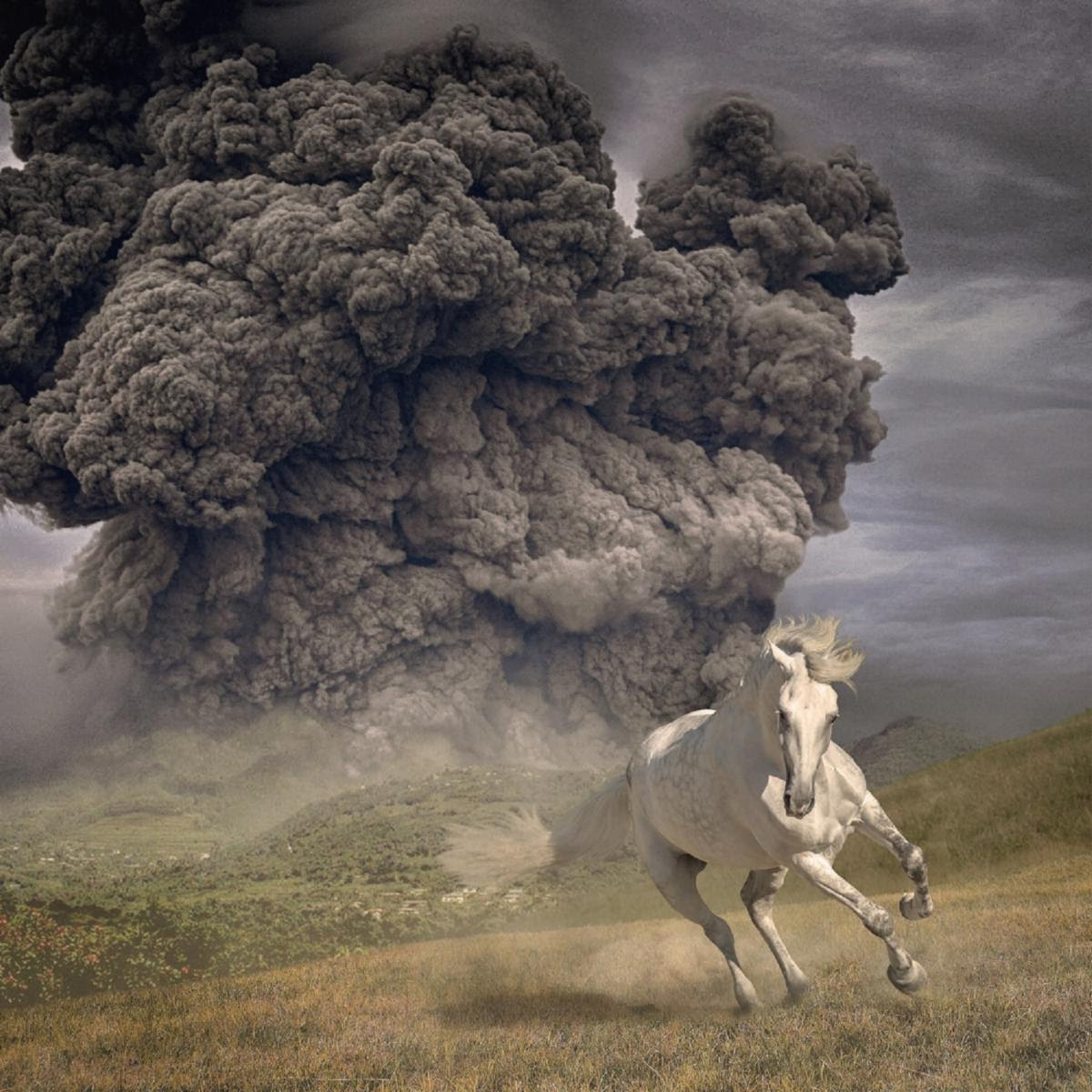 A brutally honest sonic and lyrical journey, told over the course of a tumultuous lunar year in the life of a well-intentioned, but ultimately fallible man, ‘Year of the Dark Horse’ parallels the narrator’s relatable struggles alongside a well-painted backdrop of changing seasons, manifesting mood and setting in splendid harmony.

Starting bright eyed and bushy tailed, New Year’s resolutions are forged with determined optimism in Not Today’s first verse, before swiftly evaporating in the second as old patterns wipe away noble intent. Sound familiar? And as our anti-hero slumps back into such Pavlovian monotony, Winter Act 2 casts its weary seasonal spell over ticking clock percussive strokes.

Kingdom For A Fool, meanwhile, couldn’t evoke daily drudgery any better as it re-imagines Dolly Parton’s 9 to 5 for a claustrophobic indie film. Love Will Never Come / Spring’s Song batters out satanic heavy blues before dovetailing into Pink Floyd ambience and, when Donna enters the picture and skies temporarily brighten, some enchanting vocal passages.

Words can’t do justice to how sublimely textured these vignettes are. Everything from sampled electric guitar loops to fierce church organs, devilish fiddles to slinky dancing piano, and howling distorted vocals to seductive accordion, flourish beneath the singer’s tremulous baritone. Producer Jay Joyce has done a splendid job of retaining Smith’s essence, smoothly stitching his distinct aesthetic into dazzling new finery as the narrative progresses.

Depicting a passionate whirlwind romance in all its death or glory strokes, as spring swoons into summer, She Don’t Know That I Lie sounds like Tom Waits on the prowl in a Parisian dive bar. C’mon Come Up Come Out, in contrast, represents the cautious and hopeful calm before an implosive storm of self destructive tendencies that leads to intense self reflection and some truly magnificent cuts.

Over picked arpeggios that resemble vintage REM, the hypnotically vulnerable Am I Still A Child could be Smith’s Everybody Hurts. Elsewhere, 52 Card Pickup imagines The Band being dragged into a den of ill repute by Nick Cave’s Bad Seeds and Donna, which passively aggressively says “you’re dead to me, but I wish you well…so basically fuck off” is one of many songs where bass and drums perfectly amplify the emotional tone.

An intoxicating synergy of music, concept and poetry, this is a progressively-minded, humane masterwork that, the deeper you dive into the narrator’s world, the more every element resonates in perfect unison. ‘Year of the Dark Horse’ might not be as groundbreaking but, in its own way, this effort isn’t just Smith’s headphones album, it might actually be his ‘Sgt. Pepper’.

NOTE FROM THE EDITOR

We don’t run any advertising! Our editorial content is solely funded by lovely people like yourself using Stereoboard’s listings when buying tickets for live events. To keep supporting us, next time you’re looking for concert, festival, sport or theater tickets, please search for “Stereoboard”. It costs you nothing, you may find a better price than the usual outlets, and save yourself from waiting in an endless queue on Friday mornings as we list ALL available sellers!

Let Us Know Your Thoughts