Graduates from Columbia with a bachelor of arts degree in history and economics. Class president, president of his fraternity (Zeta Beta Tau) and a two-year football letterman (running back and safety).

Buys 50% of Hiatt’s interest in Rand-Whitney. 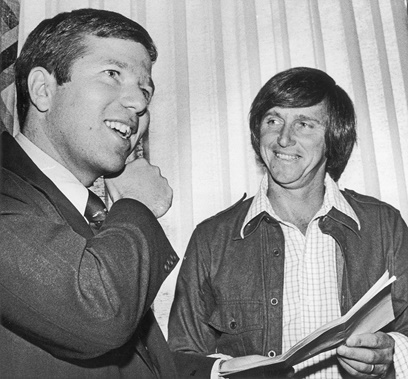 Leads an investment group that forms the World TeamTennis Boston Lobsters. The team, which at one point included Martina Navratilova, folds in 1978.

Becomes director and chairman of the New England Television Corp.

Signs a 10-year lease, with an option to buy, on Foxboro Raceway, a horse track adjacent to the Patriots’ Sullivan Stadium. The deal prevents Patriots founder and owner Billy Sullivan from holding non-team events at the stadium while races are being held.

Bid to buy the Patriots from the financially strapped Sullivan fails. However, along with real estate developer Steve Karp, he buys the no-frills stadium out of bankruptcy court from Sullivan for $ 25 million, and locks the team into a lease through 2001.

NFL commissioner Paul Tagliabue, in a speech to the Greater Boston Chamber of Commerce, says the Patriots’ stadium is “the least suitable facility in the NFL.”

James Orthwein buys the Patriots with plans to move the team to his native St. Louis, and rename them the Stallions.

Kraft’s support of US soccer is rewarded, as Foxboro Stadium is selected as one of the nine host venues for the 1994 FIFA World Cup. The company later became the only organization to host FIFA Women’s World Cup matches in both 1999 and 2003.

A proposed $ 700 million development that would have housed a new downtown convention center and a 70,000-seat domed stadium – dubbed the Boston Megaplex – fails to win support among Massachusetts elected officials.

Buys out Karp to own 100% of the stadium. Rejects a $ 75 million offer from Orthwein to be bought out of the stadium lease. Future St. Louis Rams owner Stan Kroenke also fails in a similar attempt.

Buys the Patriots for $ 172 million, the highest price ever paid for an NFL team at the time. Jeremy Jacobs, CEO of the Boston Garden and Boston Bruins, had been among the bidders for the club and the stadium. 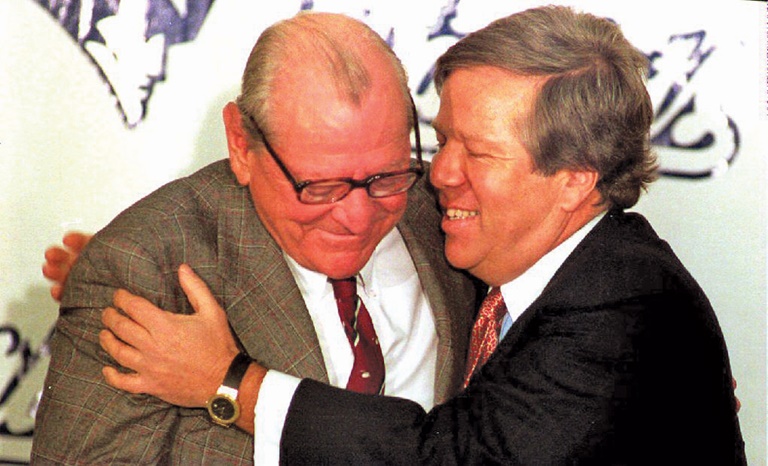 Kraft bought the Patriots from James Orthwein in 1994.getty images

Becomes the founding investor / operator of the New England Revolution, part of the 1996 debut of the 10-team Major League Soccer.

Plans for a privately funded, $ 200 million stadium on a mostly vacant waterfront parcel in South Boston are met with significant neighborhood opposition, based largely on the fear that a stadium would add further traffic woes to an already congested Southie.

Signs a conditional agreement with Hartford to move the Patriots to a proposed $ 374 million taxpayer-funded downtown stadium, as part of the city’s $ 1 billion Adriaen’s Landing development. The state promises to pay for any unsold luxury boxes or club seats for the first 30 years of the stadium’s existence. The Massachusetts legislature responds and agrees to pay what became $ 72 million for infrastructure costs, clearing the way for a privately funded stadium development in Foxborough.

Construction begins on the new stadium, designed by HOK Sport (now Populous) and built by Skanska. It is the only NFL stadium with 100% of the facility, land and parking costs paid for privately and 100% of the infrastructure costs reimbursed to the public by the team.

Andover, Mass.-based internet incubator CMGI signs one of the richest naming-rights deals in history to put its moniker on the under-construction stadium. The 15-year, $ 120 million partnership crumbled, however, as the company’s stock plummeted 98% by the time the venue opened. The Revolution played 10 games while the building was CMGI Stadium, but no brand has had its name on a sports venue for a shorter period of time.

Boston-based Gillette puts its name on the stadium as the NFL preseason begins.

Named the recipient of the NCAA’s Theodore Roosevelt Award, presented annually to a former NCAA student athlete “for whom competitive athletics in college and attention to physical well-being after graduation have been important factors in a distinguished career of national significance and achievement.”

Columbia announces that the playing field at Lawrence A. Wien Stadium will be named Robert K. Kraft Field

Myra dies from ovarian cancer, at the age of 68. The 2011 Patriots season was dedicated to her, and fans held signs with her initials (MHK) at the games. 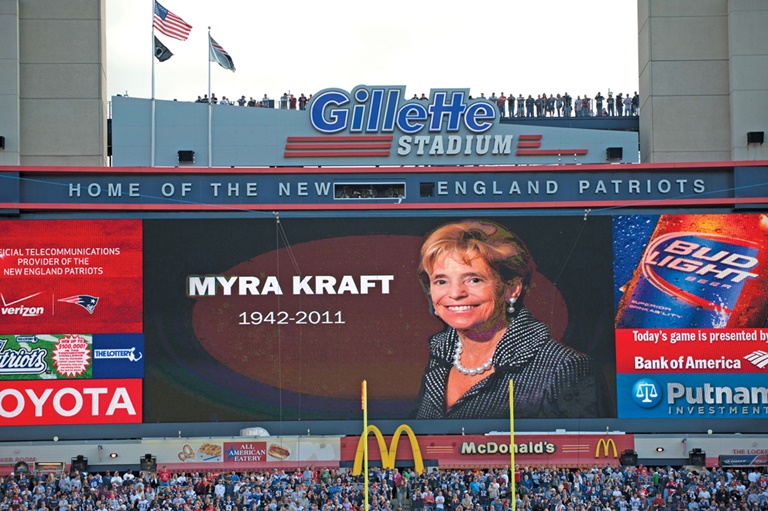 Myra and Robert Kraft were married for 48 years until her death.getty images

Credited by the league and the players as being the key cog in securing a 10-year labor agreement, ending a 135-day lockout.

Inducted into the American Academy of Arts and Sciences, along with singer-songwriter Paul Simon.

Publicly disputes the findings of the league’s’ Deflategate “243-page Ted Wells Report, which led to a four-game suspension of quarterback Tom Brady, a $ 1 million fine, and forfeiture of the team’s 2016 first-round and 2017 fourth-round draft picks, describing it as “ambiguous circumstantial evidence.”

Kraft Analytics Group (KAGR), an analytics technology platform and consultative services company in the sports and entertainment industry, is launched.

Announces that discussions are underway with UMass Boston about the possibility of building a soccer stadium on waterfront land owned by the Boston school on the grounds of the old Bayside Expo Center. The plan was abandoned a year later.

Inducted into the Broadcasting & Cable Hall of Fame.

Named honorary chairman of the board of the United Bid Committee of Canada, Mexico and the United States, and helped secure the 2026 FIFA World Cup for North America.

Patriots win their sixth Super Bowl, tying the Pittsburgh Steelers for the most in NFL history.

Announces that the company will likely invest $ 400 million to build a new soccer stadium complex, although the site is still to be determined.

Donates AirKraft, one of two Boeing 767-300ERs that serve as the company’s team planes, to transport more than 1 million N95 protective masks from China to the United States. The Kraft family reportedly pays roughly $ 2 million to help with the costs. During the pandemic, Kraft provided the stadium as a site for blood drives and drive-thru COVID testing and vaccinations. He also purchased Chromebooks for Boston Public Schools to allow students without computers to attend classes virtually.

Sells 285,704 of his DraftKings shares, which is slightly more than 10% of his holdings in the company.

The NFL secures a record $ 110 billion in new media rights contracts; in a videoconference with team owners, Commissioner Roger Goodell singles out Kraft for praise for getting the deal done.

Invests in Drive by DraftKings, a venture capital firm backed by Boston-based online sports-betting operator DraftKings Inc. The Jones family of the Dallas Cowboys and Boston Red Sox President and CEO Sam Kennedy are also part of the network.

News breaks that Kraft and Dr. Dana Blumberg, an ophthalmologist, are engaged.

A $ 24 million donation to the Harvard Business School leads to the establishment of the Robert K. Kraft Family Fellowship Fund, “which will benefit promising young leaders with high potential but limited means to attend HBS.”