A 32-year-old Chinese man who shot to fame after starting a journey from western Europe to China on horseback may have to cut his trip short after allegations of animal abuse.

Xu Zhixian, from Heze in Shandong province, eastern China, was detained by police in the Netherlands recently after they received complaints alleging Xu was abusing his horse, Toutiao News reported.

On February 20, Xu started a planned journey riding his eight-year-old purebred Arabian white male horse, Huihui, from Spain to central China. Moving about 30 kilometers a day, he has so far traveled through Spain, France and Belgium.

Do you have questions about the biggest topics and trends from around the world? Get the answers with SCMP Knowledge, our new platform of curated content with explainers, FAQs, analyzes and infographics brought to you by our award-winning team.

Late last month, the pair reached the Netherlands after covering more than 2,500 kilometers.

In a video Xu posted online earlier this week he said local police in the Netherlands had detained him and taken his horse into custody, but said he was released two days later after they failed to prove the abuse allegations.

Xu then resumed his journey, however, two days later the police questioned him again, this time with a vet accompanying them.

The vet gave the horse a full health check and then, according to Xu, told him that the horse had received an injury before he purchased it.

‘Are they vampires?’: parents sue daughter for not buying younger brother a home

“I am informed that the horse does not feel up to a long journey based on the policy of animal protection groups,” Xu said.

Xu said he followed police guidance to stay put and wait three more weeks until the police and vet came for a follow-up review.

Xu said he is now resigned to the reality of the situation and told the police that they would end their intercontinental journey if necessary.

“I will probably look for a farm for the horse. We will end this trip if the horse feels unwell,” Xu said.

A video news report on Xu and his horse had received 5.14 million views and 6,019 comments on mainland social media at the time of writing. Many people said they believed he had abused the horse, but some said they believed Xu had not violated any laws. 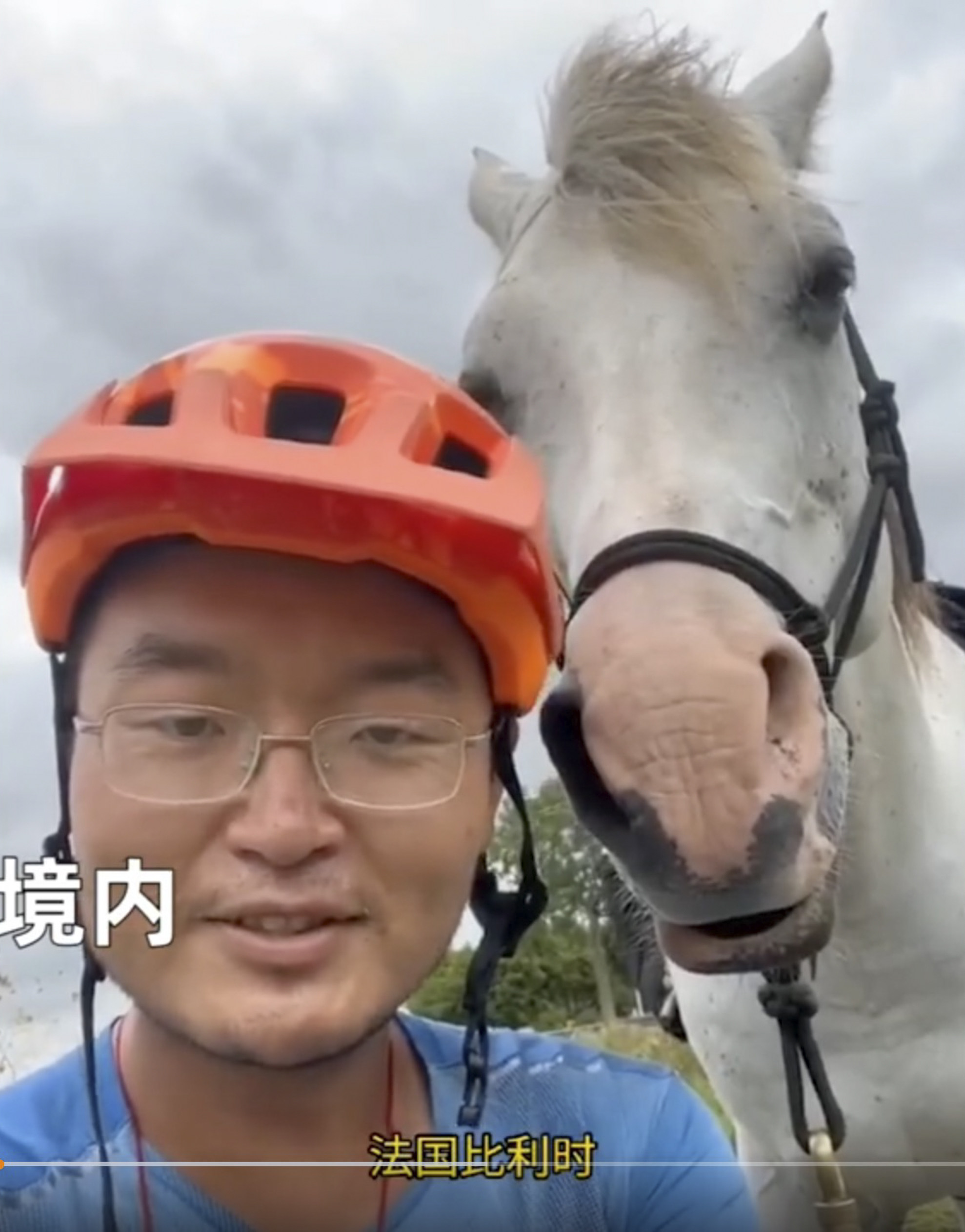 One commented: “Isn’t the horse exhausted?! Sacrificing the horse for internet traffic!”

“Would it be better if he traveled by walking or cycling? On a horse? I think he is abusing it,” another wrote.

Another commenter said: “Is riding a horse considered cruelty to animals? How about the equestrian competition at the Olympic Games?”