Tennis star Nick Kyrgios said he was worried the media would slam him if he was on the losing team at a celebrity basketball game to raise money for sick children just before turning in a performance that saw him labeled a ‘jerk’ by a legend of the sport.

American NBL great Steve Carfino was appalled by Kyrgios’ efforts in the Sydney Kings game on Sunday, and called him out for hogging the ball and blocking shots made by Miss Universe Australia Maria Thatti and NSW Premier Dominic Perrottet.

‘What a jerk. Oh my goodness, ‘Carfino said on Fox Sports’ The Back Page.

‘What a lack of sportsmanship. He’s blocking girls ‘shots, he’s not passing to his teammates.’

Kyrgios hit back on Wednesday, branding Carfino a ‘potato’ and criticizing him over his short career in the NBA.

Now it has been revealed Kyrgios was determined to play hardball out of fear the media would criticize him if his team lost.

‘I can’t lose this game – the media will give it to me if I lose,’ Kyrgios told Daily Telegraph journalist Matt Logue – who played alongside the tennis star in the charity match – as he ran on to the court. 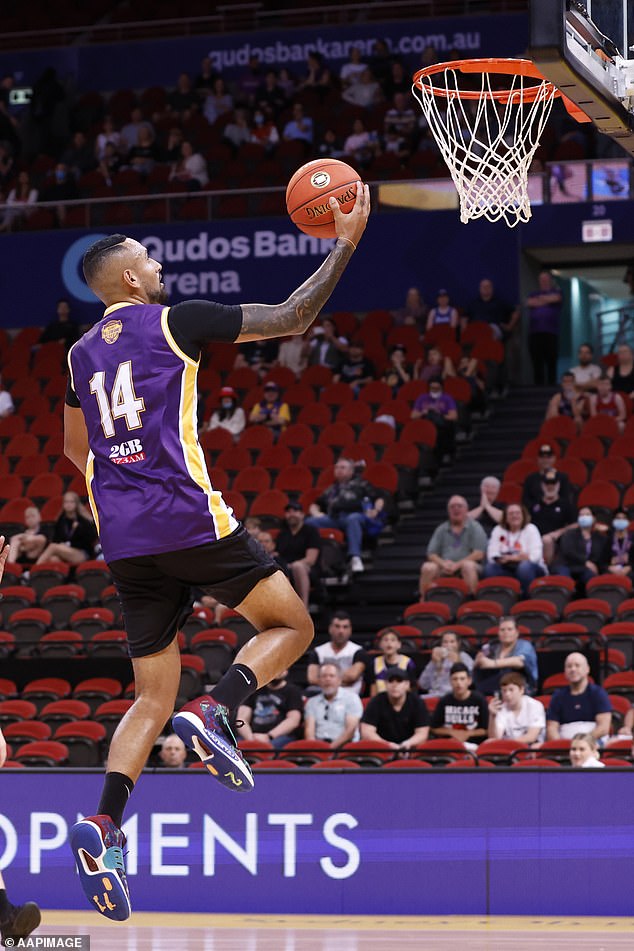 The 193cm tennis star and huge NBA fan said he was afraid of being slammed in the media if his team lost. He was named best on court as his side easily won the game

Logue added that while Kyrgios did play aggressively at times, he also happily spent time with all the other players and ‘even helped lift one young girl up in the air so she could dunk while he playfully guarded another child in a wheelchair’.

Carfino – an ex-Boston Celtics player who gained fame when he starred for the Sydney Kings NBL team from 1988 to 1991 – blasted Kyrgios for showing off and disrespecting his teammates and opponents.

‘I just thought it was unsportsmanlike, you know? It wasn’t the right moment to show how dominant you can be against, you know, Australia’s contestant for Miss World.

‘He’s trying to block her shot. He’s going hard, blocking the shot of the premier, you know, he didn’t come out, he refused to come out of the game. ‘ 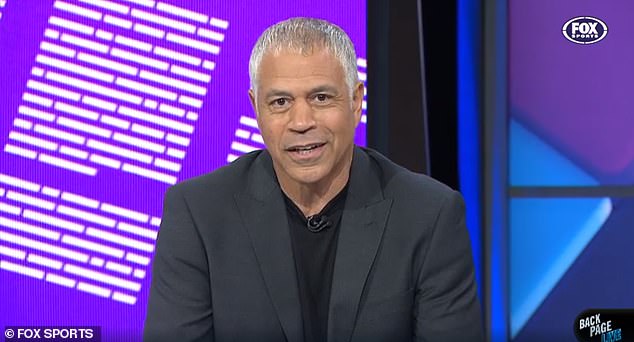 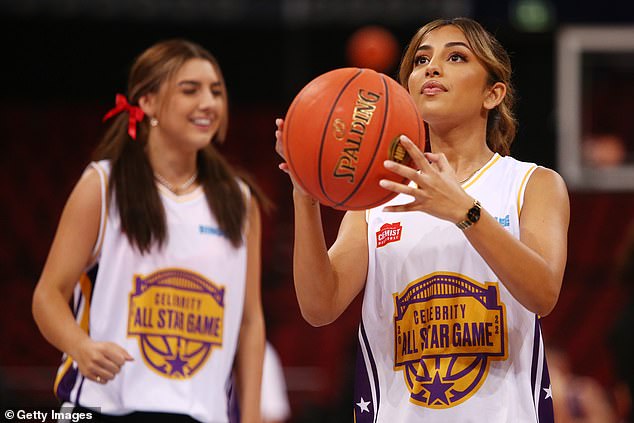 Kyrgios scored 16 points in his team’s 37-13 win and was declared the best player on the court.

The 193cm NBA fan was having none of Carfino’s criticism.

‘Lack of respect? You potato, have a look at my foundation and look me in my eyes and tell me what lack of respect there is for that? ‘ he posted on social media.

‘Maybe if you showed less sportsmanship your NBA career would have lasted longer (laugh emoji).’

On Wednesday morning, Carfino bit back after Kyrgios’ comments and said his play in the game reminded him of a Seinfeld episode in which Kramer beats up little kids in a karate class. 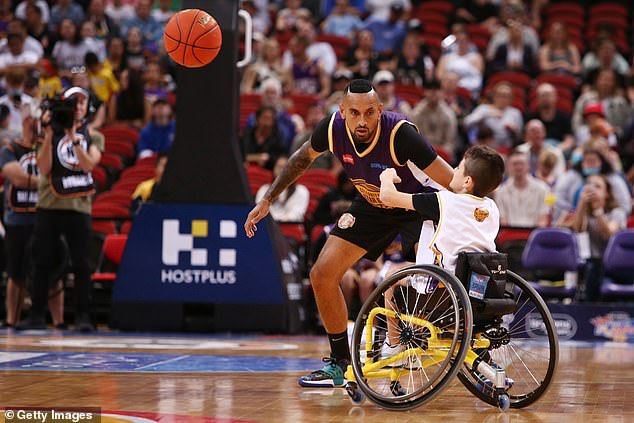 ‘So I just thought, you know what, all the tennis players in Australia, I find it Nick Kyrgios the most entertaining to watch, I do think there’s a time and a place for it.

‘If that’s what he has to tap in to get to the world class level, that’s fine I get it. But there’s, that was the wrong time in the wrong place. I just felt like his behavior of him in that game, you know, wasn’t right for that moment. That’s all. ‘

Footage shows the six-time ATP title holder, who spends a lot of free time playing basketball and stands at 1.93m tall, racing across the court, towering over Ms Thatti, and knocking the ball away from Mr Perrottet. 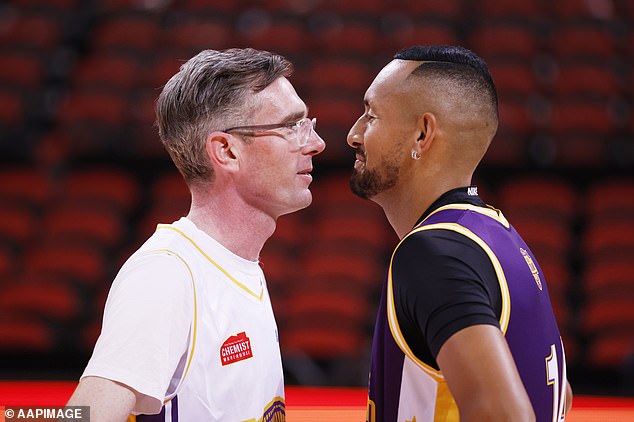 After Carfino gave him both barrels, Kyrgios (pictured with NSW Premier Dominic Perrottet at the game) fired back and called the NBL legend a ‘potato’

Kyrgios’ fierce show in the stadium also caught the attention of NBL legend Corey Williams, who noticed he was’ going hard ‘.

‘OMG @NickKyrgios put a series of moves on the NSW Premier Dominic Perrottet in the Celebrity ASG and hit the bucket. He blocked his shot twice, ‘Williams tweeted.