With the lead of the Premier League changing hands twice and a twist in the battle for Champions League football, it proved to be another action-packed weekend in England’s top flight.

Liverpool briefly went top of the table after their 2-0 Anfield success over Watford at Saturday lunchtime, only for Manchester City to reclaim their place at the summit following their two-goal success at Burnley.

Tottenham’s top-four hopes looked set to be going up in smoke when they fell behind at home to Newcastle but after coming back to win 5-1 and then watch their rivals Arsenal collapse to a 3-0 defeat at Crystal Palace, it leaves them in the pound seats for Champions League football next term.

Manchester United’s own inconsistencies saw them stumble to a 1-1 draw at home to Leicester City as their target to break into the top four suffered once more.

But perhaps the most impressive performance of the week came from a side who have taken a giant step towards earning Premier League safety for another season after Brentford earned an incredible 4-1 win at Chelsea.

With that in mind, meet your latest Top 10 of our Power Rankings …

By their recent standards this hasn’t been a memorable season for Leicester City who at best can only hope to end the campaign with a respectable finish inside the top 10.

Still, the positives need to be taken where they can and James Maddison is looking like he is clicking back into gear again.

In his last four Premier League games he has contributed towards three goals – including providing the superb assist in delivering the cross for Kelechi Iheanacho to nod Leicester in front at Manchester United.

Fred may have equalized for the hosts, but Maddison was unlucky to see a winner ruled out late on at Old Trafford following a perceived foul on Raphael Varane in the build up. 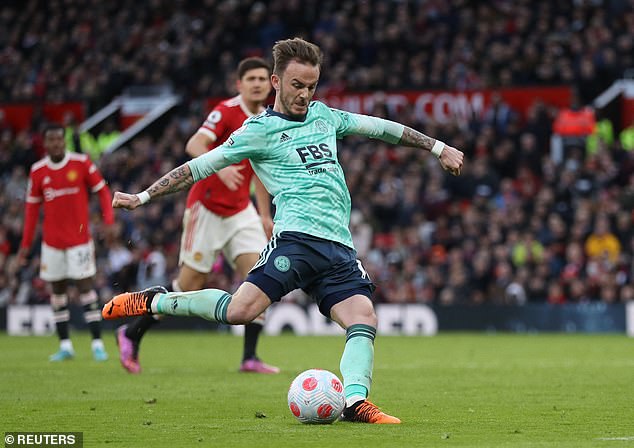 Granted Burnley on evidence of their current league position inside the relegation zone are not the toughest opponents Manchester City could have faced this weekend.

But this was a potential banana skin in waiting for Pep Guardiola’s side given they had just lost top spot to Liverpool a couple of hours earlier and now had the task of trying to break down a side who on form could prove stubborn under Sean Dyche at Turf Moor.

The pressure and the spotlight was on and they needed their key players to step up and deliver under the circumstances.

Recalled to the side after two Premier League games out, Sterling did not disappoint by assisting both goals as City eased to a 2-0 victory to return to the top of the table. The forward stepped up when Pep Guardiola needed him most. 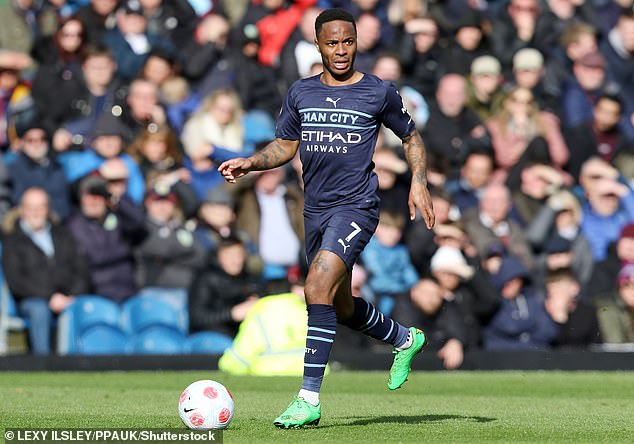 Spurs have enjoyed an upturn in form since January and it cannot be ignored how much of that is down to new arrival Dejan Kulusevski.

The forward has added a new dimension to Antonio Conte’s attack since joining on loan from Juventus and has helped the club score 30 Premier League goals in 2022 – at least three more than any other side in the top flight.

The 21-year-old has been involved in seven of them, including at the weekend where he set up Son Heung-min in a 5-1 thumping of Newcastle United.

If he keeps up this sort of form until the end of May, it’s hard to see the north London side not making his loan stay a more permanent one. 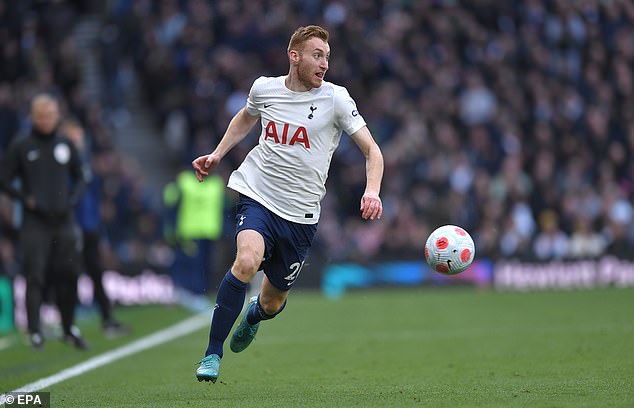 In the side to score goals, yet despite Brentford netting four at Chelsea, the striker was nowhere to be found on the scoresheet.

He had the opportunities too, missing three decent chances and they looked like being costly once Antonio Rudiger gave the Blues the lead after half-time.

Yet the striker was far from easy to deal with for the Chelsea back line and he was a constant nuisance throughout the affair at Stamford Bridge where Brentford defeated their rivals for the first time since 1939.

It wasn’t all without produce though, as the 26-year-old was on hand to provide the assist for Vitaly Janelt’s second goal that helped take the game away from the hosts at 3-1. 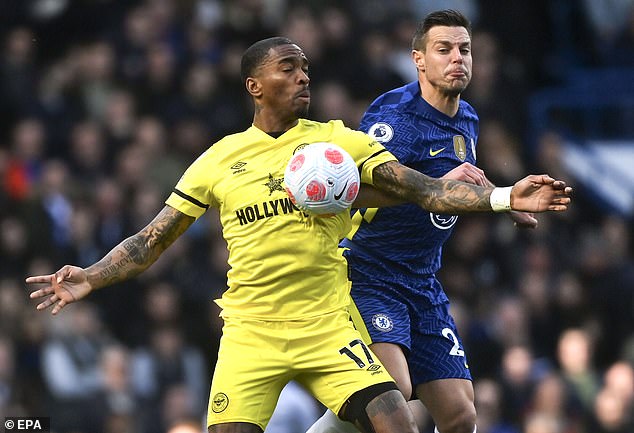 Wilfried Zaha may never get another chance to earn his move to another Champions League chasing club again, but he will always be a fearful opponent for those teams.

Zaha of course endured a torrid time at Manchester United after leaving Crystal Palace in 2013, before returning a year later, and he has since been linked with moves to Tottenham Hotspur and Arsenal.

And it was the latter that felt the full force of the forward’s undoubted top class ability in Palace’s superb 3-0 victory on Monday night.

Zaha pulled the attacking strings for the home side before winning and converting a penalty kick that ensured Patrick Vieira’s side picked up one of their finest wins of the season, while Zaha netted his fourth goal in five games. 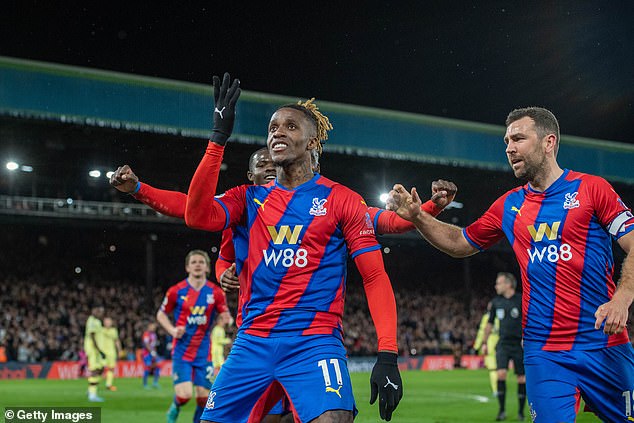 A good recovery this week from De Bruyne who last time out tumbled down to eighth having previously been top.

Like Sterling, he was another key figure in the City squad that Guardiola needed to perform at Burnley and he wasted no time in doing so.

Any potential nerves were soon calmed by the brilliant Belgian though who took just five minutes to find the target.

He was involved again for the second, combining with Sterling who then set up Ilkay Gundogan to complete a 2-0 victory. 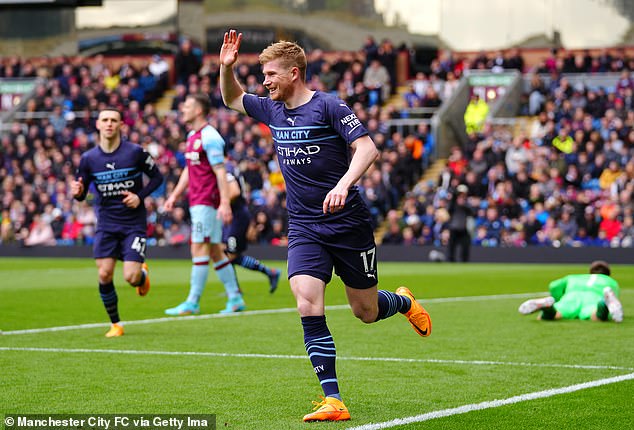 Like Liverpool’s net, there is no movement this week for Joel Matip who continues to play an important part in a watertight Reds defense.

The most impressive aspect to the Cameroon star’s game is that there was a danger he could have dropped out of the starting XI at the beginning of the season following the summer arrival of Ibrahima Konate and the return of Joe Gomez from injury.

Instead his impressive form has largely contributed to keeping both out of the side, and in recent months he has even improved to become Virgil van Dijk’s preferred center-back partner.

Although he has missed two games this year, Liverpool have won the other nine while conceding just two goals with Matip at the helm. 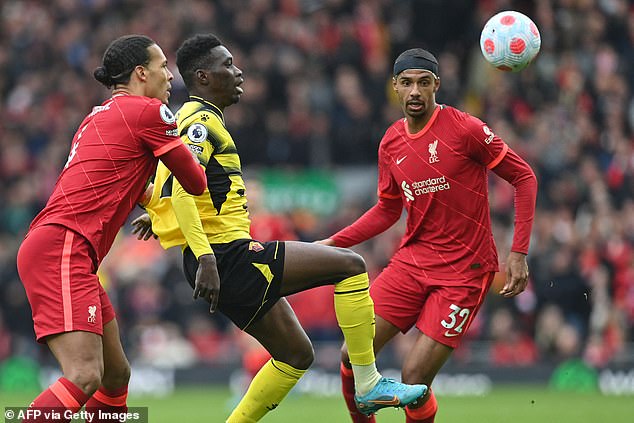 Potential signing of the season? Christian Eriksen certainly has a case to be one of January’s best pieces of transfer business at least as he goes from strength to strength at Brentford.

No one knew what player would arrive in west London as he looked to battle back from his on-pitch cardiac arrest at Euro 2020 last summer which following his release from Inter Milan left him as a free agent.

But it’s taken just four games for him to become a key player in Thomas Frank’s side after he netted the crucial second goal in the Bees’ 4-1 win at Chelsea.

It’s not just finding the scoresheet that has earned him a rise up the rankings though. Brentford have only won three of their last 13 games, and only drawing once in that run. Those wins are the only matches in which the Dane has started for the Bees. 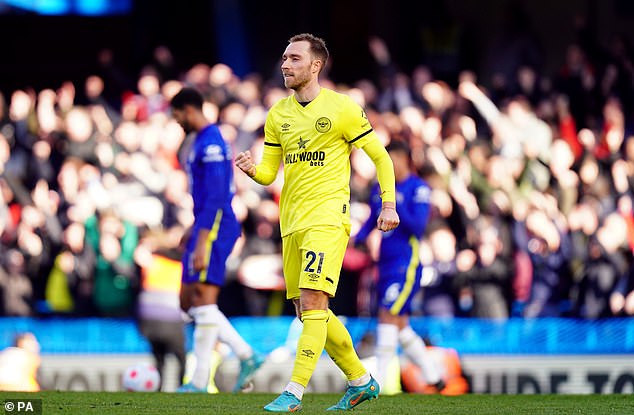 After a very slow start to the season by anyone’s standards, Harry Kane is absolutely flying now down at Tottenham Hotspur.

Even when he isn’t finding the net you can rest assured he will still be involved in helping his team-mates do so.

For him not to score in a 5-1 win over Newcastle is perhaps concerning but given his build up play and perfect cross for Matt Doherty to head home, it an incredible second half of the season under Antonio Conte as he continues his development as an all round forward.

March’s Premier League player of the month has now been involved in an incredible 11 Tottenham goals in just their last eight games. 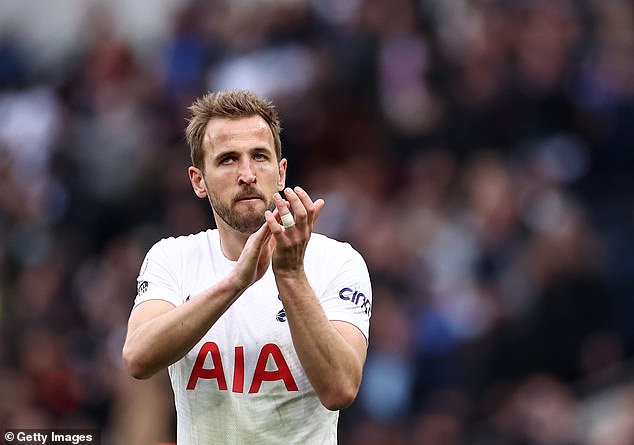 But this week’s Power Rankings plaudits don’t go towards a player scoring goals, instead they are awarded to a center-back who has proven to be rather good at keeping them out.

Another week, another Liverpool win and yet another clean sheet for the Reds for the first time since December went top of the Premier League (OK, for only about two hours) following a 2-0 win over a stubborn Watford side.

While the Reds labored at times in attack, Virgil van Dijk once again helped keep a shutout at the back that has now ensured Jurgen Klopp’s side have kept 14 clean sheets in just their last 19 games.

Should the Reds go on to win the title at the end of the season, there is surely a claim for Van Dijk to be in with a shout of Player of the Year – especially in light of his comeback from a horrific injury that ruled him out for most of the 2020-21 campaign. 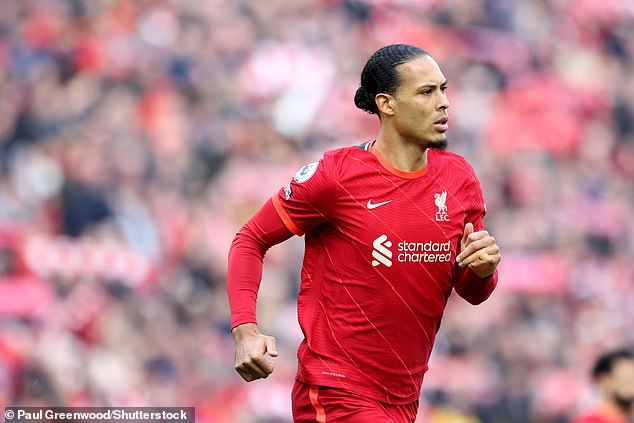