PAUL Danan has revealed that he has become an ace at playing tennis following his recent drug relapse.

The former Hollyoaks star opened up to The Sun recently about how he has turned his life around after ending up back on cocaine and without a roof over his head during lockdown.

And now the podcast host, who has been to rehab 17 times, says he has become so good at playing tennis, the racket sport is his “drug now”.

“I play tennis with my brothers like a nut,” reveals the 43 year-old. “Tennis is my thing, it’s my drug now.

“I am semi professional and play for the Lawn Tennis Association. I’ve joined a big club in Bristol and play in a league. I have really found my new thing.”

And Paul says his ADHD, which he was diagnosed with in 2019, has helped with his abilities on the court. 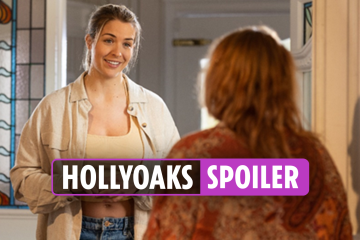 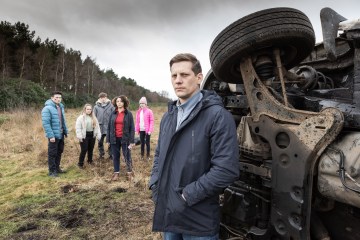 “My ADHD loves tennis because you can really focus with it,” he explains. “I see my ADHD like a superpower now.”

The Celebrity Coach Trip star, who is dad to son DeNiro, six, spoke out last week about how his world fell apart while quarantining at his parents house in Essex during the first wave of the coronavirus.

“The big thing that helps ADHD is to be around people, but because my dad was high risk for COVID, I couldn’t even meet anyone for a walk in case I caught the virus and brought it back to the house.

“It was also really hard not being able to see my son DeNiro, who was in lockdown with his mother back in London [Paul co-parents DeNiro with his ex].

“I started to get really bad cabin fever and frustrated. I needed to get out and felt like I was going mad. “

After Paul made the fateful decision to offload his own flat in Hertfordshire, he ended up coming into contact with someone who sold him cocaine.

“I didn’t want to keep paying rent on a flat I wasn’t staying in, so I decided to get rid of it.” he recalls. “But when I went to collect my things, I saw an empty baggie when I was clearing up and it triggered something.

“I ended up bumping into someone outside and getting some cocaine from them. It was a moment of like, ‘F ** k it, I’m not going to get another chance.’ Then I went back to my parents and used.

“I only had a few lines but it was enough to get the taste again. They say one line is too many, a thousand is never enough, and that’s what it’s like.

“I felt terrible, so guilty and ashamed. I reckon over the years I’ve spent about £ 1million on rehab and recovery, and yet there I was doing it all again.”

Paul went on to reveal how he ended up going to stay with a friend in Bournemouth, but after a fallout, wound up on the streets.

He recalled: “I tried to get a hotel but none of the hotels were taking anyone in because of lockdown. I didn’t know what to do so I ended up going for a walk on the beach and scoring some drugs.

“I met these dodgy guys who ended up nicking some of the belongings I had on me, and before I knew it it was midnight, dark and I had nowhere to go.

“It got scary. I just walked the streets trying to get into places but every hotel said no to me and I was in tears. I was basically homeless.”

After managing to find a hotel for the night, he went back to London the next day and checked into a Holiday Inn, where he used for two weeks.

“I found another dealer and started using daily in that room. For two weeks, I didn’t sleep and was just taking a few grams of coke all day.

I didn’t eat apart from one croissant a day from the hotel breakfast buffet and then went back to the room. People were worried, phoning and asking where I was but I was losing my mind. “

As the days and nights rolled into one another, hallucinations took hold.

“I started having psychosis and believing that the police were going to come in through the door,” he says.

“I was also seeing things that weren’t really there. My brain was doing somersaults and it was terrifying. I was in a state. “

Fortunately, Paul found a rehab facility, Gladstones, in the Cotswolds, where he managed to get clean and piece his life back together.

Paul has now been clean for 20 months and runs a successful drama workshops through his Morning After Theater Company.

The registered charity aims to help others with mental health and addiction issues by using acting skills as therapy.

Paul said: “So many people fell into addiction, or relapsed during lockdown, the statistics are catastrophic, and it’s really important to break the stigma around that.”

The Morning After with Paul Danan is available on Apple, spotify and all other podcast stores.

For more information on The Morning After Theater Company and to donate to the charity, go to justgiving.com/crowdfunding/themorningaftertc