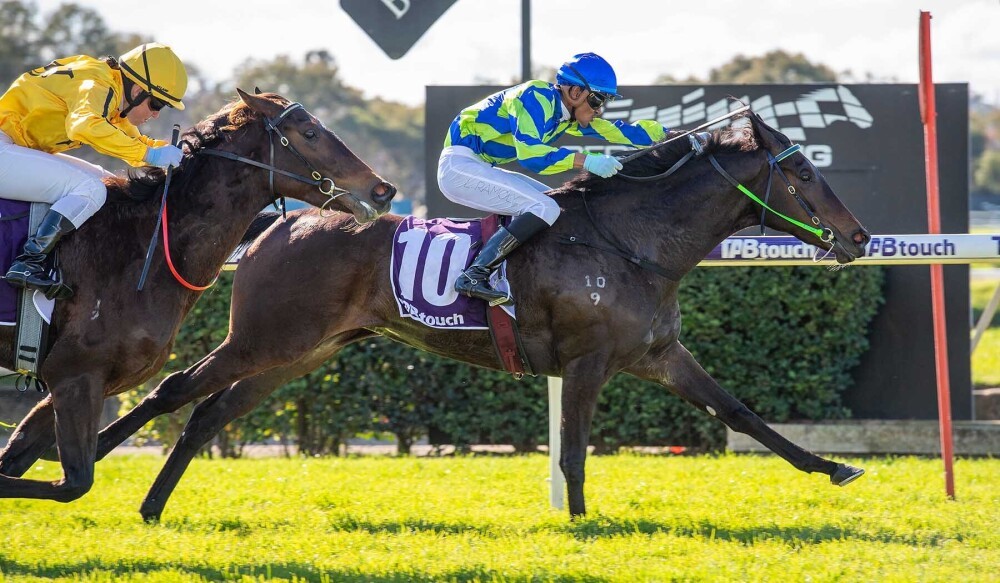 Trainer Neville Parnham is confident Vampi At Play has what it takes to win tomorrow’s TABtouch-Sir Ernest Lee Steere Classic (1400m) at Ascot.

The Playing God filly was beaten more than three lengths by Admiration Express in the WA Champion Fillies Stakes (1600m) last start but gets a chance to bounce back in tomorrow’s Listed feature.

Vampi At Play takes on the third and fourth placegetters from last week’s Group 2 SKY Racing-WA Guineas (1600m) Saintorio and All The King’s Men respectively.

Despite the presence of the two talented gelding’s, Parnham said Vampi At Play had what it took to match them.

“I’m hoping we can get a surface like we saw last week and we can get the best out of her.

“I’m banking on them not quite being at the top of their game.”

Parnham said Vampi At Play “didn’t come out of the run all that great” and felt the run on the firm track in the Champion Fillies Stakes.

Parnham had to scratch his other runner Diamond Command out of the three-year-old feature due to a virus.

Meanwhile, Parnham said Indian Pacific was ready to put in a bold performance in the Crown Perth-Winterbottom Stakes (1200m), despite a wide barrier draw.

“The barrier hasn’t helped but I’m sure he will be whizzing across and taking a prominent role,” he said.

“This horse is just peaking so I expect him to run a huge race.

“He’s going as good work wise as he can go and when he ran second in the Newmarket, I think he’s close to that sort of form.”