Since ownership of the privately held community swim club passed to the borough government some 10 years ago, Oaklyn has struggled to find the funds to reopen it. It may find new life as a different public amenity.

Ever since the privately developed Oaklyn Swim Club fell on hard times and was turned over to the borough to manage, members of its municipal government have been searching for ways to return the property to active use.

For a while, they hoped to restore the facility as a community pool.

After the local government operated it for a year — with then-Mayor Robert Forbes and his wife, Debbie, running the snack stand on a volunteer basis — the seasonal amenity struggled to find community interest.

Officials feared the costs to renovate the pool further in a town of fewer than 1,700 households would have torpedoed the local budget.

“To bring it up to code, we were really going to have to do a lot,” said Oaklyn borough clerk Bonnie Taft. “We even considered if a bubble could be built around it to be used year-round, and rented to high-school teams.”

Ultimately, the borough council concluded that “it was just going to be way too expensive, and it wouldn’t benefit everybody in town,” Taft said.

In March 2022, Oaklyn submitted a grant application to the Camden County government for funds to support its redevelopment as a community recreation facility. Yesterday, the county announced it had approved $25,000 in open space funds for that purpose.

“We are very happy that they decided to jump on board with this project,” Taft said. “We’re going to go through it and see what we can do, and potentially put more money into it at budget time. Everybody’s so committed to getting this area moving because it’s just been so long that it’s been open.”

The grant application lists a number of proposed active and passive recreational amenities to entertain seniors as well as youngsters, from basketball courts and picnic benches to landscaping and a pavilion. But Councilwoman Nancy MacGregor said the list is evolving, and subject to community input. 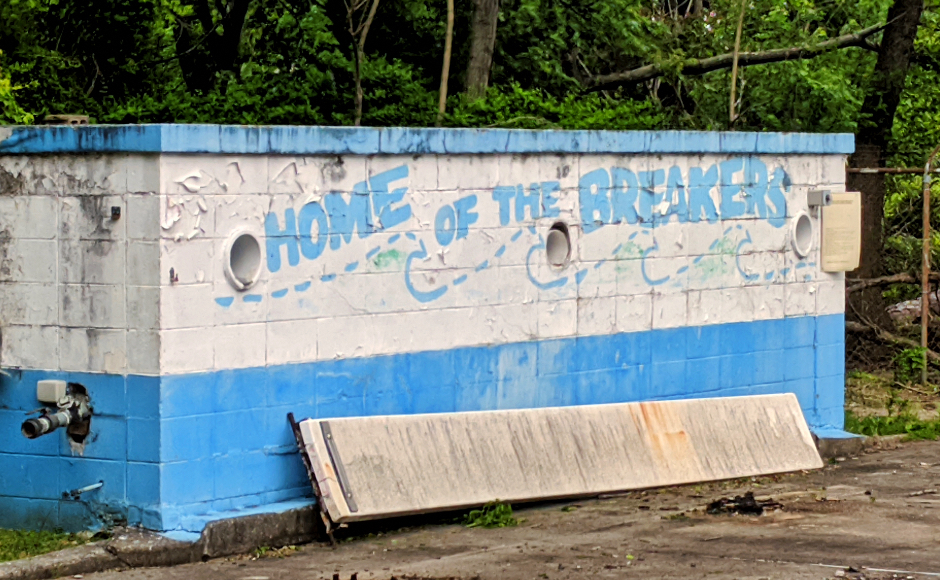 “We’re open to ideas; we want to build something cool,” MacGregor said.

“It’s my mission to make sure that space becomes usable in the center of town for all of our residents.

“It’s not a pool, but we can try and match the fun factor,” she said.

Another consideration for the redevelopment of the nearly one-acre space is whether, with assistance from the county government, to close off the Manheim Avenue cut-through and install a retention basin, the better to prevent stormwater intrusion to Clinton Avenue below.

“The potential for it to turn into a project that has more than one application is there,” MacGregor said. “My goal is to look at it from all angles, get as much feedback as we can, work within our budgetary constraints, and make it a space that might be good for entertaining people as well as handling some runoff.”

The councilwoman estimates that the full project could take as long as two or three years to complete; its scope is limited by funding and the other demands upon the borough public works department, which will handle the work in its off-hours.

Led by DPW Superintendent Rick Hawco, the eight-member department has already begun demolition on parts of the project, beginning by demolishing and backfilling the diving pool, baby pool, and pump house outbuilding.

That demolition is labor-intensive work, breaking up concrete, separating out the rebar inside, and disposing of the waste before backfilling the voids left behind. The crew has also begun shoring up the roof of the former Oaklyn train station, which served as the swim clubhouse.

“We can’t really do anything until we get that other pool demoed,” Hawco said. “We’re still periodically pumping rainwater out of it. Once that area becomes safer, we can start putting ideas in place.” 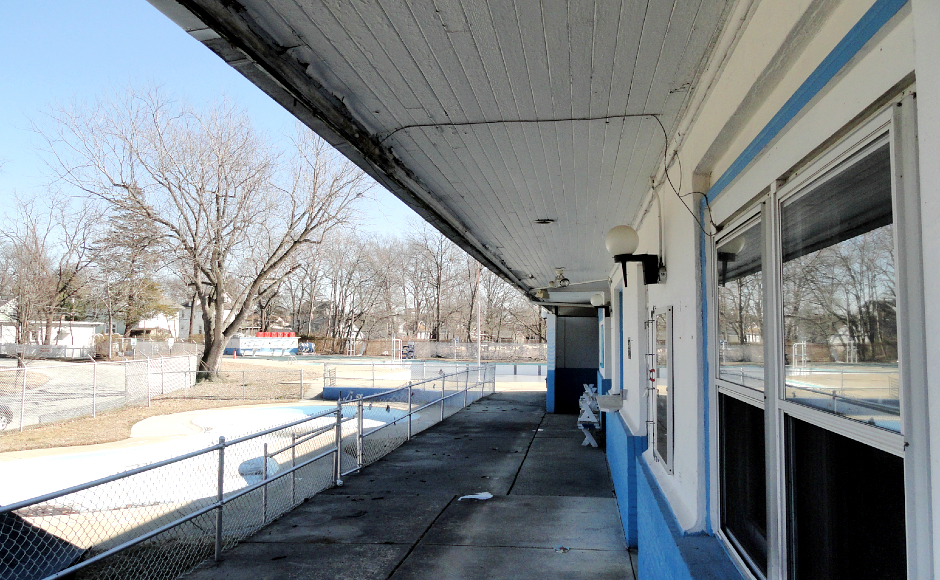 The Oaklyn train station was converted to use by the former swim club. Credit: Matt Skoufalos.

Hawco said he’s hopeful that the $25,000 county investment into the project will be the first of more to follow.

“The hope is that now the county committed $25,000 to it, they’re going to stay committed to it if we can keep showing progress,” he said.

“If it’s something we can use year-round, that would even be better.”

The borough has systematically reinvested open space funds into public parks at its VFW hall and along Kendall Boulevard; using those dollars to revive the former swim club property will address a longstanding issue for the community.

“This was pretty much the last one that’s been sitting dormant a little bit,” Brandley said. “It’s going to take a couple of years of this funding to build it up over time.

“I’m definitely optimistic about it,” the mayor said. “It’s an irregular-sized lot and has no parking; to make use of that space is going to be awesome for Oaklyn.”