Strikes from Guimaraes, on his full Premier League debut, and fellow January buy Chris Wood sealed a comeback 2-1 victory at Southampton after Stuart Armstrong had headed the hosts in front.

Delighted Howe, whose side are now 10 points clear of the relegation zone, said: ‘I have to say I have not seen too much of that, back-heeling the ball in from that range. 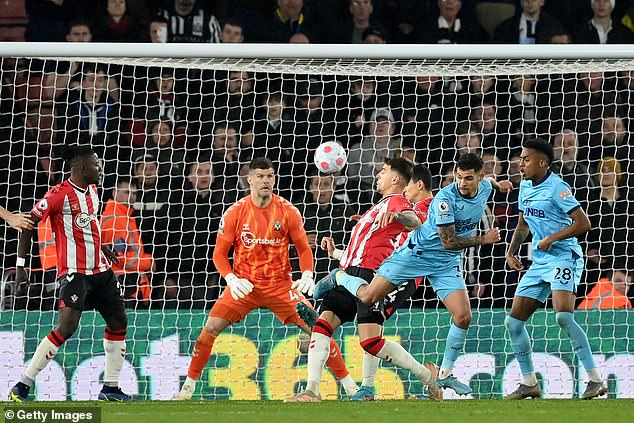 ‘Goal-scoring is not something he has made a name for himself doing but he is capable of the unexpected and that is what he did.

‘The goal was something we probably did not expect from him but shows his technical ability and he is going to be a huge player for us.

‘I thought it was’ welcome to the Premier League’ for Bruno, an end-to-end game, high in transitions and very physical. It will be a really good experience for him.

‘He is a defensive midfielder, but a creative one. The reason we signed him was because we loved his way of playing, his eye di lui for a pass and composure. ‘ 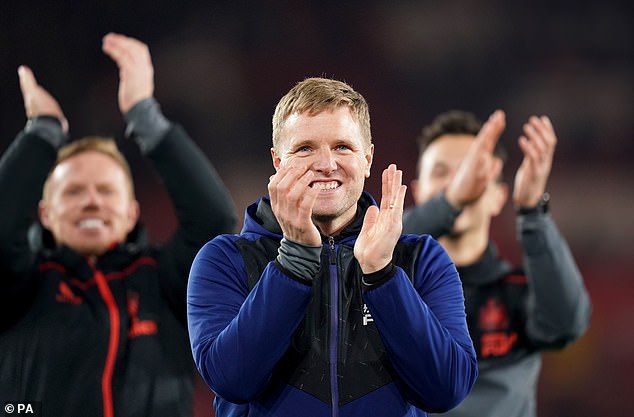 Eddie Howe, whose side are now 10 points clear of the relegation zone, praised his composure

After a bright start by Newcastle, Southampton slowly began to take control and went in front in the 25th minute.

Kyle Walker-Peters floated in a delicious left-wing cross which was headed back across goal by Mohamed Elyounoussi for Armstrong to nod beyond the exposed Martin Dubravka from four yards.

Scotland striker Che Adams then rattled the Newcastle crossbar with a power-packed volley from six yards.

Newcastle were quickest out of the traps after half-time and found themselves in front seven minutes after the re-start. 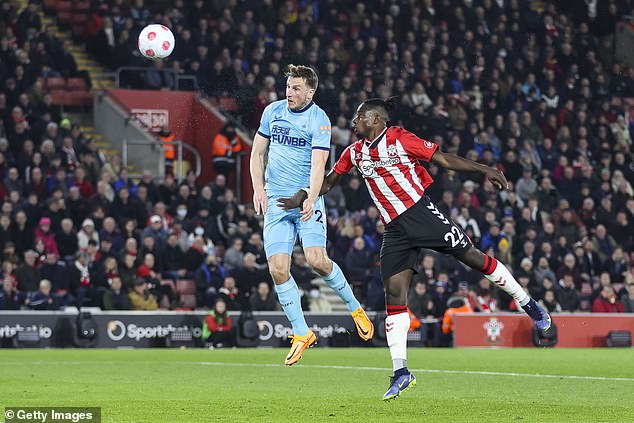 Former Southampton left-back Matt Targett’s corner was headed down at the far post by Dan Burn and Guimaraes improvised superbly to back-heel the ball into the roof of the net.

Newcastle goalkeeper Dubravka made two excellent saves in the closing minutes, first clawing away Salisu’s header and then tipping Armstrong’s long-range effort over the crossbar.

Saints boss Ralph Hasenhuttl said: ‘We had 20 minutes in the second half where I was not happy. After we conceded the second goal, I was confused by what we were trying to do.

‘We tried a lot and the chances were there. We had 16 shots and the difference between tonight and the successful games of the past was we did not take those chances.

‘It is frustrating, but we have to speak about the fact that sometimes one goal must be enough to win the game. We cannot always score two or three to win. ‘ 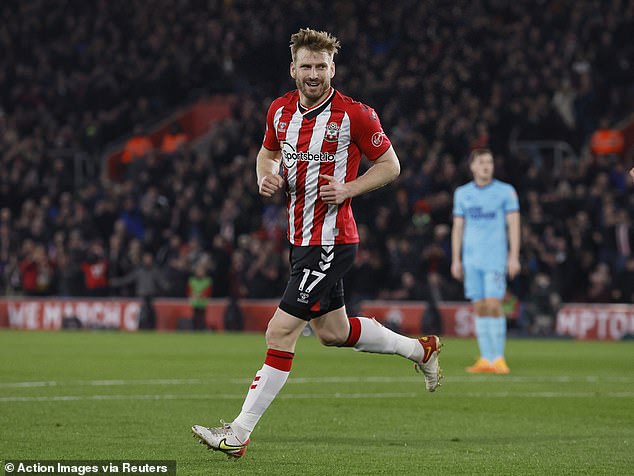 Stuart Armstrong had headed Southampton in front before the visitors’ comeback