CONOR MCGREGOR has dropped a hint that he is set to quit MMA.

The former champion, 34, has not fought since July 2021 after breaking his leg in a defeat to Dustin Poirier.

But he has trained hard in the gym to recover from his injury and previously spoke about returning to the Octagon.

There has been mixed reaction to the statement with some criticizing The Notorious.

One MMA fan said: “Who cares, Never defended a belt and wouldn’t beat the top 6 in the LW division or even Volka at FW, irrelevant in MMA.” 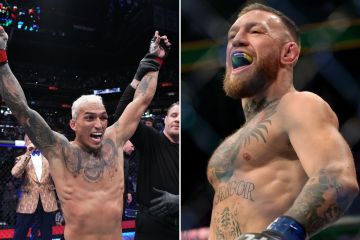 Another added: “‘Easy work’ is big talk for somebody who hasn’t won a fight since Obama could say “I am the president of the united states” outside of Old-Man Cerrone.”

Others supported the decision and wished McGregor well for the future, thanking him for the entertainment he provided.

One Twitter user wrote: “The best to ever do it! Excluding Nobody! Supposed to be number one on everybody’s list! Let’s see what happens when he no longer exists……. Thank You Sir For All The Memories & all the inspiration! I I’m Team Mac through & through.”

Another fan said: “He should honestly retire. He’s already accomplished everything he could and he doesn’t need to fight anymore.”

JOIN SUN VEGAS: GET A FREE £10 BONUS WITH 100s OF GAMES TO PLAY AND NO DEPOSIT REQUIRED (Ts&Cs apply)

McGregor may retire from UFC but he could put the gloves on once again for a boxing rematch against Floyd Mayweather Jr.

The pair are believed to be “very close” to cutting a deal for the multi-million dollar fight – with Money “willing to put his unbeaten record on the line”.

But Jake Paul wants to face McGregor instead, suggesting he would put on a better show than the 50-0 champ.

He said: “Me vs Conor McGregor is a way bigger fight (than Mayweather).

“That’s the one everyone really wants.”

There is still a chance McGregor could return to the UFC as this is not the first time he has retired. 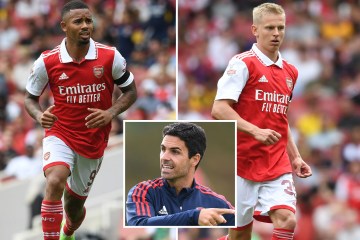 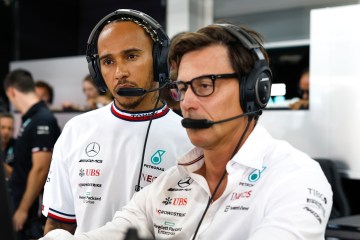 In April 2016 the Irishman announced he was quitting with a now-famous tweet, saying: “Thanks for the cheese.”

And he also said he was having up the gloves after losing to Khabib Nurmagomedov in October 2018 and again in June 2020 after revealing UFC did not excite him.