Sadique Henry is a captaincy pick for this game.

Middlesex Titans and Surrey Risers will clash in Match 13 of Jamaica T10 2022 at Kingston. Titans have two wins in four league matches and are positioned second in the points table. In their last outing against United Stars, the Titans won by 18 rans and defend their total of 81. The team will look to find the contributions from Jamie Merchant and Oshane Thomas.

On the other hand, Risers are at the last position with one win in four league fixtures. They fetched their first victory by 21 in their latest outing against Surrey Royals after posting a score of 88. The key players of the team are Warren Campbell and Sadique Henry.

The batters have managed to garner a good amount of runs in almost every match of the ongoing tournament. It will all depend on the bowlers if they can maintain their line lengths and put brakes on the opposition.

Chevonie Grant has picked up five wickets in four appearances at an economy of 8.67.

Sadique Henry has garnered 110 runs in four innings of the tournament. In the last fixture, he scored 39 off 27.

Oshane Thomas finished with figures of 3/9 in the last outing. In four matches, he has scalped six wickets at an economy of 10.43.

MIT vs SRI Must Picks for Dream11 Fantasy Cricket: 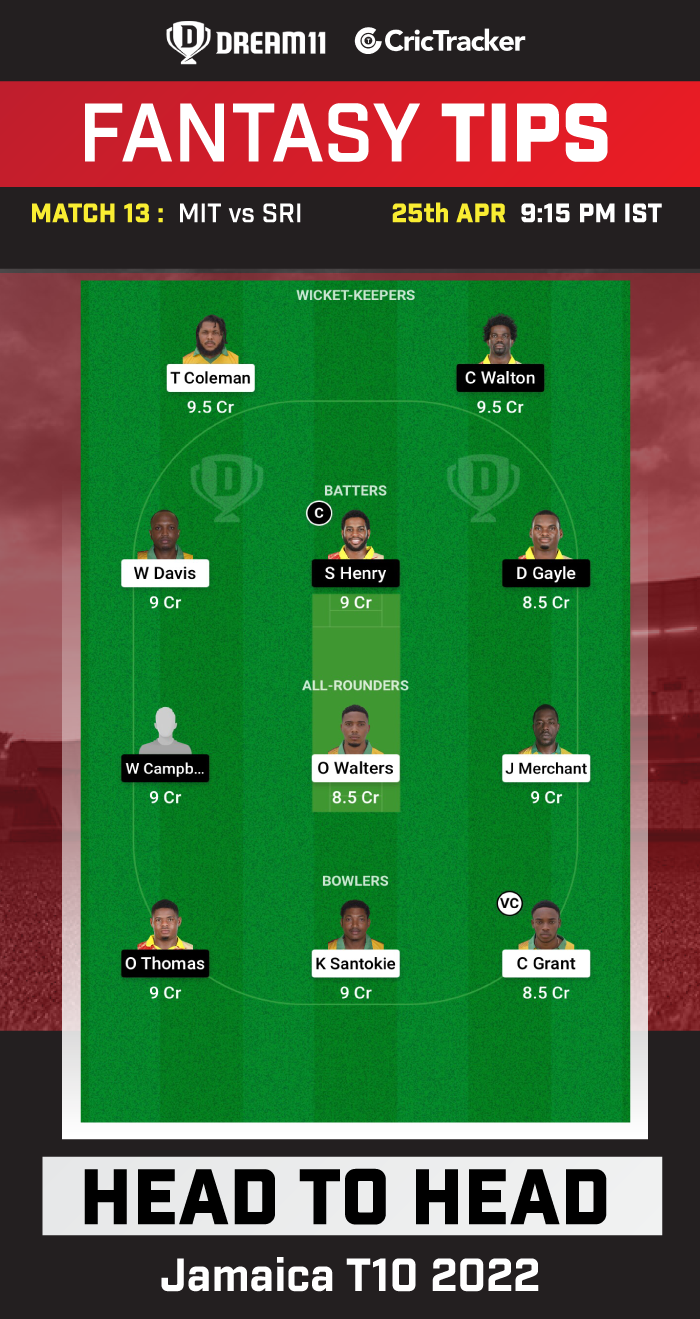 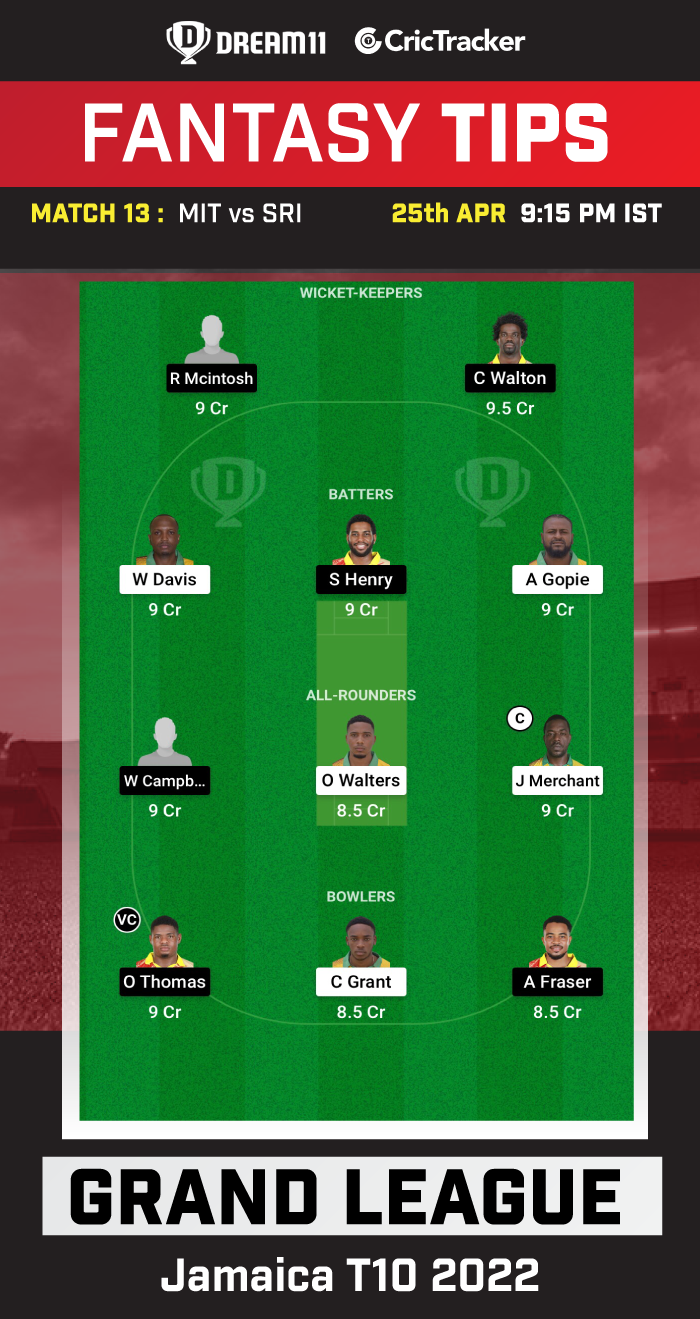 MIT is expected to secure a victory in this fixture.