Ajax boss Erik ten Hag has been “sounded out” through intermediaries by Manchester United as the Premier League club continue their search for a new manager.

While there is yet to be any official contact between United and Ajax over Ten Hag, it is understood the 52-year-old would be very keen to speak to the Old Trafford side should they make a formal approach.

United have a good relationship with Ajax, with their former goalkeeper Edwin van der Sar the chief executive at the Eredivisie club.

Ten Hag – whose contract expires at the end of next season – is understood to remain focused on his job at Ajax, who currently top the Eredivisie by two points.

The Dutchman has been in charge of Ajax since December 2017 after leaving Utrecht, and helped them to the domestic double in 2019 and 2021.

Ten Hag has also coached Go Ahead Eagles in his homeland, as well as Bayern Munich’s reserve side.

United have been searching for a permanent manager since sacking Ole Gunnar Solskjaer in November. The former United striker oversaw a poor start to the season, which included a 5-0 home thrashing by rivals Liverpool and a 4-1 defeat at relegation-threatened Watford.

Solskjaer was replaced on an interim basis by Ralf Rangnick, who has won eight of his 18 games in charge in all competitions, with just three defeats.

However, Rangnick’s side did go down 4-1 at Manchester City on Sunday, with his side’s performance coming in for heavy criticism from United legends Gary Neville and Roy Keane.

FREE TO WATCH: Highlights from Manchester City’s win over Manchester United in the Premier League

Rangnick is scheduled to hand over the reins to a new manager in the summer before taking on a consultancy role at Old Trafford.

Sky Sports News first reported in November that Mauricio Pochettino is United’s first choice, with Ten Hag seen as the No 2 option.

Pochettino has been in charge at Paris Saint-Germain since January 2021, winning the French Cup and Super Cup during his first season.

PSG – who lead Ligue 1 by 13 points – are strong favorites to win the title this year, although they gave up their crown to Lille last season.

Pochettino has also been unable to turn around PSG’s fortunes in the Champions League. The former Tottenham boss oversaw a semi-final exit to Manchester City in 2020/21, before his side di lui threw away a 2-0 aggregate lead to lose 3-2 against Real Madrid in the last 16 on Wednesday. 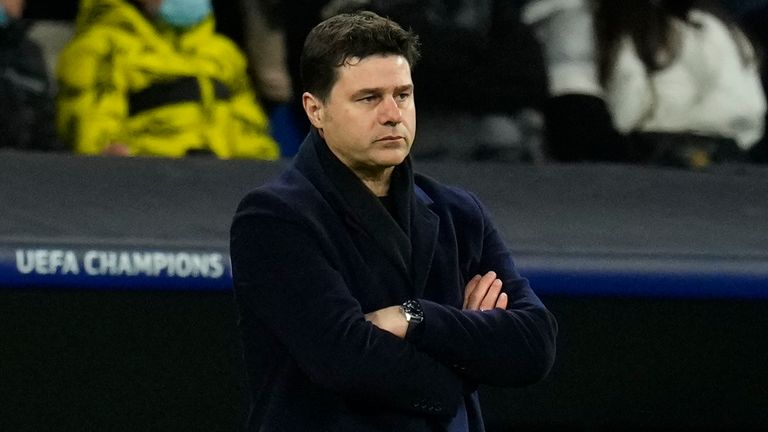 Pogba in discussions with PSG, Real | No United talks since summer

Paul Pogba and Manchester United have not held talks over a new contract since last summer, despite the France international’s deal expiring at the end of the season.

United offered Pogba a new deal during those talks but, while it has not been officially rejected, Pogba’s camp are understood to have viewed it as the opening round of negotiations.

However, no talks have taken place since and Pogba will now wait until the end of the season before making a final decision on his future.

Remaining at Old Trafford has not been ruled out by the midfielder, but he is waiting for United to make him an improved offer.

Pogba’s representatives also remain in talks with a number of clubs, including Real Madrid and Paris Saint-Germain, over a free transfer in the summer.

The 28-year-old returned to Old Trafford for a then world-record fee from Juventus in the summer of 2016, but has only been able to help United to the League Cup and Europa League titles, both in 2017.

Pogba originally joined United as a 16-year-old from French side Le Havre but left to join Juventus on a free transfer in 2012. He has scored one goal and registered nine assists in 21 appearances across all competitions for United this season.