CWG 2022 Boxing: Star Indian boxer Lovlina Borgohain is not losing sleep over her shock quarter-final exit and says a Commonwealth Games success would not have helped her much in her quest for a second successive Olympic medal in 2024 as she was competing in a non-Olympic category in Birmingham CWG. Follow Commonwealth Games 2022 LIVE updates, Medal Tally, and more with InsideSport.IN

Lovlina, who became the only second Indian woman boxer to win an Olympic medal in Tokyo last year, competed in the light middleweight (66kg-70kg) category, which does not figure in the 2024 Paris Games roster. 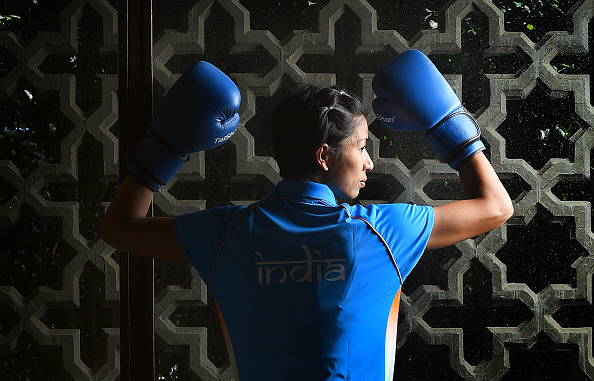 “That’s why CWG was not that important to me as my main target is Paris and this was not an Olympic weight category. It would not have helped me much in the larger scheme of things,” Lovlina told PTI in an exclusive interview here.

“Yes, the Commonwealth Games have a big stature, no doubt about that. But my target is Paris and to get myself prepared is the main objective.”

At her maiden CWG appearance in Gold Coast in 2018, Lovlina also met a similar fate, bowing out in the quarterfinals.

“Every loss or win is an experience. And I’m taking this loss in a positive way. I’ve to work on myself.

“Ultimate goal is Paris, whatever the difficulties may be, I’ve to overcome them. Life has many ups and downs but ‘haar nahin maan na hai’ (it’s not about giving up).”

She made headlines for wrong reasons in the build-up to the CWG as she alleged “mental harassment” after her personal coach Sandhya Gurung was denied entry into the Games Village. Sandhya was added to the contingent days before her bout.

“Yes, I was a bit distracted in the build-up to the Games. But thankfully everything was sorted before the competition. I got my coaches.

“But I feel it didn’t affect me. There was a lot of publicity but I was away from social media. I wasn’t aware of what’s going on around me. Even now, I’ve kept it off to keep myself away from it.”

She further lamented the lack of exposure trips that used to happen many times before Tokyo.

“Before Tokyo used to get a lot of exposure trips. But after Tokyo there were no such exposure meets and competed directly at the World Championships.”

Lovlina, who won the Olympic bronze in the 69kg category, will now have to either go into a higher bracket of 75kg or go down to 66kg.

“I will mostly move to 75kg, but you never know I can also go down to 66kg. We will take the call before the upcoming Asian Championships, I will switch to my new weight from there.”

Having overwhelmed New Zealand’s Ariane Nicholson 5-0 in an unanimous verdict, Lovlina lost to Rossie Eccles by a split decision 3-2. 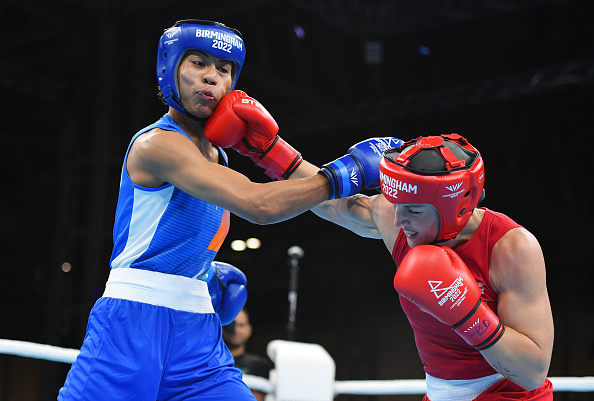 It was as close as it got but the judges gave the two rounds to Lovlina by a split decision. Lovlina also got a point deduction in the second round for holding and Eccles won the final round comprehensively, sealing it 3-2.

“She was a bit aggressive. Being from the host country, obviously she got a bit of an edge, the warning cost me dear. Also there was a bit of stress,” Lovlina conceded.

“I’m sad that I’ve not been able to achieve the way I wanted. But I’m taking it positively. You always have ups and downs. The comeback from here is more important.”