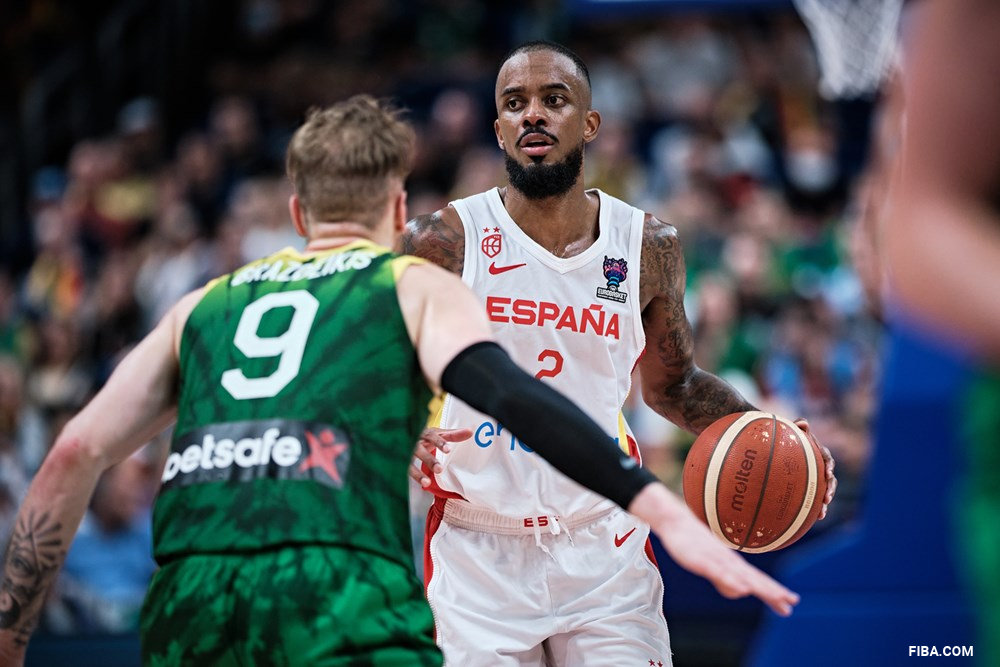 The marriage may have been controversial, but it will last for a few more years. After his express naturalization this summer, then the triumph of Spain during the Euro, Lorenzo Brown will continue the adventure with the Spanish selection.

» Lorenzo is not here for a single Euro. I don’t like people who come to give us a hand before saying goodbye. The idea is that Lorenzo continues with us. A program is for at least three years, the cycle until the Olympic Games in Paris “, announces Jorge Garbajosa whose remarks are taken up by Basketnews.

At least until 2024 then. » Then we will examine our situation and see if we can continue together. Lorenzo felt very comfortable and seemed happy. He integrated into the team very quickly. “, continues the president of the Spanish federation. The latter, the day after the European coronation, assured that the naturalized American had felt « like a new member of this family », « in its place «.

Feel the weight of the jersey

The former player repeats that the leader came to » help spanish basketball » and » realize his dream “, while assuming that this decision could generate its share of criticism. » But we are always looking for the best for the team. Time shows us that it was a good decision, but it is also what we had to do. Lorenzo wanted to play and we needed him. Even youngsters like Juan Nunez could benefit from his ability to make his teammates better. »

He has perhaps never done it as well as in the final, won against France. In this part, he had equaled his record in passing selection (14 points and 11 assists).

Jorge Garbajosa reveals however that the old of the match, the leader was victim of a crisis of exhaustion (extreme fatigue), diagnosed by the doctors. » He could not recover and could not even move. We had a lot of doubts about his ability to play in the final. He did everything to get there. »

The President thus sees in this the proof that, Despite what they say, Lorenzo felt the weight of the Spanish shirt like the other members of the selection, and to say otherwise would be wrong. »