Nusratullah Sultan, who made a half-century in the last game might be a good captaincy pick for this match.

Lomma and Ariana will play the 25th and 26th matches of ECS Sweden 2022 on Monday. It will be the 3rd and 4th match for Ariana. They have won both their matches and are placed in the first position in the points table. Ariana would be looking to continue their winning momentum.

Lomma would be playing their first match of the season. They would be making their debut in the tournament. Lomma have a few experienced players in the squad and they would be looking to start their campaign on a winning note.

The pitch is expected to remain balanced throughout the match as we have seen in the tournament. The team winning the toss might look to bat.

Raees Ahmed is a batter with some T10 experience and is likely to play a key role for the team in this match.

Najam Haque is an all-rounder who is an important part of Lomma’s lineup. He might be the top performer for the team in this match.

Nusratullah Sultan has made 63 runs in 2 matches in 2 matches at an average of 63 and a strike rate of 252. In the first game, he made 57 runs off 20 deliveries against Malmohus and helped the team win the match by 10 wickets.

Baz Mohammad Ayubi has been a decent performer for Ariana with the ball in the first 2 matches. In the second game, he picked 2 wickets for 14 runs in 2 overs and helped the team restrict Malmohus to 76 runs. 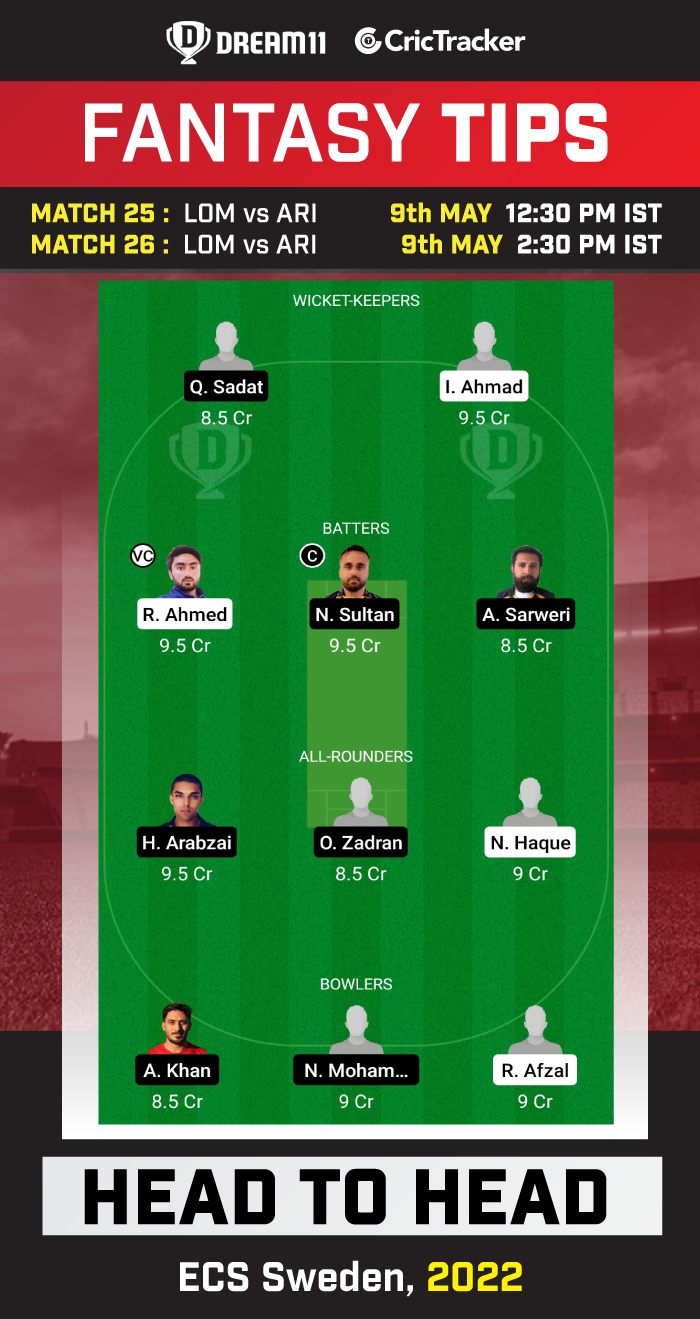 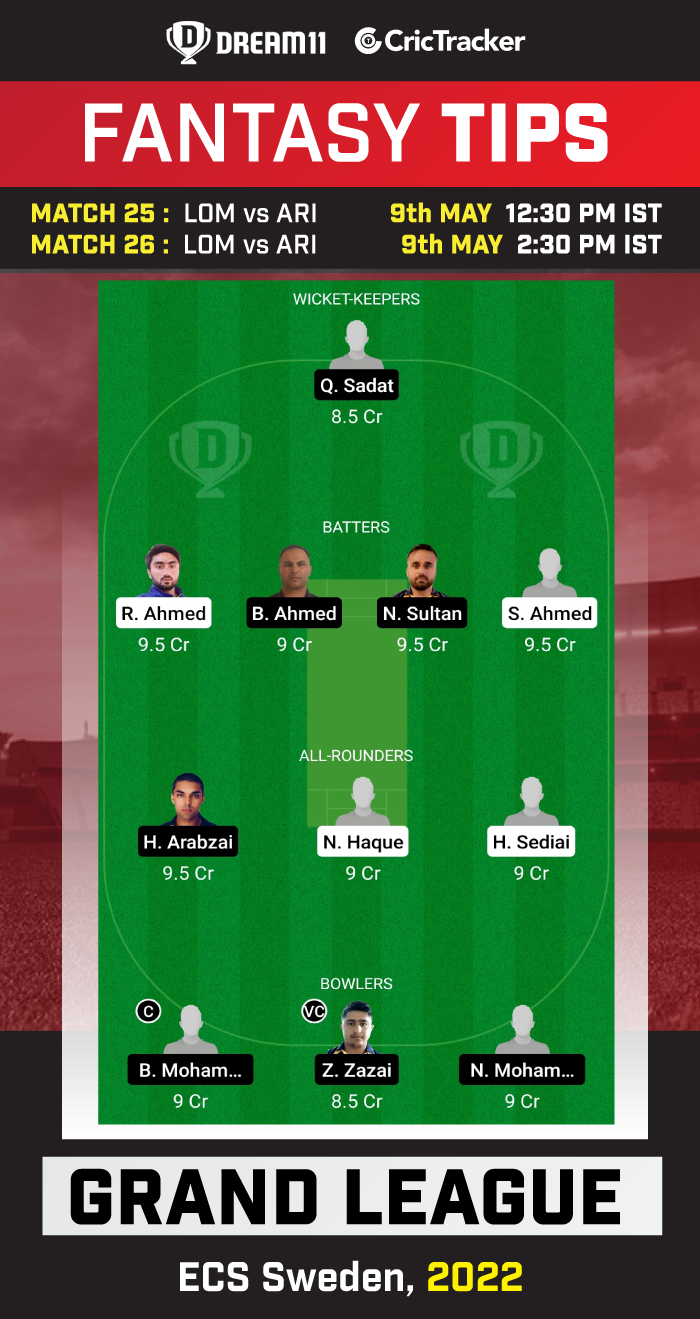 Ariana are expected to win this match.