LiveScore Daily is here to deliver all the big talking points from the world of football throughout the day. Keep refreshing this page for the latest stories in bite-sized chunks.

Jurgen Klopp thinks his current Liverpool squad is the strongest he has had as a manager.

His Reds team head to Arsenal tonight hoping to close the gap between themselves and Premier League leaders Manchester City to just one point following a run of eight consecutive top-flight victories.

January signing Luis Diaz has hit the ground running on Merseyside – adding another impressive attacker to their already rich set of options.

And asked by Sky Sports whether it is the best selection of players he has ever had to choose from, Klopp replied: “Of course, it is.

“Funnily enough, apart from Luis, it is the same squad that we had when we started the season.

“We had this strong squad, they were just unavailable. Now they are available. That makes it the squad that we always wanted to have.

“It is unlikely with the size of the squad that we now stay exactly like this together. For sure, some of the players do not play often enough for their own understanding and we will see what will come in the summer and find solutions for those situations.

“But the core of the group has to stay together. There is no doubt about that.”

Antonio in fitness race for Sevilla

Both had to be substituted in their 2-1 victory over Aston Villa on Sunday, leaving fans sweating over their availability for the European clash.

Whether Antonio is fit will be of particular concern, with Moyes potentially having no striker to choose from against Julen Lopetegui’s side.

The Scot has also confirmed that he will still be without influential winger Jarrod Bowen at the London Stadium after the 25-year-old’s injury against Liverpool.

The Hammers boss said: “I couldn’t tell you exactly if they’re [Antonio and Cresswell] fit. They’ve done a bit of light training. We’re trying to find out if they are fit.

“They didn’t train with the team today but have done a bit with the fitness coaches. We’ll wait and assess them tomorrow.

“If he’s [Antonio] not fully fit I won’t take a risk. Generally, if a player isn’t ready to play, I wouldn’t use them. I’d rather use somebody who’s fitter. “

Meanwhile, the RSPCA have confirmed they plan to prosecute Irons defender Kurt Zouma after a video emerged last month appearing to show the Frenchman kicking his pet cat.

The 27-year-old later apologized for his actions and was fined two weeks’ wages.

The RSPCA statement read: “Following a full and thorough investigation, we have started the process of bringing prosecution proceedings against Kurt Zouma and [brother] Yoan Zouma under the Animal Welfare Act.

“The two cats continue to be cared for by the RSPCA. We will be in a position to release more information once a court date is confirmed.”

The loss saw the Red Devils dumped out of the Champions League by a 2-1 aggregate scoreline, and some fans decided to vent their frustration towards the opposing manager.

As the Atleti boss ran towards the tunnel at the full-time whistle, he was pelted with missiles of bottles and other objects from a selection of the Old Trafford supporters.

UEFA is waiting for reports from match observers before deciding whether to charge the club.

Throwing objects on to the field of play is against ground regulations and perpetrators could face a three-year ban.

After the game, Argentine manager Simeone claimed he was unaware he was targeted.

Asked whether he noticed the bottles raining down, the 51-year-old said: “No, when I came off the pitch, I ran because I was happy and I like to enjoy it in the dressing room.

“So I don’t know what happened. What you just said, all I was thinking about was getting into the changing room to the dressing room, and I was really happy.”

Bale and Ramsey to lead Wales

Gareth Bale and Aaron Ramsey have been named in Wales’ squad for their crucial World Cup qualifying play-off semi-final against Austria next week.

Boss Robert Page will be able to call on his influential duo as they look to take one step closer to sealing a place in only the Dragons’ second ever World Cup.

Ramsey has had similarly limited minutes, with just two of his five appearances since joining Scottish side Rangers from Juventus coming in the starting XI.

On his experienced pair, Page said: “They’re big players for us, of course they are. We want them playing games coming into camp but the good thing is they’re fit.

“I’ve spoken to many of the players and those two in particular, and they’re both raring to go. They both can’t wait to get into camp, so that’s really encouraging for a manager to hear.

“They’ve done it time and time again, haven’t they? I don’t think we’ve ever had a camp where we’ve had all our players playing the weekend before.

“But big players turn up for big games and they’ve proven that over time. The other way of looking at it is they’ll be fresh and raring to go.”

Wales are without three usual squad regulars in Danny Ward, Tyler Roberts and James Lawrence in the 26-man squad, so Rabbi Matondo and Tom King have come in.

Defender Wesley Fofana is set to make his long-awaited Leicester return in the Europa Conference League against Rennes on Thursday, manager Brendan Rodgers has confirmed.

The 21-year-old was one of the stars of last season for the Foxes but has missed the entirety of the current campaign having broken his leg in a pre-season friendly against Villarreal last August.

The Frenchman has been sorely missed, with the East Midlands outfit struggling defensively this term and he recently signed a new five-year contract at the King Power Stadium.

Speaking ahead of the last-16 second leg, Rodgers revealed: “Wesley Fofana will come into the squad, which is great news, so we’ll have a look at him and see if he can get some minutes in the game.

“That experience and that little bit of frustration of not playing will give him even more determination.

“It’s now just about making those steps back. We’ll be careful with him and I’ve no doubt he’ll get back to being even better than he was before.

“He’s had a serious injury and we’re trying to manage his expectations.” 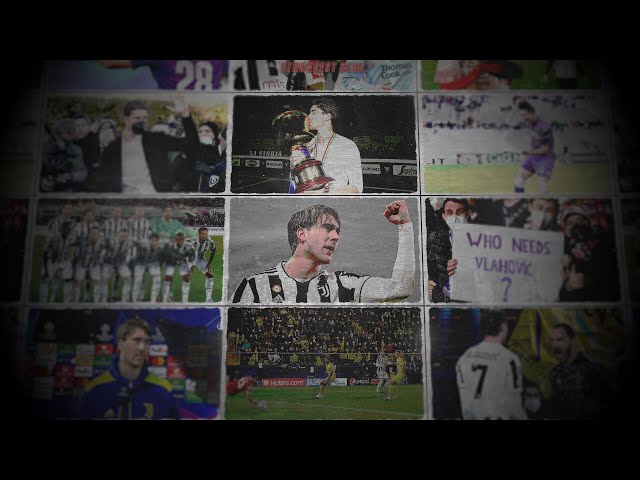