Can Rishabh Pant find his batting mojo at the venue of his T20I debut? © BCCI

The writing was on the cards. There was no respite from the Bengaluru rain tonight. That means South Africa draw a second straight T20I series in India. They haven’t lost a white-ball series in India since 2011!

Yes we now start to talk about those. Prakash informs us that the cut-off time for a five-over game is 22.02 IST. The groundsmen will need about 25-30 mins to ready the ground, so we need the rain to stop completely by around 21:30 …

Gaikwad falls to another Ngidi slower one

Superb variation this from Ngidi who can clock 140 kph and hit a hard length. There’s appreciable Bravoesque dip to that slower one too. Gaikwad tries to loft him over the in-field, gets no timing on it and chips a simple catch to mid-on.

India are 28/2 into the fourth over before the rain returns. Ugh!

Maharaj brings him on straightaway hoping to see if there’s spin on offer on a moist surface. He goes for 16 runs as Kishan slogsweeps him for a pair of sixes!

Pace from the other end in the form of Ngidi though proves to be his undoing. It’s a dipping slower ball that slips under his bat and rearranges his stumps.

We’ve lost 2 overs because of that rain delay. And the players will have only a 10-minute turnaround between innings. Play to begin at 19:50 IST.

Update … A positive one at that … 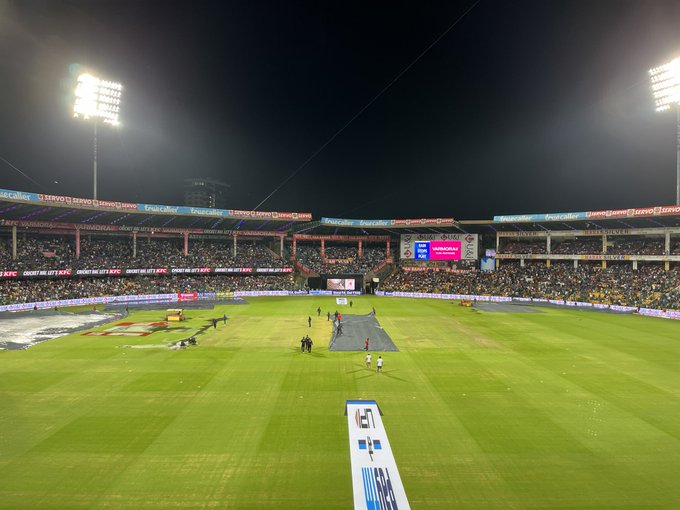 Just as the players walked out to take the field, they had to walk right back with the groundsmen running in with the covers. Remember, we’re in Bangalore and with it’s SubAir system, we can be ready for play 20 mins after the rain stops. So that’s a big positive.

Toss: 0-5 for Pant with the coin flip

Maharaj steps in as captain, gets the toss luck passed on from Bavuma. South Africa will field again and they have made quite a few changes, starting with their regular captain who is absent with injury. Rabada returns, as do Reeza Hendricks and Tristan Stubbs and there’s no place for Tabraiz Shamsi. That means South Africa are playing an extra batter today. India are unchanged.

Our man, Prakash, informs us that Bavuma is at the ground but has a protective sleeve on. Keshav Maharaj will captain … 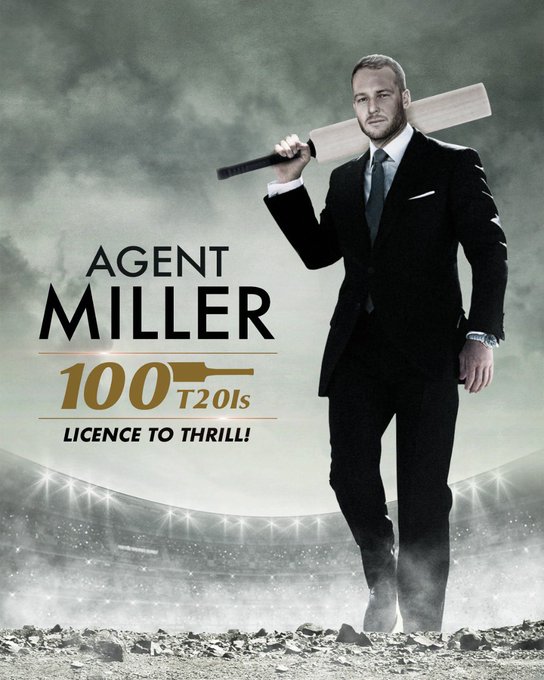 Dark clouds are hovering over the Chinnaswamy as I begin this live blog two streets way with a little prayer – give us a game tonight, this series needs to come to a logical conclusion!

It’s been a fine, little contest over four games even if both teams have peaked at different times. South Africa in the first two and India in the last two. So perhaps we are due one in which both lift their games simultaneously and take the contest deep into the 40th over of this fixture. While the prospect of a series win is enticing, both sides are building towards a bigger goal, the World Cup later this year and in that regard a win tonight will be a major validation for their methods and approaches.

That’s what is at stake. Of course there’s more to the game, the mini battles within the big battle, and for that I’m happy to direct you to this match preview by our man Prakash GV, who during the last correspondence, was hopping on to a metro towards Chinnaswamy Stadium!