Hello and welcome to the Live Blog for Day 2 of the second Test between England and New Zealand at Trent Bridge, Nottingham. Hit refresh for the latest updates.

Trent Boult assists Mitchell in a 33-run partnership before the No. falls 10 short of a well-deserved double ton. It was a wide slower ball from Potts and Mitchell tries to go after it but edges to the ‘keeper. End of an excellent innings as New Zealand finish with a mammoth total. 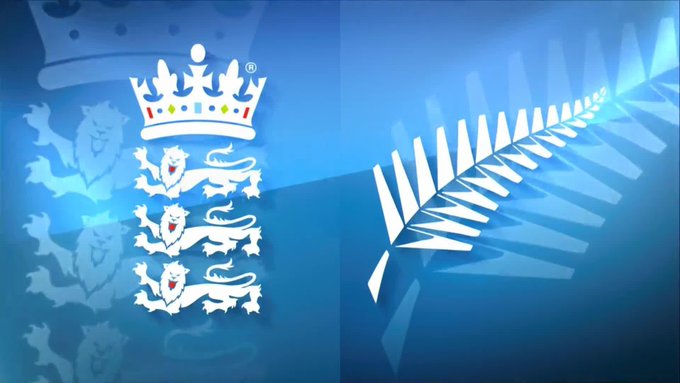 Broad bowls one short to Jamieson who look to hook but gets a bit of glove to hand the ‘keeper a catch. He departs for 14, while Southee also falls to a short ball from Broad in the same over. Leach gets the wicket of Henry, who tries to steer one over the off side but ends up chipping it to Crawley at cover. New Zealand are 520/9.

It was slightly slow going at the start of the extended final session, with the sixth wicket pair looking to wear the England bowlers down. Bracewell, though, falls one short of a fifty, as he got an edge to Root at first slip while trying to defend an Anderson delivery. Jamieson gets a top-edged boundary off Potts to help NZ past 500 and then punches one through covers for a four in the same over.

This is set to be an extended session with New Zealand possibly looking to bat on and post a sizeable total before putting the pressure on the England batters.

Mitchell and Bracewell added 76 off 109 before a rain shower forced the players off the field. New Zealand are 481/5. Stay tuned for more updates.

A six and a single off Leach helps Mitchell bring up first 150. New Zealand are piling it on as they go past 450.

Bracewell starts with two fours off Stokes in the first over after Lunch. Mitchell takes on Leach, scoring a four and a six while Bracewell also strikes a four off the spinner, who concedes 17 in the over. Leach also becomes the first bowler in this innings to concede more than 100 runs.

Bracewell also scores a boundary, off Stokes, and remains unbeaten along with Mitchell as New Zealand go into Lunch at 412/5. As many as 97 runs were scored in the session, including 15 boundaries, with New Zealand scoring at a rate of close to 3.5 an over.

End of a massive partnership

A 236-run partnership for the fifth wicket comes to an end in the 110th over. Blundell tries to loft Leach but finds Stokes at mid off to depart for 106. New Zealand are 405/5.

He missed out on a ton in the last game but Blundell makes sure he gets one at Trent Bridge. He edges a Leach delivery wide of slip for a four and then lofts one straight for another four before taking a single to reach three figures. Third Test hundred for Blundell.

Blundell has been dealing in boundaries, as has Mitchell who also gets a lucky break in the 102nd over. Mitchell miscued a loft off Leach and went straight through the hands of Potts to the boundary. Potts ends up being struck for two successive fours by Mitchell in the next over as the partnership crosses 200.

Second successive century in this series and third Test ton overall for Mitchell, who gets to three figures with an edge past gully for a four off Potts. Blundell scores a four by lofting Leach over mid-on to enter the 80s.

Steady start by Mitchell and Blundell

Broad opens the attack and oversteps in the first over while Mitchell also gets his first run in the same over. Anderson starts with a maiden to Mitchell while Blundell gets a leading edge for a couple off Broad and then guides a short ball past point for a four. Mitchell drives one nicely through covers for three off Anderson and in another over, the experienced pacer strays down the leg and he’s glanced away for a four as the batter enters the 90s.

An honest day’s work, a cider spill and an un-replaced ball

Jon Lewis, England’s bowling coach made a fair assessment of his team’s performance, but the reality is starkly different. Meanwhile, Devon Conway felt the tactic of the English bowlers to keep bowling full in order to take the most advantage they could with the swing on offer worked in favor of New Zealand, who hit as many as 43 fours and two sixes in only 87 overs of play on Day 1. Here’s what both of them had to say.

Through the combination of Ben Stokes and James Anderson, England found ways to end promising knocks with timely strikes but New Zealand scored at a good rate throughout the day and another big partnership involving Daryl Mitchell and Tom Blundell, combined with dropped catches, left the England frustrated bowlers. The visitors ended Day 1 of the second Test at Trent Bridge, Nottingham in a position of strength, going into Stumps at 318/4. New Zealand were 169/4 when Mitchell and Blundell got together, and they collaborated for an unbeaten 149-run partnership. Read the full report here.