Liam Livingstone admits he wasn’t ‘100%’ fit during the T20 World Cup, but lifting the trophy ‘made all the struggles worth it’… and the England star is now ready to make the most of his shock Test call- up in Pakistan

By Aadam Patel For Mailonline

Liam Livingstone strolls across the warm-up ground next to the Zayed Cricket Stadium in Abu Dhabi with dreams of ticking off yet another checkbox on the bucket list. To play Test cricket for England.

This is where England lost their World Cup semi-final last year against New Zealand. A year on and Livingstone is back. This time as a world champion.

‘It’s been a hell of a week, without much sleep. If you don’t celebrate winning a World Cup, then what are you going to celebrate? We continued them celebrations in Dubai when we got here and got it all out of the system. You never know if you’ll win a World Cup again,’ Livingstone tells Sportsmail. 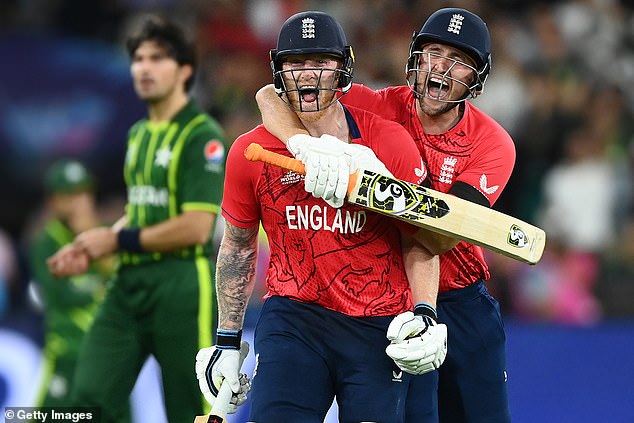 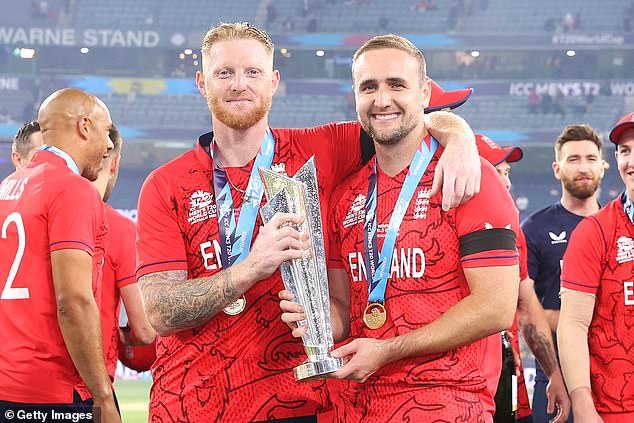 The Lancashire man was there at the end of England’s run chase alongside Ben Stokes against Pakistan in the final in Melbourne and pretty early on, the conversation turned into glowing praise for England’s superhero. Stokes was absent from the World Cup last year and despite concerns over his lack of recent T20I cricket, it was none other than Stokes who guided England home with 42* in their must-win game against Sri Lanka and followed that up with 52* in the final.

‘The pair of us being there at the end, as two Cumbrians was pretty cool,’ admits Livingstone. ‘We had two big pressure moments in that World Cup and Ben was there for both of them. He’s that once in a generation player. I knew if he was there at the end, we’d be world champions.’

For the 29-year-old, there’s a sense of gratitude for all the effort that has been put in to get him fit for the World Cup, after an ankle injury in the summer. He wasn’t fully fit for the tournament but England decided he was worth the risk.

‘I fell down a kerb trying to dodge a puddle, one morning when we were going out for breakfast in London. The whole winter flashed in front of my eyes. It was a 12 week injury, with seven weeks and four days until the first World Cup game,’ says Livingstone.

It’s still not 100% and it wasn’t through the World Cup. I didn’t actually start sprinting until a week before the first World Cup game but letting my mum and dad fly home with a World Cup medal made all the struggles worth it.’

Livingstone’s last red-ball game came last summer and incidentally, this chat comes minutes after his first red-ball net in over a year, with the all-rounder part of a 15-man Test squad that will depart for Pakistan from the UAE on Saturday. 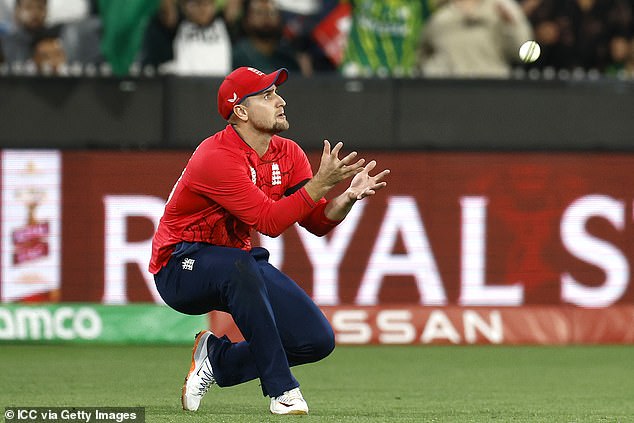 Livingstone had a fine tournament in the field, despite admitting he wasn’t 100% fit

‘The red ball I’ve just hit there is the first one I’ve hit in one and a half years,’ laughs Livingstone.

This time last year, he was taking part in the Abu Dhabi T10 after not receiving a call up for The Ashes down under. He admits there were no conversations about Test selection back then and how he felt the door was closed but the leadership has changed since then and for Livingstone, it’s worked in his favor.

‘It’s not really different (from T10) with Baz around,’ jokes Livingstone. ‘I kind of accepted the fact that it was never gonna happen actually. I’m not exactly young and I had plenty of opportunities to live my career elsewhere. I accepted it and was pretty content. So, honestly, it did (come as a shock). Obviously, the coach and the captain have changed and it’s obvious that suits me and my style.’

He has played for England, in the IPL and franchise leagues around the world and won a World Cup and with his status across the franchise world, Livingstone would have had a busy winter regardless of a Test call-up. But the next few weeks offers an irresistible opportunity. And despite being the number one draft pick for Melbourne Renegades in the Big Bash, Livingstone has withdrawn from the competition. 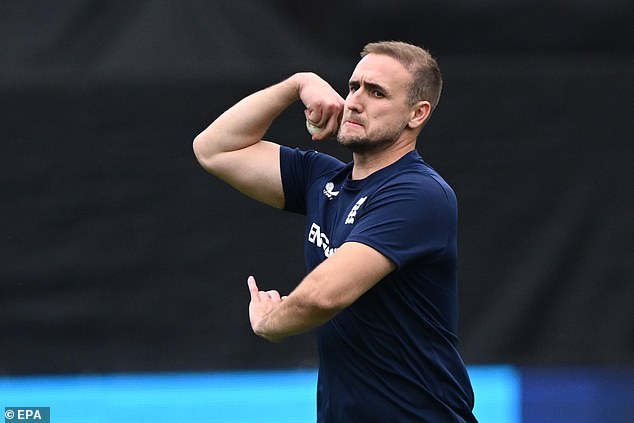 Livingstone’s front-foot approach with the bat and ability to bowl spin has earned him a Test call-up, and he could make his red-ball debut next month against Pakistan

‘We leave Pakistan on the 23rd and would have to fly to Australia on the 26th and then straight to South Africa for the ODI series. We’re human beings and something’s got to give. It was a decision to play Test cricket or the Big Bash and one of them is a childhood dream. If I didn’t take this opportunity, I’d definitely live with a little regret afterwards,’ admits Livingstone.

‘In the garden, playing as a kid that’s the dream isn’t it? You pretend you’re playing Test cricket and World Cup finals for England.’

He’s already done one this winter and the time has come for Livingstone to make this his winter of dreams.