Jurgen Klopp saw his Liverpool side win at Arsenal to record a ninth consecutive Premier League victory and close to within a point of leaders Manchester City – but admits any sort of momentum can be lost in an instant.

Second-half goals from Diogo Jota and Roberto Firmino were enough to secure a 2-0 win at the Emirates Stadium as Liverpool took full advantage of City’s goalless draw away to Crystal Palace 48 hours earlier.

Just a single point separates the title protagonists, who meet at the Etihad Stadium on April 10 in a fixture that will go a long way to deciding who lifts the trophy at the end of another enthralling race.

While Liverpool are now the division’s in-form team, Klopp is cautious about putting too much faith in momentum leading the charge to a second championship in three years.

FREE TO WATCH: Highlights from Liverpool’s win against Arsenal

“Momentum is the most fragile flower on the planet,” he said.

“If someone walks on it, then you have to work to get the momentum back and just get through it.

“A rhythm is good but a rhythm is playing every four days, three days, it is a rhythm but it is an intense one, we are not complaining, we want to be in all competitions. It is fine but the opponents are all quality and they are really different.

“We constantly travel, we go here, we go there. I don’t complain, we don’t complain, it is just how it us. You wake up in a different hotel and someone tells you where the restaurant is and you try and remember the number of your room. “

Klopp: I don’t think about City

The two teams still have to play each other at the Etihad Stadium next month, live on Sky Sportss, but Klopp is keen to not put any focus on City ahead of their showdown meeting.

“I really don’t think a lot about City, that is the truth,” he added. 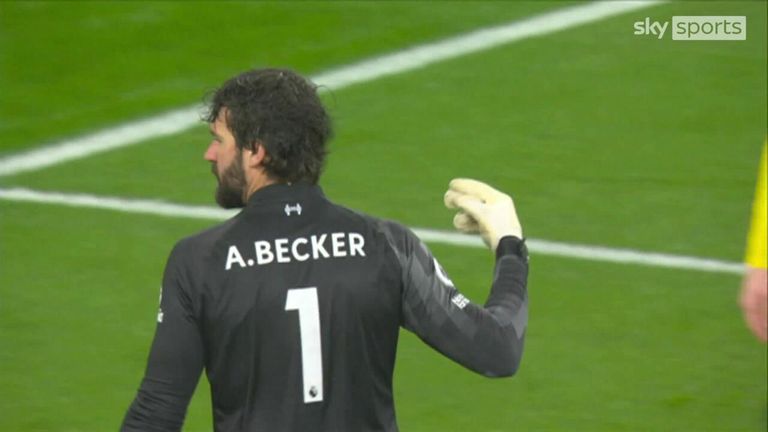 Take a look back at three dramatic minutes in Liverpool’s game against Arsenal, which could prove decisive in the outcome of the title race.

“I don’t think it is a problem for a human being every three days to be focused on what you do, but then comes in the physical part. We don’t fight City, we play City in three or four weeks and we will give them a proper fight then but apart from that we are in a good moment, in a good mood but we know the only way we can do it is to dig really deep. “ 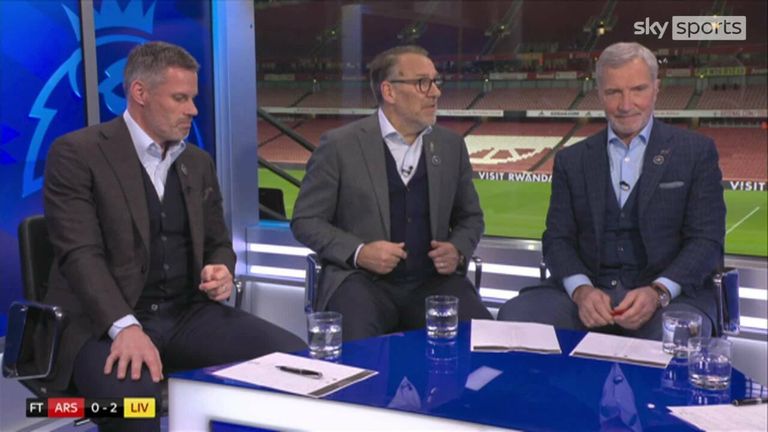 Jamie Carragher, Paul Merson and and Graeme Souness debate whether Liverpool are favorites to win the title following their victory over Arsenal.

Jamie Carragher and Gary Neville believe for the first time that Liverpool will win the Premier League title – but Paul Merson is still backing Manchester City.

Carragher told Sky Sports: “It is 50-50, if you like, because of the situation with the game being at the Etihad. But this is the first time I have ever thought Liverpool would win the title – and I have always said City before a ball was kicked.

“That Chelsea game that was 2-2 and Liverpool were 11 points behind; to be fair, Graeme [Souness] was in the studio saying Liverpool were still in the race and I thought it was well gone.

“Man City are not in bad form, losing lots of games and dropping lots of points. But because these teams are so good now, just drawing a game – it feels like a defeat now. It does feel like that.”

Speaking on the Gary Neville Podcast, Neville said “Now, they might not win it, because they’re actually playing up against a ridiculously good team in Manchester City, but the hallmarks are there, the form’s there, the patterns are there, and if you’re Liverpool you’re really, really confident going into these last nine games. I’m not saying City aren’t, but if you’re Liverpool you’re confident. 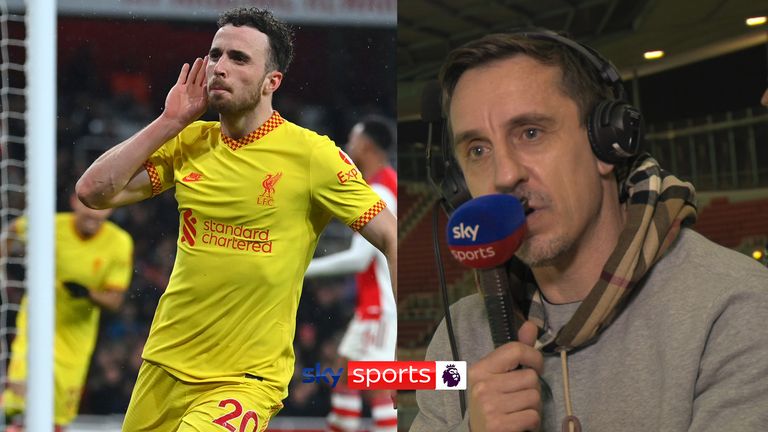 “You’re in every competition, you’ve won the Carabao Cup, you’ve got five players up front who can win you any single game, you’ve got a great back four, you’ve got a great goalkeeper, the experience in midfield in Thiago, Fabinho and Henderson is enormous with Milner and obviously others to come in so there’s a lot to say that Liverpool could be, for the first time, be favorites I think for the title.

“And that’s a big statement from me because I’ve said Manchester City all the way through, but what I saw on Monday night has just happened a couple of times this season, not too many. Liverpool have only not scored once, Manchester City have failed to score four times in games and that could just be the difference at the end. It may not be, because Pep Guardiola is a genius of a manager and he could see them home, but it wouldn’t surprise me if this Liverpool team won the title. “

Amid the excitement of Liverpool’s win, Merson was keen to stress that the reigning champions do maintain the advantage in the title race.

“You have to remember that they are chasing down one of the best teams in the world and they are still one point behind,” Merson told Sky Sports.

“Write Man City off at your peril.

Jurgen Klopp had made the point when speaking to Sky Sports on the eve of the game he has options now in the forward positions, a flexibility that enables him to rotate even in the biggest of games.

“Yes, we can do that now,” he says. “It is always in our thoughts because of the load and the intensity of the period we are in.”

There could hardly have been a clearer example of those options than in Liverpool’s 2-0 win over Arsenal on Wednesday evening, a victory that takes them to within one point of the Premier League leaders Manchester City and has many believing they will now win the title .

Mohamed Salah was named among the substitutes but the forward line still looked strong. Sadio Mane had a goal disallowed. Diogo Jota scored what turned out to be the winning goal. Roberto Firmino came off the bench to put the result beyond doubt.

Luis Diaz was trusted with this big game and Klopp has been keen to point out the form of Takumi Minamino and the continued presence of Divock Origi in the squad. It helps to explain why Liverpool have one trophy already won and three more in their sights.

“Now if someone is having a poor game, you know someone is going to come on and improve Liverpool from the bench,” Jamie Carragher told Sky Sports. “That is a massive difference that this team has never had.”

Will it be the difference in the Premier League title race? That is too early to say and given Manchester City’s quality, there can be no guarantees. But what is apparent is that Liverpool are stronger now. This win over an in-form Arsenal underlined that.

What’s next for Liverpool?

Liverpool are in FA Cup action this weekend, traveling to Nottingham Forest on Sunday night; kick-off at 6pm. They then host Watford at Anfield after the international break on April 2, kick-off at 12.30pm, before their crunch title clash with Manchester City on April 10, live on Sky Sports Premier League from 4pm; kick-off at 4.30pm.