By Max Winters For Mailonline

John Terry will go down as one of the best defenders to ever play football.

But he’s proven to be just as skilled on the golf course as he was on a football pitch and the latest adjustment to his handicap proves it.

The former Chelsea and England captain is a golf addict and regularly posts footage of him playing some of the world’s best courses and practicing on the driving range.

Now he’s taken to Twitter to show off his latest handicap cut after he was knocked down to 0.1 – making him a scratch golfer.

A scratch golfer is a player who boasts a handicap of zero and should, in theory, be able to go around 18 holes in level par and not require the extra shots that a handicap provides.

It takes enormous amounts of practice and skill to reach that level and Terry posted his handicap’s trajectory to social media on Thursday morning.

The five-time Premier League winner wrote: ‘When I retired I set myself a target to get down to scratch and today I achieved it.

‘Not the most exciting post but one I’m personally pleased with.’ 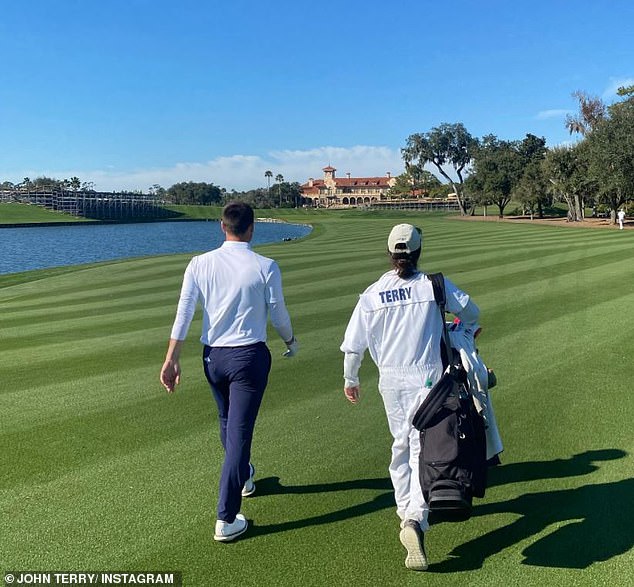 Terry has been to the US to play golf, including the iconic 17th hole at TPC Sawgrass in Florida

Terry is an avid golf fan and regularly shares updates from his time on the course. He has visited the iconic TPC Sawgrass in Florida and is a member at the exclusive Wentworth club in Surrey.

He has also attended the Ryder Cup and been pictured with professional stars Rory McIlroy and Ian Poulter.

The 41-year-old, who is a left-handed golfer despite being a right-footed footballer, hired a private jet in June 2021 to fly himself and his friends to Scotland for a golfing trip.

In recent months, Terry has co-founded a Chelsea fan-led group – named True Blues Consortium – that is eager to buy a 10 per cent stake in the club when owner Roman Abramovich finally sells.

Sky News reported last week that the group had held positive talks with two leading bidders over a stake of the club as the sale continues. 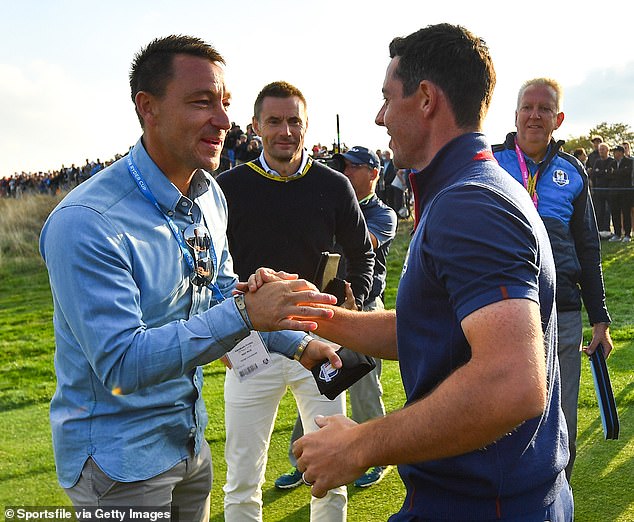 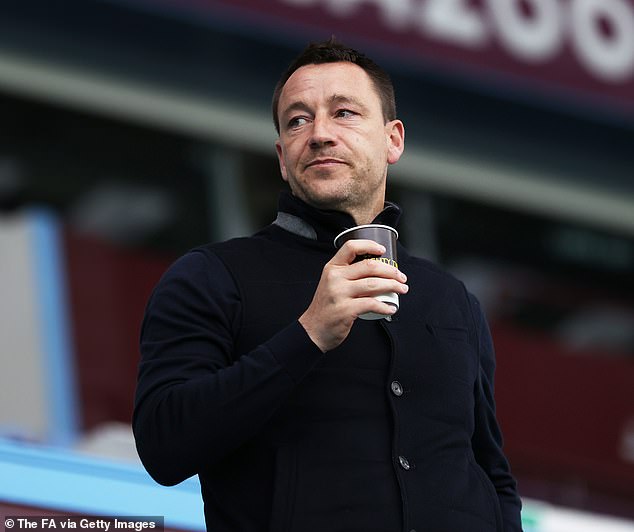 ‘Thousands of supporters and dedicated fans have contributed over £ 100m to True Blues,’ said Sandford Loudon, a partner at Oakvale Capital and True Blues Consortium representative.

‘We’re having positive discussions with the two leading bidders and the bank in charge of the transaction, and our primary goal is to ensure that Chelsea fans have a voice during these unprecedented times.

‘We are defending our valuable club’s history and principles and hope that by allowing fans to own a piece of Chelsea FC, this ground-breaking new model will change how football teams are run.’

Terry recently came under scrutiny for an Instagram post describing Abramovich as ‘the best’ when the Russian oligarch announced he was selling the club in response to government sanctions imposed upon him following Russia’s invasion of Ukraine.