Gradey Dick was enjoying time with his teammates when they were told a special guest wanted to wish them luck. Suddenly, Celtics forward Jayson Tatum showed up on the screen.

Dick had a lot of other thoughts on his mind already: The high school senior leaves this weekend to play in the McDonald’s All-American Game. Then, he is headed to Florida to play with Sunrise Christian Academy in the GEICO High School Showcase for a chance to call themselves national champions. After that, he leaves from Florida and heads to Portland, Ore. to participate in the NIKE Hoop Summit.

Seeing Tatum’s face appear brought Dick into the present, though. All he could do was listen. He wasn’t exactly sure why Tatum was calling, but he never expected what came next: Tatum was calling to honor him as the Gatorade National Boys Basketball Player of the Year.

“It was literally shocking,” Dick told For The Win. “To talk to a mind like that, with his point of view of him, is something I never expected to happen this early.”

Dick is a standout sharpshooter for Sunrise Christian, which was recently named the top overall squad on ESPN’s High School Boys’ Basketball Top 25. The 6-foot-7 forward is a five-star recruit who is committed to Kansas for college basketball.

He was chosen as the Gatorade National Boys Basketball Players of the Year winner over more than half a million other student-athletes who play boys basketball nationwide. Dick was chosen by a panel of coaches, scouts, and media not only for his athletic excellence but also academic achievement and exemplary character, according to the award’s website.

Previous winners of the award include the likes of LeBron James and Kobe Bryant. More than two dozen of the winners, including Tatum, went on to become first-round draft picks.

When he presented Dick with the award, and he saw the raw emotion Dick’s team and family experienced, Tatum couldn’t help but think about the “relief” he felt when Penny Hardaway gave him the same honor in 2016.

“Sharing the moment with him, I remembered the excitement I was feeling,” Tatum said. “Being on this side of it is just as cool and I’m happy to do it.”

During his conversation with For The Win, Tatum said that before his senior year of high school at Chaminade College Preparatory School in St. Louis, Mo., he set ambitious goals to win the Missouri state championship and Gatorade National Boy’s Basketball Player of the Year Award.

Tatum reached both of those milestones and now sees a lot of the same determination in Dick.

“He seems really focused. He’s not somebody that seems like they’re going to be complacent, obviously, ”Tatum said. “You could tell how excited he was to play at the next level. He talked about [Kansas] coach [Bill] Self and Allen Fieldhouse and the atmosphere. It brought me back. I remember how excited I was to go to college. I’m excited to watch him next year. “

Dick said he didn’t predict any of this, but it is a well-earned honor. He has enjoyed one of the greatest shooting seasons in high school basketball history. He thrives in the pick-and-pop when lifting to the perimeter, he knocks down his catch-and-shoot opportunities, and he can create off the dribble.

Tatum saw Dick play in person earlier this year when he traveled to Springfield College to watch the Hoophall Classic. If his schedule di lui had allowed it, Tatum said that he would also love to watch Dick play in the GEICO High School Showcase.

“I think it’s my duty,” Tatum explained. “Being in high school, when professional NBA players used to come back and watch games and watch me play, I know how that made me feel and I know how excited I was. I remember it was like a visual. There is somebody who is where I want to get to. It’s like motivation. So now that I’m in a position to go back and to watch high school players in tournaments that I’ve played in, I feel like it’s only right. “

Last year, Dick’s Sunrise Christian made it all the way to the finals in the GEICO tournament. However, they finished as the runner-up, falling 62-52 to Montverde Academy. 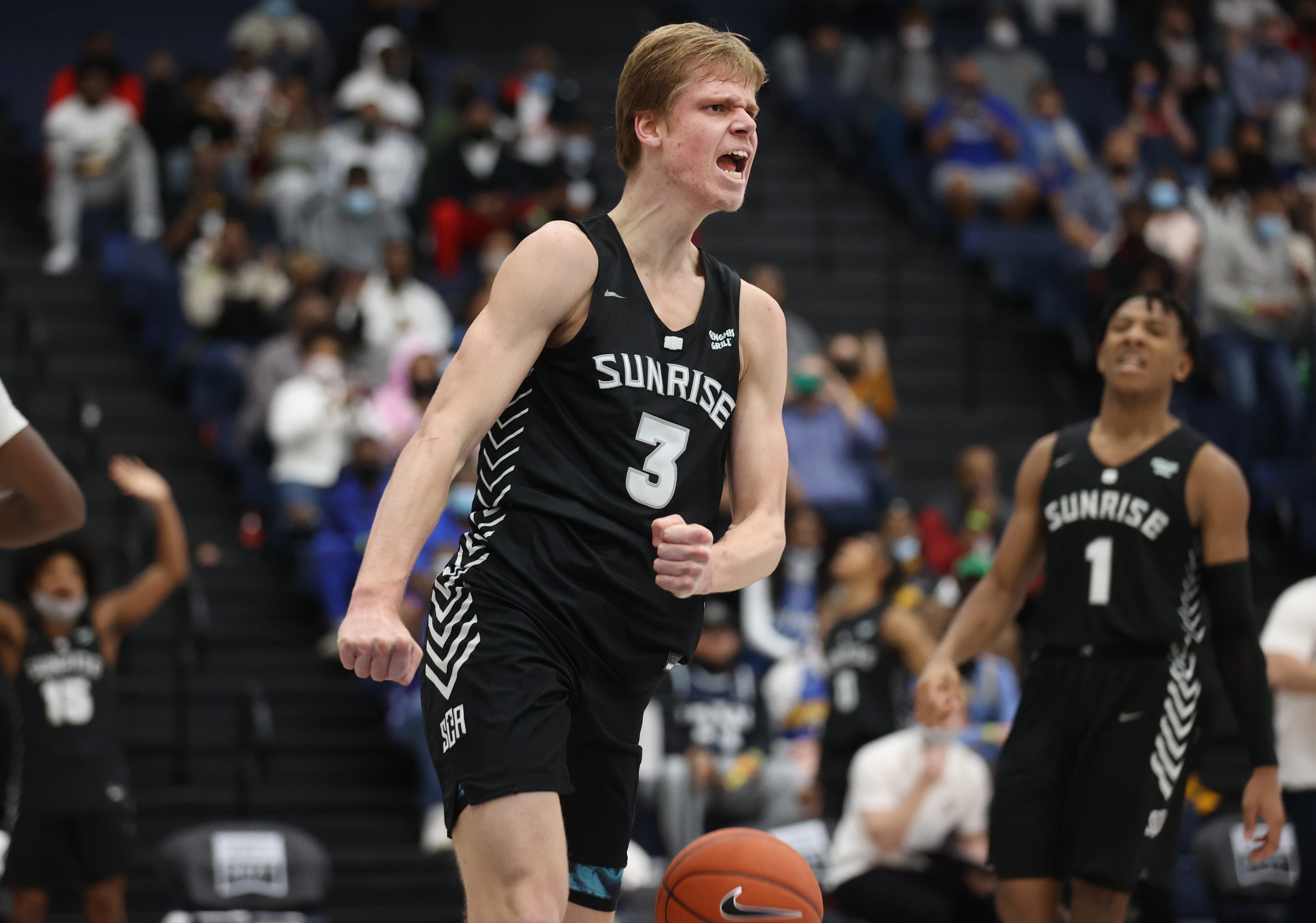 Dick was able to learn how to make an impact even without the ball in his hands, and he was able to thrive as an off-ball movement shooter by navigating screens. This season, however, he has become more of a focal point.

“I had to come up with a bigger role and be the leader of this team and just get our guys going,” Dick said. “I don’t know if even we or a lot of the other people in the country expected us to kind of be where we are at the start of the season.”

Of course, with the Gatorade National Boys Basketball Player of the Year in his possession and with his sights set on finishing up his illustrious high school career at Sunrise Christian, Dick still makes the time to watch Kansas play in March Madness.

The Jayhawks won the Big 12 Conference Tournament, then defeated Texas Southern and Creighton during the opening weekend of the NCAA men’s basketball tournament. They will face Providence in the Sweet 16 on March 25.

“It’s crazy!” Dick added. “I love seeing the team that I’m going to play for in the future, literally next year, keep dancing to the Sweet 16. Seeing how they bond on and off the court is what excites me the most.” 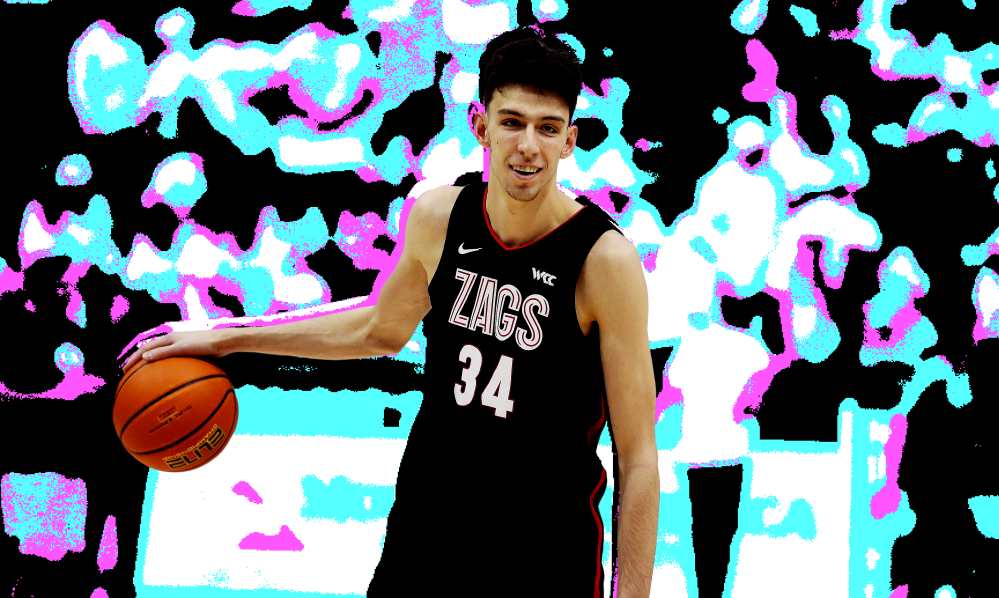