Tonight is a massive night for Irish boxing and not just Michael Conlan claims Jamie Conlan.

The Olympic medal winner takes on dangerous Columbian Miguel Marriaga in Belfast on top of a stacked Irish card in his first fight since he suffered a dramatic defeat to Leigh Wood in March.

The former Commonwealth champion and world title challenger believes the sport needs a successful Conlan to thrive. Without the Top Rank fighter there are no big shows for the likes of undercard fighters to appear on, suggests Jamie Conlan.

With that in mind, the older of the two boxing-steeped Conlan brothers suggests a Michael Conlan hiccup tonight would affect a lot more than just the fighter.

“If Mick wins Irish boxing has big nights continued, he’s the headline act. He needs to win for everyone else to eat because he’s bringing the TV cameras, he’s bringing the promoter, it’s a massive night. All the hopes of Irish boxing lie on his shoulders on Saturday night and ours as promotion and us as a family.” 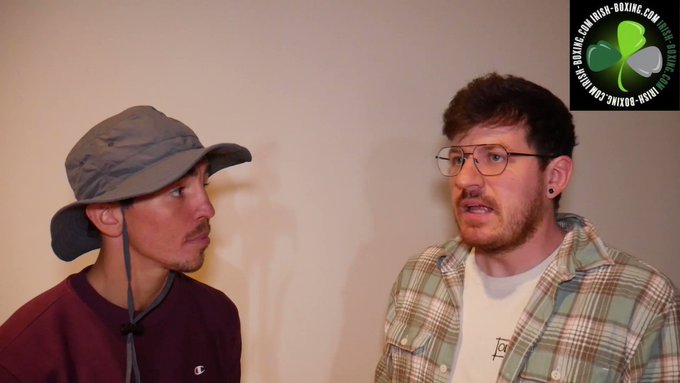 It’s a big responsibility and big pressure for the fighter, but the kind of pressure he thrives on according to his brother.

“He excels in that pressure and that’s why he took this fight with Marriaga, there were a few names floating about but we took this one because it’s what he needed to reset focus going forward.”

With so much at stake and considering he suffered a heavy KO defeat last time out Ireland’s only male World Championship gold medal winner would have been forgiven for taking an easier return.

Considering he’s shared the ring with the likes of Vasyl Lomachenko, Nicolas Walters and Oscar Valdez and is a renowned puncher, the Columbian is more than just a solid comeback fight he represents and is a risky return.

Jamie Conlan admits as much and although he thinks the Adam Booth trained fighter deserves credit for agreeing to the fight, he also points out it’s the kind of fight he needed.

The Conlan Boxing promoter says there are some demons to be laid to rest and Marriaga is the kind of fighter that will allow Conlan to sleigh them.

He also stresses the Columbian provides passage back to world level.

“It’s a testament of his mentality to take a fight with a renowned puncher after being knocked out. It’s testament to him as a man and how he refocused and reset after the fight with Leigh Wood. Marriaga is a potential banana skin and always a danger man. If you are ready for a world title you beat Miguel Marriaga if you’re not you get beat by Miguel Marriaga, it’s that simple.

“He is heavy handed, he is dangerous, he’s a wiley veteran and he doesn’t get stopped. Mick isn’t the biggest puncher, although we saw a bit different in the last fight, he’s going to have to be on his game, he’s going to be put in positions in was in his last fight and that’s why he’s taken this one.

“If he didn’t take a fight like this anything that was lingering from the last fight was just going to be prolonged. Straight back in the mix and straight back in for a world title after this, that’s what we need.”