As the International Plowing Match (IPM) continues in North Grenville, the plowing competition was winding down on Friday in a field about 10 kilometers west of the tented city.

There, you’ll find around 100 people competing in the cold fall wind, like Scott Thomas.

“My father plowed and there was another fellow that plowed from Lindsay area that used my father’s horses all the time, and he’s actually the one that got me started,” Thomas said, his two-horse team resting behind him.

“We were at a match one time and at the end of the day he said ‘Take the team and go plow,’ and I did and fell in love with it.”

Thomas lives in Elmwood, in southwestern Ontario. He drove eight hours to get to this year’s event.

He has plowed in 34 matches since 1984, minus the pandemic years and when he attended college.

“I’ve been Grand Champion twice and I’ve been Reserve Champion three times in the horses, but that was back when I had the old horses,” he noted.

This year, he’s breaking into a new team of horses, which is not an easy task.

“It’s been challenging because I had my last team I had for 14 years,” he admitted. “They were just like a tractor for me. You started them in and never looked again until you got to the other end of the field.

“Horses tend to have a mind of their own, they don’t always go where you want them to go,” he smiled.

In order to compete here, all the competitors had to qualify through local plowing matches to gain points.

The plowing competition began on Wednesday, with judges grading how well the furrow looks. That’s the piece of land left behind from the plow.

“The main thing is straightness, firmness of furrow, evenness of furrow and general appearance,” said Carl Weber, chief steward for the plowing competition. “A good furrow is a straight furrow and an even furrow.”

“A lot of guys will attend 10 to 15 matches to sharpen their skills for the competition. The horses don’t have as many points as the tractor class,” he added.

There are 16 different classes of competition for both horses and tractors. 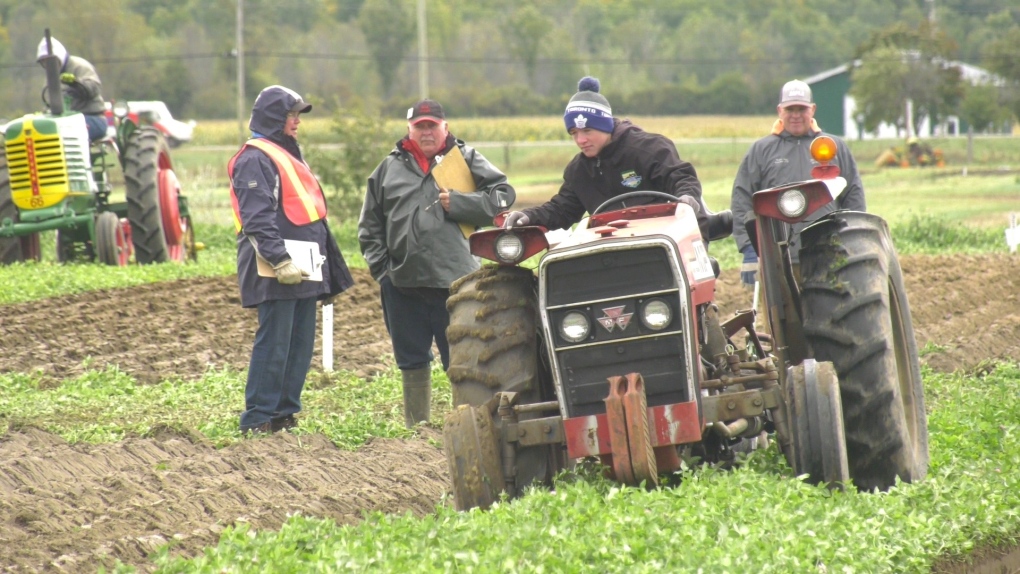 And while some say plowing is a dying art, there are youth competing, like 12-year-old Parker Maitland from nearby Jasper, Ont.

“My family was kind of into it and I kind of got into it as a young age and I just kept doing it,” he said.

“I like it when you’re done and you get to look at it and you are very satisfied at how you’ve done it,” Maitland said.

He’s competing in the 2 Furrow Plow class for ages 10 to 15. His only other competitor is Sam Grant, 14, from Elgin, Ont.

“If we don’t plow then nobody else will,” Grant said, plowing since he was nine years old with his father. 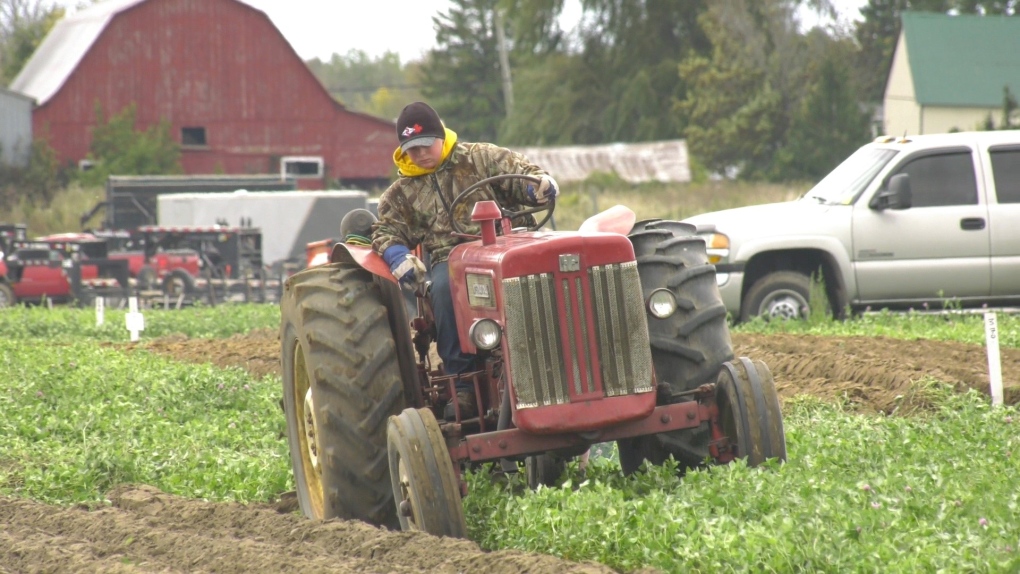 While Weber noted plowing using a tractor has tapered over the years as farmers went to other larger implements, horse plowing in this competition has remained consistent.

“Plowing is not what it used to be 20, 30 years ago but its coming back again,” he said. “(Farmers) have realized the advantage of plowing so I think we are here for a while yet before this is a thing of the past.”

“I see the future is quite bright yet for plowing,” Weber said.

As Thomas makes another pass on his plot of land, he doesn’t expect to take home top prize. He’s just happy to compete.

“We just really enjoy it,” he smiled. “Me and my wife do it together, there’s a few guys that come by themselves, it’s just something we’ve always done together and it’s our time away from everything else.”

Thomas also noted the camaraderie at the match with longtime friends he only sees once a year.

“There isn’t one person here that won’t help another person,” he noted. “If I leave something at home, somebody will have it and give it to you.”

“We compete here daily, but we go back to the barns at night and we all have drinks together,” he laughed. “We only see these people once a year so you come to it, you enjoy it.”