By Ollie Lewis For Mailonline

Port Adelaide fans have decided enough is enough and have called for Ken Hinkley to be flicked after another embarrassing showing against Melbourne.

The Power were given little chance of triumphing over the reigning premiers from the outset, but put in an insipid, uninspiring performance that laid to bare the mounting problems facing the club.

Hinkley’s side made an unwanted piece of history on Thursday too, failing to score in the first half for the first time ever in a new low for the club. 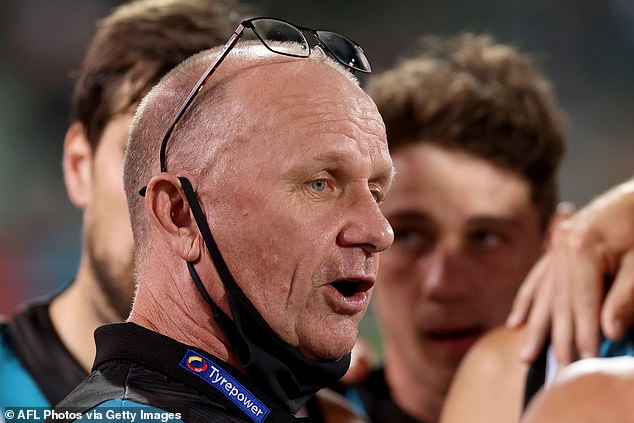 Their latest performance provides a chastening appraisal of where the Power stand. Having been tipped as a certainty for the top four, St Kilda legend Leigh Montana says their status has changed.

‘It is fair to say they are no longer a contender, not this season anyway,’ he said on Fox Footy.

‘They won a lot of games over the previous two seasons but for some reason it has not gone that way.

‘Today they looked lost. They had no confidence. They didn’t know what they were trying to do. In the end, Melbourne did what they did when they put down and it is a real concern now for where their season goes. ‘ 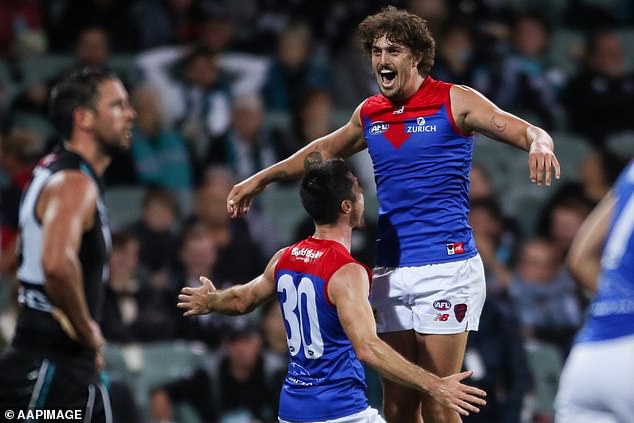 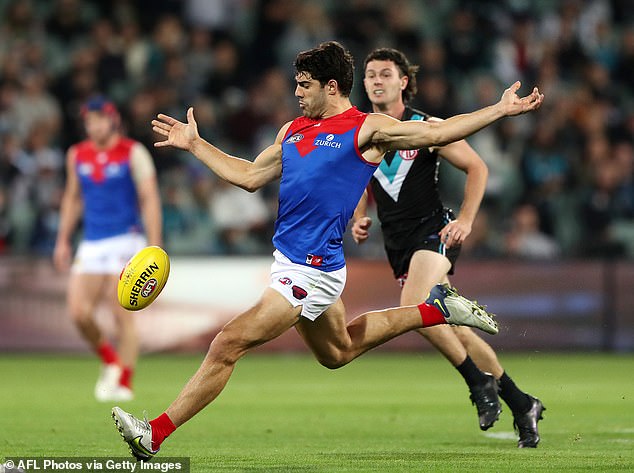 The Demons kicked the first eight goals of the game and held Port Adelaide to their first-ever goalless half in the AFL, as Melbourne kept a team goalless at halftime for the first time since 1994.

The Power had to wait 106 minutes for their first goal, when Dan Houston debbed one with four minutes left in the third quarter.

The result saw the Power slump to 0-4 – their worst start to a season since 2008 – and Hinkley has now lost five games in a row for the first time as Power coach.

Port Adelaide have also lost four straight games at their home ground for the first time in four years. 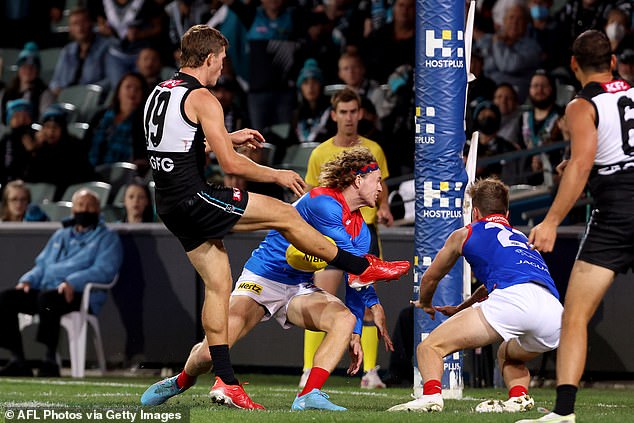 Melbourne finished with huge advantages in contested possessions (148-124), clearances (38-29) and inside 50s (56-47) as they suffocated the Power with relentless pressure and impeccable defensive structures, making scoring almost impossible for Hinkley’s men.

Compounding things for the hosts was Brownlow medallist Ollie Wines being subbed out at halftime due to illness.

And ruckman Scott Lycett appeared hampered by a shoulder injury for much of the match, allowing Melbourne big man Max Gawn to dominate proceedings.

James Harmes and Ed Langdon were also hugely influential for the Demons, while Steven May had a field day in defense, picking off countless Power forays. 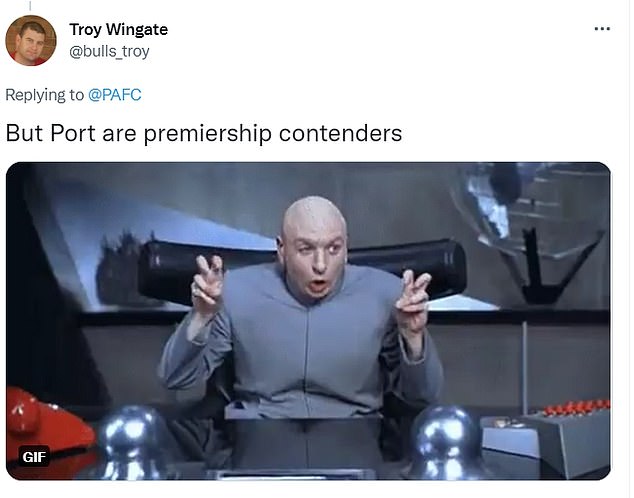 The first quarter was actually a tight arm wrestle and although Port Adelaide had the early inside-50 advantage but they couldn’t translate that dominance onto the scoreboard.

The Power tended to bomb it long, which played right into the Demons’ hands.

What Port Adelaide was lacking, Melbourne had in abundance – key targets in attack – and after a pressure-filled, goalless 50 minutes, the Demons kicked five goals in 11 minutes, to shoot out to a 37-point lead at halftime.

Melbourne’s midfield and forward line got right on top, cracking the game open.

Port Adelaide’s first ever goalless half of football was capped off when Todd Marshall was denied a shot on goal after the halftime siren to try to help his team avoid that unwanted statistic.

It didn’t get much better for the Power in the second half as Melbourne kept their foot on the throat, before the hosts were finally afforded some respite, kicking the last three goals.