Though we are in the thick of basketball season, and the offseason in football keeps rolling along, a light has shown itself at the end of the tunnel. For the Oregon Ducks, that light is spring football. On March 10, Dan Lanning and his new coaching staff will hit the gridiron for the first of 15 practices with the team, giving us an oasis of things to talk about.

One of the things we are looking forward to the most is seeing some individual players take the field. How do they look after the offseason? Are they healthy? What improvements have they made? How will they be used in the new scheme?

The list of guys we can’t wait to watch is endless, but we highlighted a few key players to keep an eye on.

If you want to find out how serious and dedicated the Oregon Ducks football fan that you’re talking to is, then ask them which player on the defense they are most intrigued to see in 2022. If their answer is safety Jeffrey Bassa, then you know that you’re engaging with a certified Duck fan who knows the game well.

That quip is not meant to take aim at any Oregon fans. It’s simply a statement about how Low, who played in 11 games as a true freshman in 2021, is quick to be looked over. When you have guys like Noah Sewell and Brandon Dorlus in the front seven returning, plus a guy like Justin Flowe set to get his career going at Oregon after missing the past two seasons with injury, it’s not hard to look past someone like Bassa when thinking about players we are excited to see this spring.

At Ducks Wire, we are here to remind you what he can bring to the table, though, and highlight how important this next month will be in his college career.

Why is it so important, you ask? Because we are finally going to see where Dan Lanning and his coaching staff di lui choose to put Bassa on the defense. If you’ll remember, Jeffrey turned some heads last year when he made the move from safety – his natural position where he earned a 4-star rating as a recruit – to linebacker after a rash of injuries left the Ducks thin at the position. Throughout the year, former head coach Mario Cristobal insisted that the team was likely to move Bassa back to the secondary after the season, despite Bassa’s success at LB, where he racked up 48 tackles, 3.5 tackles for loss, 1 sack, and 1 pass defended.

That was the previous regime, though. Where does Lanning think Bassa will be served the best? That’s something that we will likely see this spring. Our hope is that the answer is somewhere in the middle.

Personally, I think that Bassa will be best served in a strong safety / rover position on the defense. Think of Jamal Adams (with the New York Jets before he was traded to the Seattle Seahawks), or Landon Collins with the Washington Commanders. Those are guys who can drop into coverage but are really special when it comes to flying up into the box and protecting against the run.

If you have someone who can excel at both the LB spot and is naturally comfortable in the secondary, it seems like a good fit, no?

The one unknown in this prediction, of course, is that we aren’t quite sure what Lanning’s defense will look like. With defensive coordinator Tosh Lupoi joining forces with the defending national champion, we are unclear on what type of scheme the Ducks will run, and where all of the pieces will fit.

That’s something we will find out more about this spring, and with it, we will get a clearer picture of where Bassa is going to continue his already impressive career at Oregon.

11 Oregon Ducks who are poised for a second-year breakout 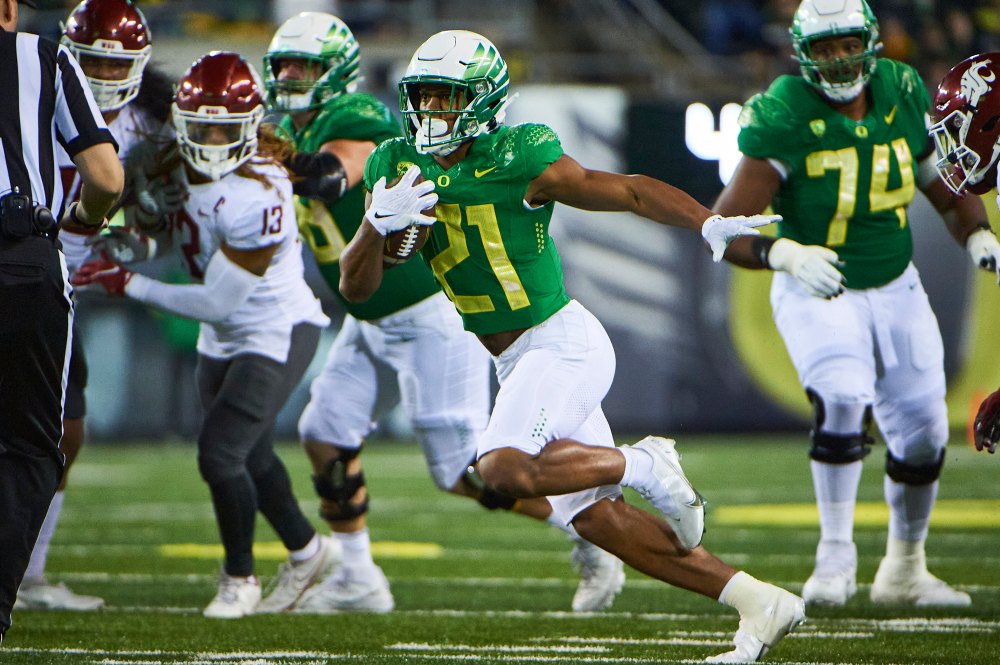