Millions more around India tuned in to Disney’s television network Star and its Hotstar streaming platform to watch the IPL, a tournament that has arguably done more than anything else to propel the US entertainment group’s subscriber growth in Asia.

Disney is now preparing to defend its own title. After five seasons in the group’s hands, the IPL media rights from 2023 to 2027 are up for grabs in an auction starting on Sunday that is expected to make the league among the most valuable sports tournaments globally.

Disney, Amazon and Viacom18 did not immediately respond to requests for comment, while Sony and Lupa Systems, Murdoch’s investment company, both declined to comment.

Since its launch in 2008, the IPL has reshaped the game of cricket globally and turned India into one of the world’s most promising sports markets. The IPL’s shorter, faster-paced playing style attracts the world’s best cricketers, advertisers and hundreds of millions of viewers for a two-month season. It is also expanding, with new teams added this year.

“The only really safe media bet in India is the IPL,” said Joy Bhattacharjya, a sports executive and former director of the Kolkata Knight Riders IPL team, arguing it has become a commercial event that rivals the sales bump seen during India’s religious festivals. The IPL “is Diwali and Durga Puja [put together]”.

Yet, with analysts expecting the rights to fetch at least twice the $ 2.6bn Star India paid five years ago, the auction will test the appetite for digital media spending.

Investors, who until recently have cheered on streaming subscriber growth no matter the cost, have turned more cautious in the wake of Netflix’s revelation in April that growth had gone into reverse.

“In the post-Netflix meltdown world, making a rational financial decision over ‘subscribers at any cost’ makes sense,” said Jessica Reif Ehrlich, an analyst at Bank of America. “That’s over.”

This time the rights will be broken into separate segments allowing multiple companies to show matches. These include the rights for Indian TV, Indian digital, international and a “non-exclusive digital” segment allowing one company to separately stream about 18 of the season’s 74 matches.

“This whole thing has been architected to drive up prices,” said a person familiar with the bidding process. “Everybody would love to have the IPL but you have to balance it against the cost.”

With India among the leading growth markets for everything from smartphones to advertising, the IPL’s digital rights are expected to attract the most frenzied bidding.

The Board of Control for Cricket in India appeared to be “counting on competitive aggression of an unprecedented nature” in the bidding, said another executive. “If that happens, it will be a very expensive bid and a winner’s curse.”

Disney has the most to lose. Its Indian streaming unit Disney Plus Hotstar has been an engine of subscriber growth for Disney Plus, thanks primarily to the popularity of IPL. Disney chief executive Bob Chapek has made growth at Disney Plus the top priority for the company and promised Wall Street that it will reach 230mn to 260mn subscribers by 2024.

Hotstar is expected to help Disney reach that goal. The unit accounted for 35 per cent of Disney’s streaming subscribers at the end of the first quarter, with about 46mn, although the value of those subscribers is much less in comparison to US customers since they pay 76 cents per month versus $ 8 per month.

“The question is what’s [Disney’s] pain threshold, ”Ehrlich said. “I don’t see it as the end of the world if they walk away because the bidding becomes unreasonable.”

Media Partners Asia, a research group, estimates that Disney enjoyed a modest operating profit of $ 281mn on the IPL between 2018 and 2022. Vivek Couto, MPA’s executive director, said that would be much harder to replicate with double the spending on rights.

“Has it allowed them to create a great sports business for their brand halo? Definitely, ”he said. But, he added him, “it’s going to be challenging to make money out of it”. 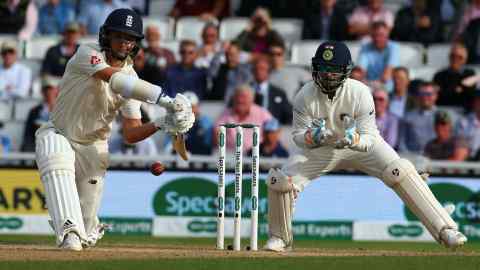 Disney is expected to face fierce competition. For Murdoch and Reliance, IPL rights would propel Ambani’s goal of transforming his conglomerate into one of India’s leading digital platforms.

For Amazon, it would give the ecommerce-and-streaming group deeper reach into rural India.

Sony, meanwhile, is seeking to regain rights after losing them to Star five years ago. It plans to bid alongside Indian media group Zee Entertainment after a merger agreement last year.

While the possibility that the total rights package could sell for more than $ 5bn sounded “shockingly high”, according to one potential bidder, it seems less outlandish when considering that India’s inflation rate is roughly 8 per cent and there are more games than in the prior package. “The digital business has grown bigger, so there’s some logic to it,” he added.