With EuroBasket 2022 just around the corner, many international fans will flock to see the highest level of European basketball with many NBA stars on the teams’ rosters.

However, with the change of the teams comes a change in the rules that are being upheld in the tournament, as FIBA ​​basketball rules have 9 distinct differences compared to the NBA rulebook.

Whether you are preparing as seriously as Zach LaVine did before the Tokyo Olympics last year or just casually waiting for the best European basketball can offer to just come to you, let’s quickly go through the differences between the rule sets and how they impact the game.

Along with the larger court, the NBA three-point line is further from the basket, being 7.24-meter away. The distance becomes shorter if you shoot from the corner as it is only 6.7-meters away from the basket in such an instance.

According to FIBA, the three-point line has the same distance from every single angle and is measured at 6.75-meters.

Each quarter in the NBA lasts 12 minutes, while each one of FIBA’s competitions is 10 minutes long. Overtimes last 5 minutes in both systems of basketball.

In the NBA, each team has 7 timeouts during regulation. Each squad is limited to no more than 4 timeouts in the 4th quarter and two timeouts per team after the three-minute mark of the 4th quarter.

In overtime, each team is allowed two timeouts. Also, coaches are not the only ones who can call timeouts in the NBA, as it can also be done by players who currently have possession of the ball.

In FIBA ​​basketball, the timeout rules are a bit more straightforward. Each team can use two timeouts in the first half and three timeouts during the second half. Each team is limited to two timeouts with 2:00 or less remaining in the 4th quarter.

Each team is given only one timeout per overtime, and the timeouts do not add up in case there is more than one overtime being played. Also, only the head coach can call for a timeout in FIBA ​​basketball. 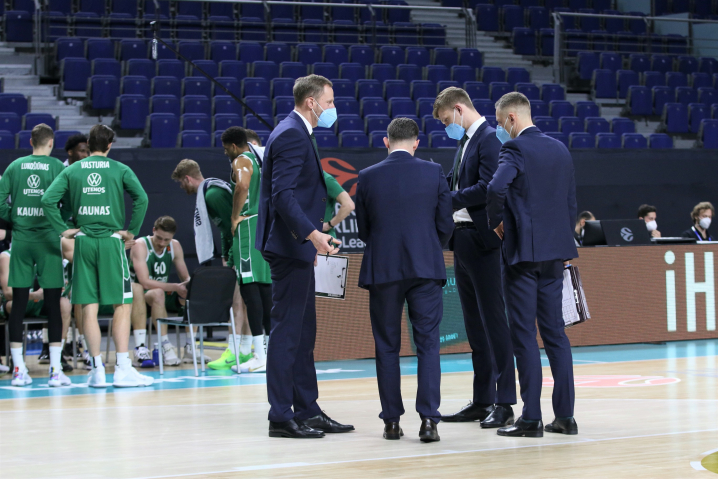 Fouls and their types

Flagrant 1 and Flagrant 2 fouls do not exist in FIBA. Instead, unsportsmanlike fouls are written in the rulebook. In most cases, they are similar to Flagrant 1 fouls and are charged for excessive contact.

However, they are also called in clear-path situations and instances where a defensive player does not go for the ball while attempting a defensive move. For example, wraparound fouls that are considered personal fouls in the NBA are regarded as unsportsmanlike fouls in FIBA.

It’s worth noting that from the 2022-23 season, the NBA will apply the rule in the same way as FIBA.

The violation awards two free throws and possession to the opponent team as it is with flagrant fouls in the NBA.

In both rulebooks, goaltending is called when a player blocks the opponent’s shot after it has hit the backboard. However, the players cannot touch the ball while it is above the ring and within the imaginary cylinder in the NBA.

In FIBA, players are allowed to touch the ball after it hits the rim even if the ball is in a downward motion towards the goal and is within the cylinder of the ring. Players can also tip the ball even if it’s still in the cylinder area.

The game begins with a jump ball both in FIBA ​​and in the NBA. However, FIBA ​​rules state that if there is a jump ball situation during the game, the players will not actually jump for the ball to gain possession.

Alternating possession can be lost if the throw-in player commits a violation during an inbounds situation.

There is no coach’s challenge in FIBA ​​competitions. While fouls can be reviewed if they were personal, unsportsmanlike, or disqualifying, they cannot be canceled. Also, FIBA ​​referees tend to take less time reviewing the plays compared to the NBA.

Only a certain set of decisions can be reviewed during the entirety of the match, while most of the review capabilities, although still limited, are being opened up during the last 2 minutes of the 4th quarter.

While the difference in calling the traveling violation has been one of the main differences throughout the last decades, several years ago, FIBA ​​decided to bring its game closer to the NBA in that aspect.

After catching the ball, the foot that first touches the ground becomes the pivot from which all other actions can proceed. The player can then start dribbling the ball or take a two-step to finish the shot, hence, creating a three-step move together with a zero step.

Although the traveling rule took a leap closer to the NBA standard, FIBA ​​referees are still way stricter in calling the violation compared to their colleagues on the other side of the pond.