American businessman Chris Kirchner has had his offer to buy Derby County accepted after detailed talks with the club’s administrators over the past few days.

Kirchner appeared to be out of the running to take over Derby when he withdrew his original offer just before Christmas and turned his attentions instead to Preston North End.

But talks with Preston broke down last week and he has now been named as Derby’s preferred bidder.

“This follows receipt of his recent bid for the club. The bid is for the purchase of the football club only with the terms of the club’s ongoing occupation of Pride Park stadium to be negotiated with external stakeholders.

“Mr Kirchner had initially expressed an interest in acquiring the club in late 2021, and the joint administrators have welcomed Mr Kirchner’s renewed interest.

“Discussions have taken place with key stakeholders, and Mr Kirchner has been named as the preferred bidder for the club, with immediate effect.

“The joint administrators have entered into a period of exclusivity with Mr Kirchner and his advisers, during which further operational, commercial and contractual discussions will take place.”

As preferred bidder, Kirchner will have exclusivity in accessing all of the club’s confidential accounts, and give him preferential status to complete a takeover of the club.

Any change of ownership is unlikely to happen for two months at least, Sky Sports News has been told, and there are still many more barriers to overcome.

The most significant hurdle is the ownership of Pride Park, which still belongs to Mel Morris, and a separate deal to either purchase or lease the stadium to Kirchner will need to be agreed.

Then there is the lengthy due diligence needed for Kirchner’s accountants to study all Derby’s finances, and further negotiations with creditors to clear the club’s debts. 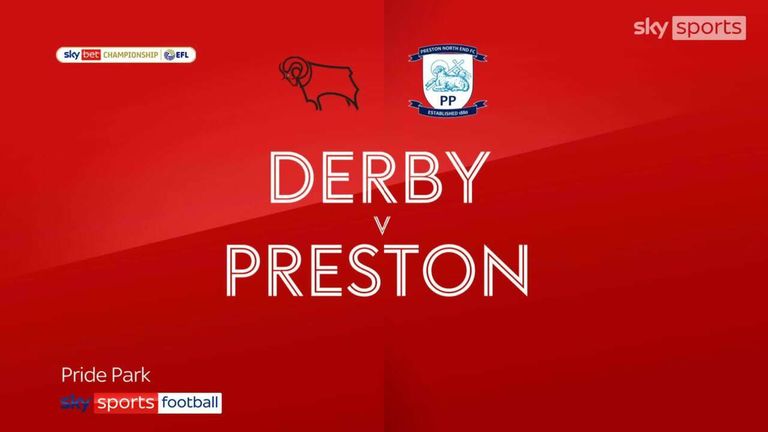 However, it is a hugely positive step after months of despair for Derby fans, who have seen their club in administration for more than six months.

Carl Jackson, joint administrator, added: “We are delighted to be able to name Mr Kirchner as preferred bidder, which the Joint Administrators consider represents the best deal for creditors and one which will secure the long-term future of the club.

“The naming of our preferred bidder represents a significant milestone in the administration, and we look forward to working with Mr Kirchner and his team to complete the sale of the club.”

Rooney at the time spoke favorably about the possibility of Kirchner taking over. “He has got some really good ideas and as long as everything is right for the club I can see it being a real positive,” the Derby boss said.

In withdrawing his offer for Derby in December, Kirchner said he had presented a “very detailed, generous and ambitious long-term sustainable business plan”.

“This is hugely positive news, and the first shaft of light in a very dark tunnel for Derby County fans.

“The club has been in administration for more than six months, and failed promises from Quantuma, the club’s administrators, stated they would be at this stage shortly after Christmas.

“That hints at just how complex a financial situation they are dealing with, and it should provide a note of caution for anyone who thinks this is an automatic solution to all of Derby’s problems.

“It’s a massively significant first step – but a useful analogy is when someone selling their house has accepted a verbal offer from a would-be buyer.

“How many house sales do we see collapse amid the red tape that comes before completion? The same risk applies here to Derby. Kirchner or the administrators could walk away at any stage if they aren’t happy. Nothing legally binding has yet been signed .

“And remember Kirchner has already walked away once – before Christmas, when he felt his offer wasn’t progressing. He then turned his attentions to Preston North End, but when that attempted purchase failed last week, he came back to Derby.

“Kirchner has already shown he has the funds to buy the club – that was a condition laid down to all bidders by the administrators. But he will now be given full and unobstructed access to Derby’s accounts for the first time, as ‘preferred bidder’ .

“I’ve been told throughout this process that there are plenty of demons within those accounts – many of them, it’s hoped, have already been exorcised by the administrators.

“But it remains unclear what stage negotiations are at with the various groups who are owed money by Derby – the football creditors (who must be paid in full, otherwise the EFL will impose a points penalty for the start of next season), the non -football creditors (who are likely to only get a proportion of what they are owed) and the HMRC (who are unlikely to accept greatly reduced payments on what they are owed).

“The EFL will require much reassurance, after their recent history with Derby. First and foremost, Kirchner and his directors will have to comply with the Owners and Directors test.

“Even more significantly, Kirchner has struck a verbal agreement to buy the club. He has not struck a deal to buy the Stadium. Pride Park is owned separately by Mel Morris, and negotiations must begin now to agree terms for Derby to continue to use it in the future.

“What happened to Coventry City, with the dispute over the Ricoh Arena which dragged on for years, is a cautionary tale for Derby.

“And whilst I’ve been told Morris has been very transparent with the numbers, and has offered the chance for Pride Park to be bought or leased by the new owners, it’s yet to be determined whether those numbers are acceptable to Kirchner.

“The fans will hope that things move smoothly from here, but they are unlikely to move quickly.

“Kirchner and his team of forensic accountants will now begin their process of ‘due diligence’, which will test whether what’s been offered for sale is as it appears.

“Who knows how long it will take for binding agreement to be reached with all the creditors, and for a separate legal agreement to be struck with Morris over Pride Park.

“A crucial next step will be to convince the EFL that this agreement provides financial proof that Derby can continue as an operating football club. If it can prove that, the hope is that the ban on player registrations at the club can be lifted quickly.

“As Wayne Rooney has pointed out, Derby will be left with just three contracted senior players come the summer, because they aren’t allowed to agree new contracts with those players whose deals are due to expire.

“Whatever happens, it’s likely to be two-three months minimum before Kirchner could complete a takeover. And by then, Derby’s relegation to League One will almost certainly have been confirmed (Reading’s win on Wednesday night adding that to that sense of inevitability).

“So, it’s time for a reality check. There are sure to be many more dark times for Derby ahead.

“But for now – take nothing away from their loyal and long-suffering supporters. This is a key and momentous first step towards what they hope will be a much brighter, and more stable future.”