Loved ones’ fury over the alleged murder of beloved teacher and soccer star – the 49th woman to allegedly die by a man’s hands in 2022: ‘Enough is enough’

There has been an outpouring of anger, grief and emotion over the alleged murder of beloved teacher and soccer player Dannielle Finlay-Jones.

Ms Finlay-Jones was the 49th woman to allegedly die by a man’s hands in Australia in 2022, according to figures collated by the Counting Dead Women group.

Her Ramsgate RSL soccer team said: ‘The news of her passing has left us all in a state of shock and disbelief.’

A friend wrote on Facebook that ‘Danni was a beautiful soul who had done so much for female football. I’ll always remember playing football with her, she was a star.’

Ms Finlay-Jones, 31, was found dead with severe head injuries at a friend’s home by distraught friends on Sunday afternoon in the Sydney suburb of Cranebrook. 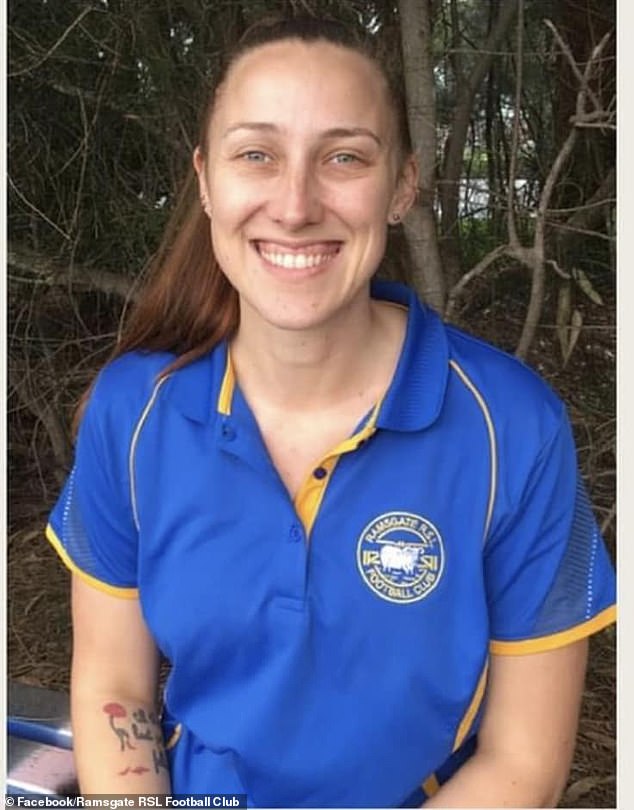 She went to a pub in nearby Marsden Park on Saturday evening with the alleged attacker, with the pair returning to the home in the early hours of Sunday.

The accused killer Ashley Gaddie was arrested on Tuesday night after a 12-hour standoff with police in the Blue Mountains west of Sydney.

Her soccer club said Ms Finlay-Jones was a ‘beloved’ senior vice-president for its women’s side.

‘Dannielle was a beautiful person, a life member of the club who was much loved and very well respected not only within our immediate football community but also throughout the Football St George association,’ the club said.

The club added that, ‘Her tireless and unselfish commitment to football within the community, particularly women’s football, will be sorely missed and her legacy will be everlasting.’

On the Ramsgate RSL team’s social media account, another friend wrote that ‘Dannielle was such a kind, loving and inspirational soul.

‘The work that she did in child care and football was amazing, always went above and beyond. 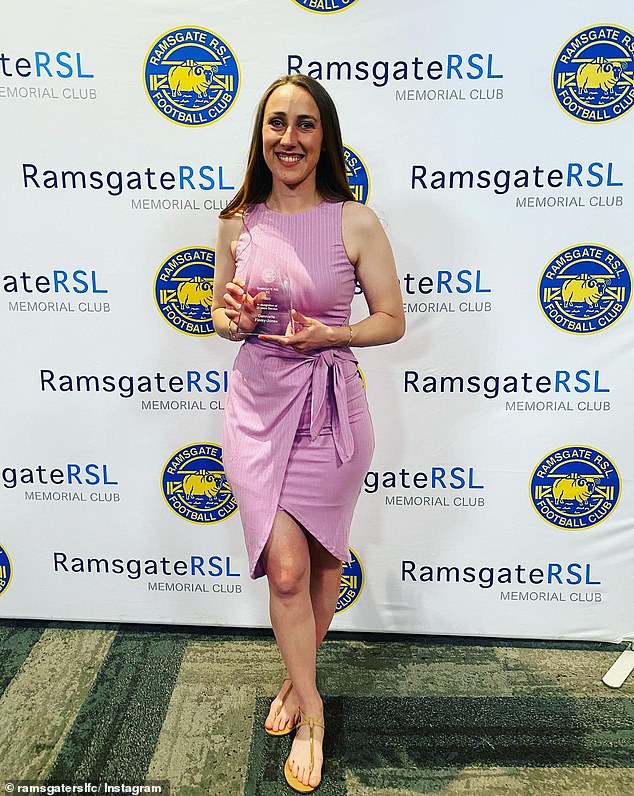 ‘She will be missed by everyone who had the privilege to have met her.’

A woman who played soccer with Ms Finlay-Jones thanked her for ‘the challenge on the field and your laugh and jokes’.

‘We had so much fun I will never forget our nights out! Gone too soon, always remembered on and off the field.’

Another said: ‘Absolutely heartbreaking news. It was always an absolute pleasure playing football with Dani.’ 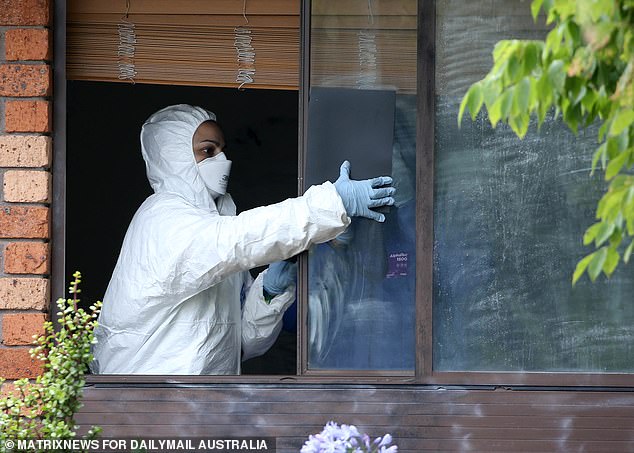 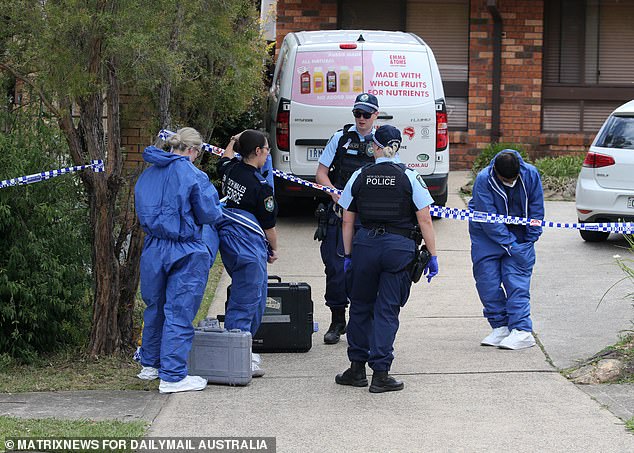 Many commentators spoke of Ms Finlay-Jones’ great personality, with one saying she ‘always had a smile on her face. Truly devastating and shocking to hear.’

‘Dani you were an amazing person, always happy to have a chat or help anyone at the club,’ said another colleague.

Players from other clubs also paid tribute, with one saying, ‘Thanks for the fierce competition between Ramsgate and Peakhurst over the years. 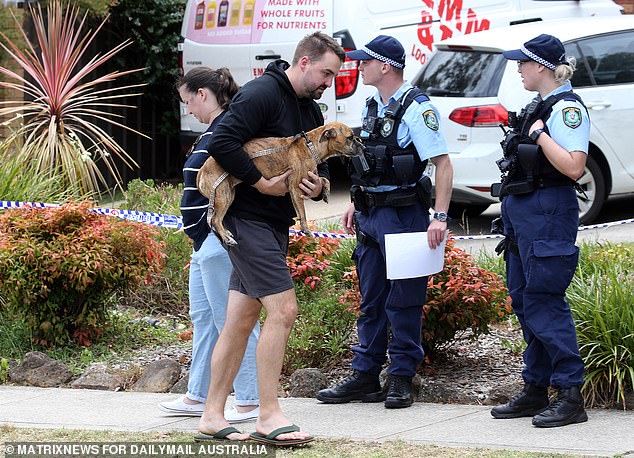 ‘I loved battling beside you on the pitch. You were a magnificent person and player and you did so much for women’s football.’

Others wrote about how Ms Finlay-Jones had mentored young football players.

‘Danielle you had such a beautiful and kind heart. It was a true honor to call you my friend. 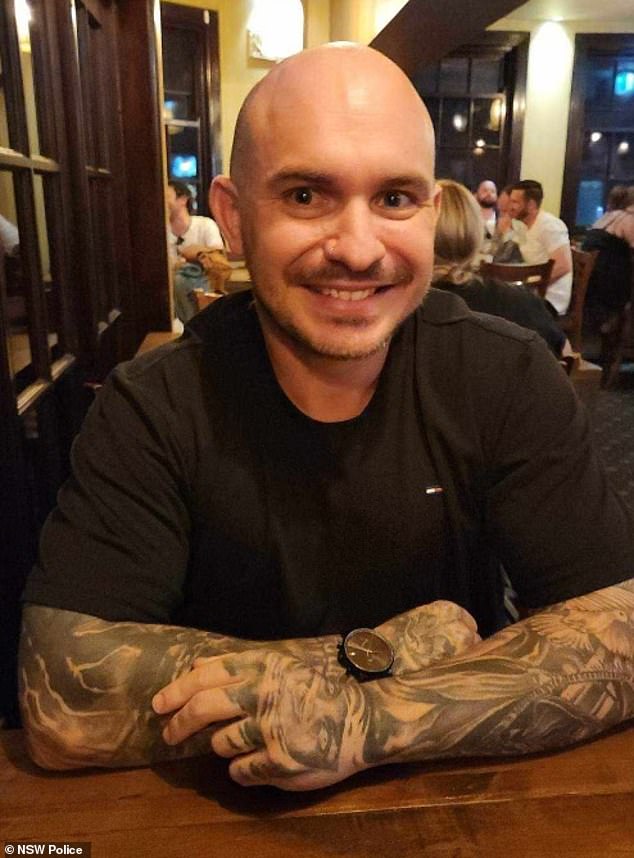 Ashley Gaddie (pictured) has been arrested in connection with the alleged murder of Dannielle Finlay-Jones on Sunday.

‘A true angel who now has her wings back RIP my love.’

Dannielle Finlay-Jones and Ashley Gaddie allegedly met up at The Marsden Brewhouse, in Marsden Park, with her friends.

She allegedly introduces him to her friends as her new boyfriend.

Ms Finlay-Jones and Gaddie allegedly returned to the woman’s friend’s place about 20km away, in Cranebrook.

Ms Finlay-Jones’ friends found her unconscious at the Cranebrook home and called paramedics, who pronounced her dead at the scene. Police believe she may have been dead up to eight hours.

A man is arrested after a 12-hour standoff with police at Fletcher’s Lookout in the Blue Mountains, west of Sydney, in connection with Ms Finlay-Jones’ death.