What a seminal moment for the sport, here and everywhere. It is not just a fight for survival, it is an identity crisis too. Rugby’s authorities are balancing on a knife-edge.

A few days on from the RFU announcement, the after-shocks are still being felt and the debate rages on, along with loud, angry recriminations. The union approved the lowering of the legal tackle height to waist level from July 1 – in the semi-pro and community game – and all hell broke loose.

It is an emotional issue, but also a fiendishly-complex scientific and medical one. Going against the grain, this column has some sympathy for the powers-that-be trying to find a perfect solution to the specter of head trauma, when none exists. There is no nirvana, just risk reduction. Something has to change. Rugby cannot just accept that concussions, early onset dementia and possible links to motor neurone disease go with the territory. The sport must try to be safer. 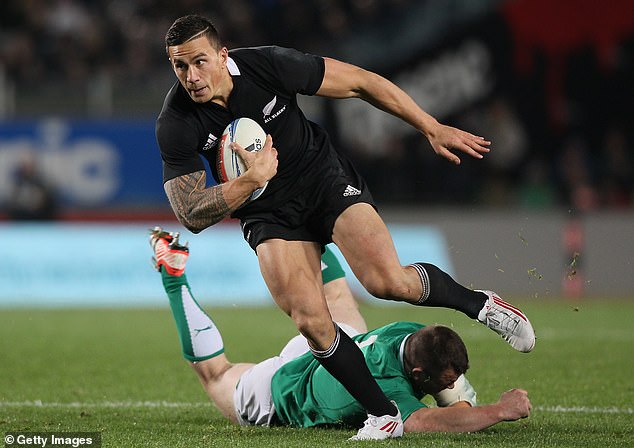 Those bellowing in fury at the RFU have to grasp the gravity of the situation. This is an emergency, not least because former amateur players have joined ex-professionals in launching legal action against governing bodies. This is no time for entrenched positions and antagonism. All concerned with the well-being of the game must proceed in a spirit of co-operation, or extinction is inevitable, in this age of health & safety culture and litigation.

An identity crisis is a part of the overall problem. What does rugby want to be, exactly? Sonny Bill Williams, the decorated former All Black, weighed in on this by saying it is not an ‘evasion sport’. But why not? It can be.

Many years ago, watching the visionary Brian Ashton coaching a group of junior players in Bucharest, the thrust of his message was simple – find space. Eureka. Of course. It doesn’t have to be all about endless, pounding punishment, but that’s the way the game has gone.

Change is vital, but it is always resisted. Suggest the abolition of the scrum as a contest and there is up-roar, despite the turgid, off-putting grind of endless re-sets. Suggest a reduction of numbers on the field – perhaps to 12-a-side, as argued by this column in the past – and the traditionalists are left foaming at the mouth. 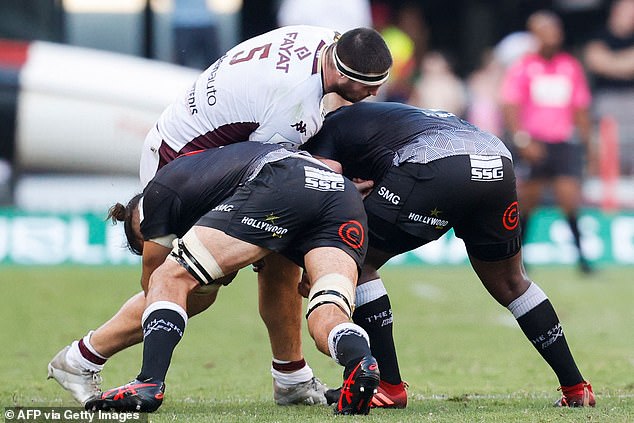 Yet, that would be a potential solution. More space equals fewer collisions, which in turn equals lighter, more nimble players, making more line-breaks.

In the professional era, tacklers were ordered to start aiming higher to combat the specter of off-loads – but rugby should be far more concerned about the threat to the health of its participants than any threat to defenses.

In France, the tackle height was lowered to waist level in the community game in 2019, after the death of four players the previous year jolted the authorities into action. They have stuck to their guns and there have been marked reductions in concussion levels. According to leading sports scientist Ross Tucker, the data overwhelmingly supports the change.

In a nutshell, forensic research suggests that avoiding head-on-head collisions is the priority as it poses the biggest danger. Tacklers aiming low are vulnerable to head-on-knee contact, but this is deemed to be the lesser evil. It is not perfect, but the risk reduces. 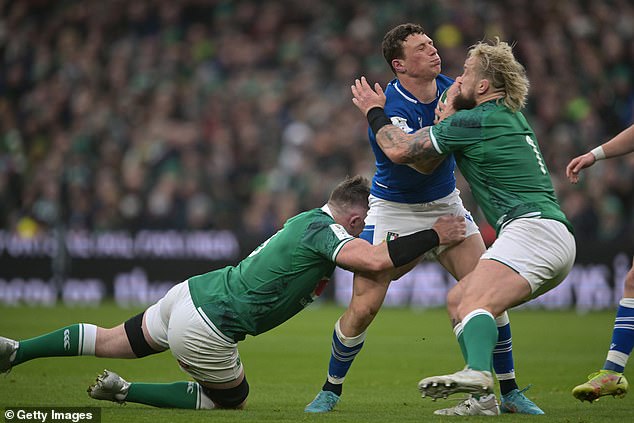 The RFU have faced a fierce backlash from community clubs, partly due to a lack of consultation and a lack of explanatory evidence, which they insist will be forthcoming. The void has been filled by prophecies of doom and there is bound to be a period of chaos in the lower leagues as players, coaches and referees grapple with a seismic cultural shift. The semi-pro and amateur game is, in effect, being used as a testing ground and it has not gone down well.

But, in his detailed report on seven years of extensive scientific research, Tucker – who has worked extensively with World Rugby – said: ‘The RFU needs to commit to this trial for two years, minimum.’ On overcoming widespread resistance, he added: ‘Some people will give you 10 reasons why something won’t work, whereas the French were looking for 10 new ways to make it work better.’

There was also an interesting comment about rugby being an evasion sport, not just a contest of endless, savage collisions. Once again citing evidence from France, he said: ‘The game has become more evasive. Ball-carriers are no longer allowed to drop down and charge into a tackler, so they have sought other solutions to the problem of being tackled.’ 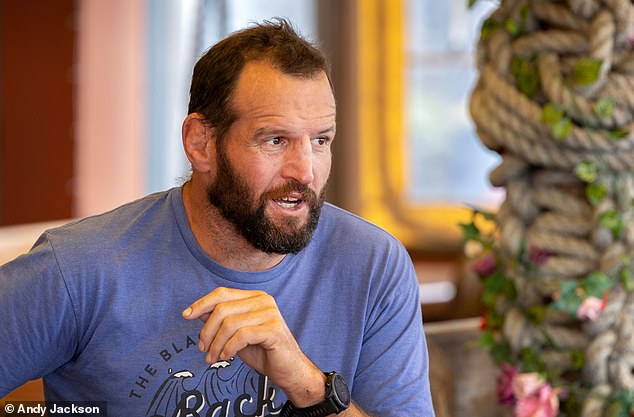 This should not be seen as a loss of rugby’s soul. There is scope for the game to be based on elusive movement, as well as thunderous power. If nobody will consider cutting the numbers on the field, then forcing them to tackle much lower is a reasonable ploy. It might not work, but there is sound logic for giving it a try – and the sooner the RFU explains it to community clubs, the better.

A widespread fear is that grass-roots players will quit the sport in droves, on the basis that such a profound change of behavior is not achievable or desirable. But if nothing is done and rugby goes on tolerating head trauma, the concerns of anxious parents will mean the next generations never start playing at all. That doomsday scenario must be averted.

Whenever the outrage subsides, there needs to be a spirit of compromise. All those who love the sport have to rally together to stop it sleepwalking towards the cliff edge.

The Ospreys deserve better for their heroic feats in the Champions Cup than to be forced to operate against a backdrop of looming turmoil, amid fears that there will be an exodus of top Welsh players to foreign clubs.

The contract freeze imposed by the Welsh Rugby Union is causing growing alarm in the regions as they fear the break-up of squads and such a scenario would be a shattering blow for the Swansea-based Ospreys just as they are generating on-field momentum.

Their last-gasp win over English champions Leicester at Welford Road last Friday – following back-to-back victories against French title-holders Montpellier – was watched in person by Ieuan Evans and the WRU chairman must have driven home with food for thought. 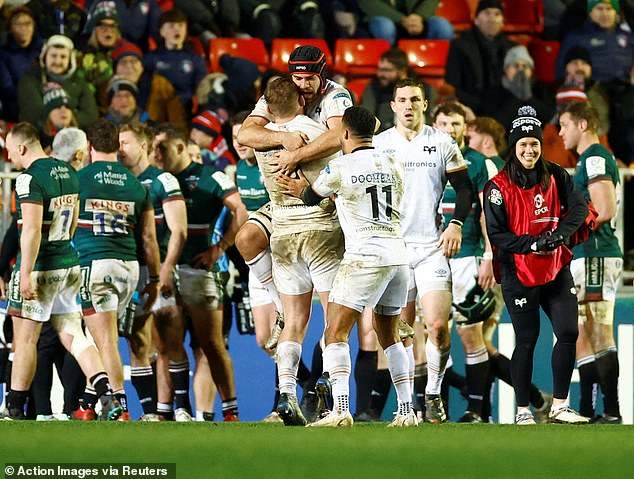 Toby Booth needs to be able to retain and recruit players, soon, or it will become ever more difficult to claim prized scalps.

Meanwhile, this column would like to issue a tongue-in-cheek plea on behalf of all journalists on tight deadlines; for Friday night games to become more predictable and mundane.

This month, there was Owen Farrell’s late drop-goal winner for Saracens at Gloucester, Leicester being locked in an ebb-and-flow, one-score game until the 76th minute at Clermont, then Jac Morgan’s injury-time try and Owen Williams’ decisive conversion for the Ospreys.

For spectators, it is a glorious sporting drama. But for reporters – not to mention coaches – it is migraine-inducing stress. Nice, wide margins please…

English clubs are out of their depth

Gloucester’s shock win in Bordeaux on Saturday was a momentous result for the West Country club which meant that four English clubs have made the cut for the last 16 of the Heineken Champions Cup, but of the quartet, only Saracens appear to be bona fide contenders.

Based on the evidence so far, the leading runners and riders appear to be Leinster, holders La Rochelle and Toulouse, followed by the chasing trio of Saracens, the Stormers and Sharks.

The tournament features a handful of teams who can realistically target the top prize, a few others who can be competitive on their day and a further group who are out of their depth. Ronan O’Gara cast Northampton into the latter category after his La Rochelle side strolled to a 31-13 win at Franklin’s Gardens – having routed the Saints 46-12 in France.

‘We didn’t have a fear factor today because we demolished Northampton on our patch and that stays in the players’ heads,’ said O’Gara. ‘We’re trying to tell the players that they (Northampton) have a rich history in the competition, which they have, but they’re not a top side and they’re struggling at the minute.’ The former Ireland fly-half’s verdict was harsh but fair. 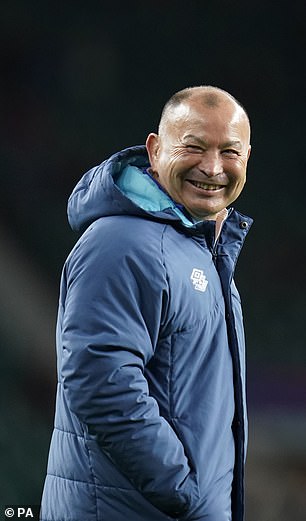 An Australia revival is imminent under coach Eddie Jones, but chaos looms too

Eddie Jones is back in the game and even his countless critics will anticipate an Australia revival. The late emergence of the Wallabies as prime World Cup contenders is all but guaranteed now that their prodigal-son coach is returning home to run the show again.

In typical fashion, Jones will galvanize everyone involved – from players to back-room staff to officials – with the confidence and fervent commitment to challenge all-comers. With him in charge, Australia won’t fear the Springboks, All Blacks, France, Ireland, England or anyone.

A green-and-gold revival is imminent, but chaos looms too. Jones has already been publicly sparring with a leading rugby league figure Down Under and he won’t be afraid to ruffle feathers.

It is impossible to exaggerate to a UK audience how small union can feel in Australia, when compared to league, Aussie-rules football and cricket.

The return of Jones will not only raise the prospects of the national team, it will raise the sport’s whole profile there too. Prepare for an absorbing circus sideshow over the months ahead. There will be collateral damage, no doubt, but it certainly won’t be dull.