According to numbers produced by experts in the field, the odds of a non-professional golfer making a hole-in-one are 12,500 to 1. For pros, it drops all the way to 2,500 to 1. 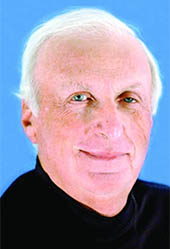 Some guys skewer the odds by making more than their share. One of those in Southeast Texas this year was Wadsworth Thompson from Groves. He authored two at Babe Zaharias in 2022. More on him later.

My dad, who was a pretty good player, made eight. It always left me shaking my head when he would call and say, “Well, I got another one today.” I would congratulate him, then wonder when my turn was coming.

When dad passed away at 73, I still had not made an ace and was convinced it was never going to happen. Finally, at age 58, the breakthrough came Jan. 27, 2003, in Simi Valley, California, of all places.

Ace No. 1 transpired on a Super Bowl trip. To my great satisfaction, youngest son Grayson was in the foursome when an 8-iron from 145 yards on No. 16 landed past the hole and trickled back into the cup.

Yes, I used to be able to put backspin on a shot. Ask my other witnesses that day at Lost Canyons Golf Club – Jerry Boehm and then Texas Associated Press Sports editor Denne Freeman.

Since then there have been four more – one at Belle Oaks and three at Zaharias. Time is running out, though, on catching dad. But I’m four ahead of Grayson, who has been stuck on 1 since getting his first at age 15 on Port Arthur Country Club’s rugged, 210-yard 12th with a 2-iron.

Now back to Wadsworth Thompson. This started out to be a column mostly on all the aces made at Zaharias in 2022. It turned out to be a lean year for aces, however, so that would have made for a very short column.

According to my research from going through the weekly golf columns I save, there were only six holes-in-one at Zaharias the past 12 months. It’s possible I could have missed one, or perhaps somebody made one and didn’t inform the guy behind the counter in the golf shop.

Thompson, as mentioned above, got two of them, the second of the year in January with an 8-iron from 120 yards on No. 7 and the last reported ace in September on the same 7th hole with the same 8 iron. his second and third.

Carl Cross of Kountze got the first hole-in-one of 2022, just a couple of days earlier than Thompson, on the 7th hole from 108 yards with a wedge.

While this column’s purpose was to spotlight holes in one at Zaharias, I have two honorable mentions from other courses that were relayed to me.

Brody Townlee of Port Neches scored his first ace in August on the 17th at Henry Homberg Golf Club with a 9-iron. Former Zaharias pro Ed Campbell’s daughter, Dee Davis, celebrated her first by sinking a 6 hybrid from 113- yards on No. 3 at Elkins Lake.

Congratulations to all those who experienced the joy of celebrating an ace in 2022. Better luck next year to the rest of you. And, if I missed anybody, please e-mail me with details.

Bob West can be e-mailed at [email protected]