‘I wasn’t very happy with my life’: Bernardo Silva reveals ‘feeling alone’ amid lockdown led to him asking to leave Manchester City last summer … but insists it ‘had nothing to do’ with his role at the club

Bernardo Silva has admitted ‘feeling alone’ and wanting to be closer to his family in Portugal were the reasons behind him asking to leave Manchester City last summer.

Pep Guardiola confirmed in June last year the 27-year-old was among ‘two to four players’ who wanted to leave the club following the end of last season.

However, City’s valuation of the player was never met and that resulted in him staying with the Premier League champions for this term, in which he has shone with 10 goals already across all competitions. 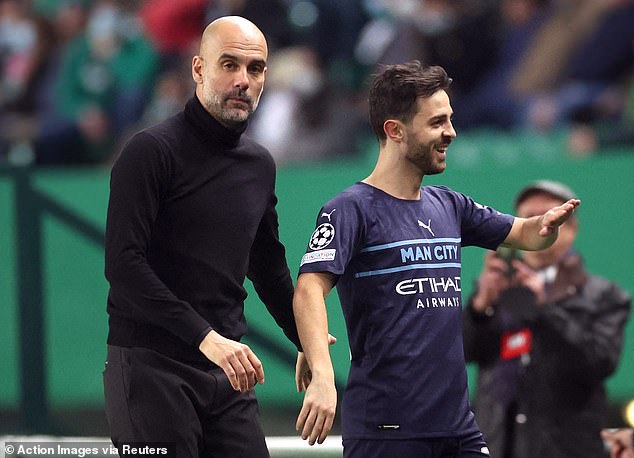 But in an interview with The Times, Silva revealed he became so disillusioned with the Covid lockdown in England and not being able to go to Portugal for a couple of days to have dinner with his parents that he asked to leave in the summer.

‘I was feeling a little bit alone at the time in England and I wasn’t very happy with my life,’ he said.

‘I had a talk with the club because I wasn’t happy with my life here, and I wanted to be closer to my family.

‘But it [wanting to leave] had nothing to do with the club. I love Manchester City. 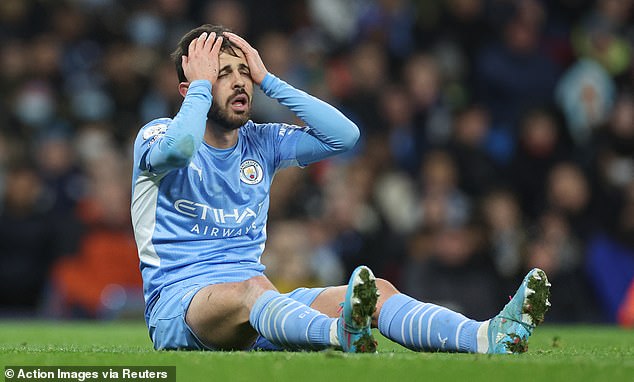 ‘I love my team-mates, I love the fans, I love the club. Afterwards, nothing happened. I stayed, and I will always give my best for this club as long as I stay here. ‘

Silva has gone on to enjoy a stellar season and was hailed as the best player in the country by his club’s manager in December after his remarkable volley in the win away at Aston Villa.

And he said he believed executing simplicity to the best of their ability is behind City’s success, and would sit down at the end of the season to discuss his future again with City bosses.

‘Pep is very demanding, but he doesn’t demand that you do extraordinary things. He demands you to do the simple things well, ‘he added. 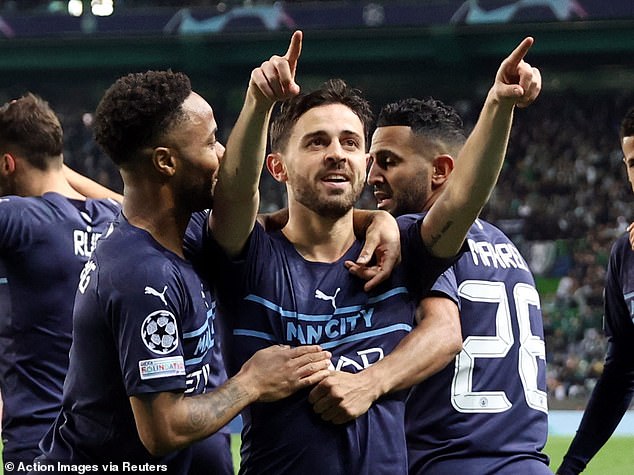 The Portugal international has had a stellar 2021-22, scoring 10 goals already this season

‘At the end of the season, I’m going to sit down with City and see what’s best for both sides. We’re in the middle of the season and we want to win a lot of important trophies.