Barcelona may be unable to afford a permanent move for Wolves loan star Adama Traore, as Joan Laporta admits they are still in a ‘difficult financial situation’ – despite closing in on Andreas Christensen and ‘interest in £ 64m Erling Haaland’

By Max Mathews For Mailonline

Adama Traore’s potential move to Barcelona could be scuppered by their financial situation, club president Joan Laporta has admitted.

The Wolves star has impressed since joining on loan in January and the Spanish giants are very keen on exercising a clause in his loan deal and making the move permanent for a reported £ 29.1million.

But as reported by the Athletic, Laporta conceded that organizing the finances of a transfer would be difficult.

He said: ‘Adama has Barca DNA, he’s one of the best forwards in the world, he’s fast. We’d love Adama Traore to stay here, it’s possible – but we’re in a difficult financial situation. We’ll see at the end of the season. ‘

Referencing veteran full-back Dani Alves, 38, who joined on a short-term deal until the end of the season, Laporta added: ‘There are options for them to stay.

‘With Dani, it is easier and with Adama, it will be possible even though it is an economic issue. We’ll see what we can do! ‘ 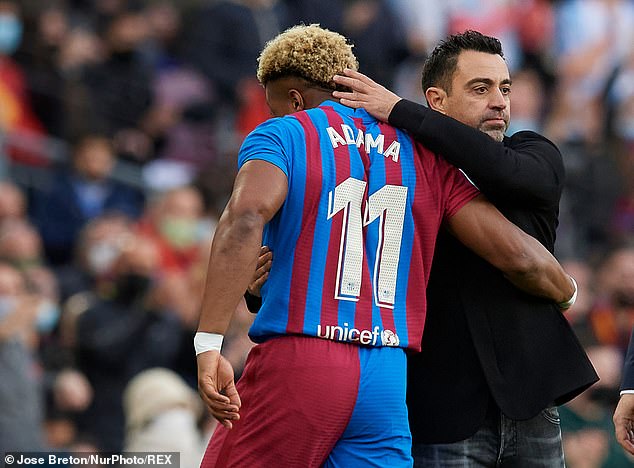 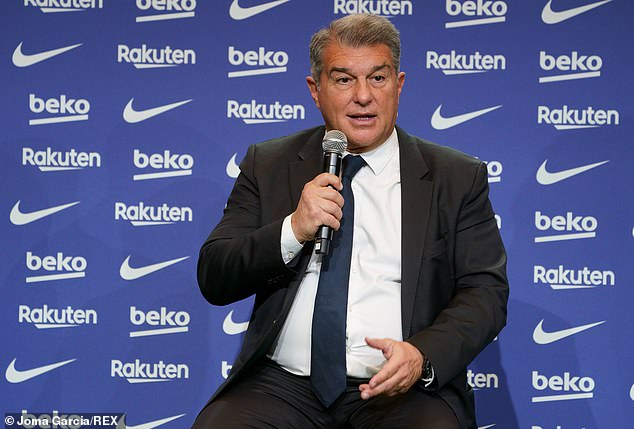 Rapid winger Traore, 26, spent 11 years at Barcelona as a youngster, making a handful of first-team appearances, before stints with Premier League sides Aston Villa, Middlesbrough and Wolves marked him as a unique talent in English football.

The Spaniard has performed well since his return to the Nou Camp, particularly in his second debut against Atletico Madrid, where he played 61 minutes and delivered an assist for Gavi to make it 2-0 as Xavi’s side triumphed 4-2.

In the next six games, Traore started four and came off the bench twice, with the club unbeaten in that time – including their progress to the Europa League round of 16 at the expense of Napoli among four wins and two draws.

He has already recorded four assists in his seven matches, putting him joint third in the club’s assist rankings despite only joining at the end of the January transfer window.

Despite the club’s massive debt, the club are said to be confident they can land striker Erling Haaland this summer, even though it could take more than £ 200m in combined transfer fees and wages to complete the deal.

The Borussia Dortmund hotshot is expected to leave this summer, with Real Madrid and Manchester City also in the running to snap him up. 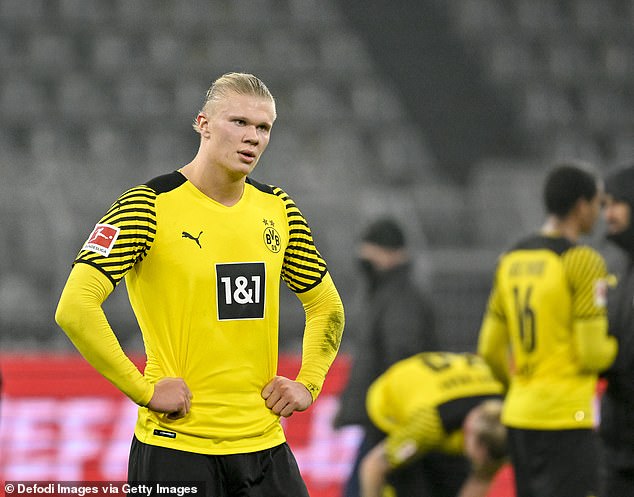 Despite this, Barcelona are said to be confident they can entice Erling Haaland this summer 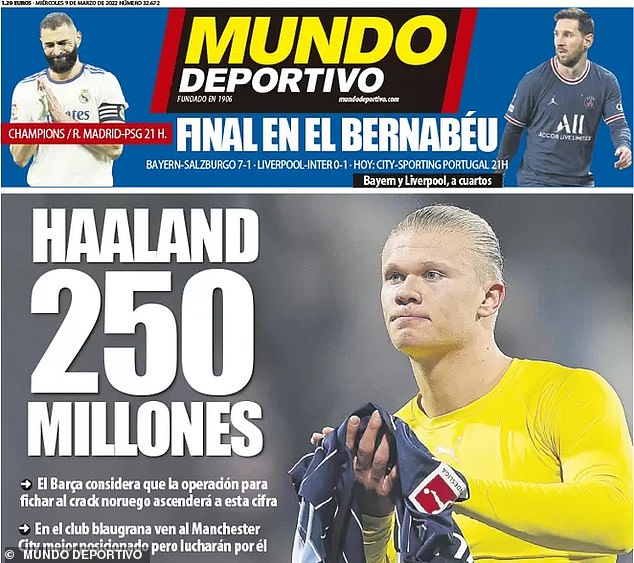 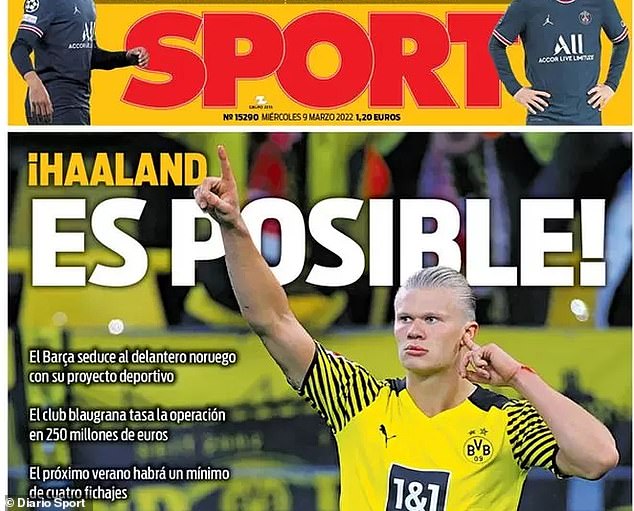 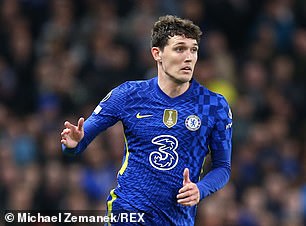 His release clause is around £ 64m but the Norwegian would also require massive wages on a multi-year contract – and Spanish outlet Mundo Deportivo say Haaland will cost as much as £ 208m in total, with City better positioned to get him.

But the headline on Wednesday’s edition of Diario Sport reads ‘It’s possible!’ with a picture of Haaland and claim Barcelona have ‘enticed’ Haaland with their ‘sporting project’ and also predict the same transfer fee.

The 21-year-old reportedly had a meeting with Xavi in ​​Munich last week, but the Catalan giants’ president was quick to deny further rumors.

In an interview with Barca TV on Monday, Laporta added: ‘I cannot say anything because his price will go up. We are planning to strengthen all of our lines. We are working. We will make economic decisions to favor sporting issues. Every player wants to come to Barca. ‘

Moreover, Barcelona are reportedly close to signing Chelsea defender Andreas Christensen on a free transfer, offering the Danish center half a £ 5m-a-year deal.