To be played on the Waterside Course at the Siam Country Club in Thailand from November 3-6, Asia-Pacific’s premier women’s amateur championship will feature 71 of the region’s finest golfers from 22 countries.

Jiyoo Lim of the Republic of Korea is the highest-ranked player in the field at World No.9 with three wins in the past year, but all eyes will be on Thailand’s World No.46 Natthakritta Vongtaveelap who is eager to make amends after last year’s championship in Abu Dhabi.

Renowned for her ability to hit the ball a long way off the tee, Vongtaveelap was leading by three shots going into the final round at Abu Dhabi Golf Club before she was reeled in by Japan’s Mizuki Hashimoto in the closing stages. alongside compatriot Kan Bunnabodee and Australia’s Kelsey Bennett.

Thailand’s Atthaya Thitikul won the inaugural WAAP in Singapore in 2018 and Vongtaveelap and Oklahoma State University star Rina Tatematsu, World No.80, are two of eight players from the home nation hoping to follow in her footsteps.

RIGHT: After her US Amateur win, Saki Baba will be one of the favorites in Thailand. PHOTO: Japan Golf Association.

Vongtaveelap, the 19-year-old from Bangkok, said, “Women’s golf in Thailand is very strong right now. We are not short of inspiration – starting from Ariya and Moriya Jutanugarn to Patty Tavatanakit and Atthaya – we have had superstars who are amazing role models for all of us.

“The WAAP is the biggest championship we play in Asia-Pacific and is an amazing opportunity for us so early in our careers. We all dream of playing major championships and the girl who wins will be able to play two out of the five next year .”

Japan provided the last two WAAP Champions – Yuka Yasuda in 2019 and Hashimoto in 2021 – and will once again send out a strong contingent of six players headlined by No.15 Saki Baba. The 17-year-old introduced herself to the international golfing world with her sensational 11&9 win in the final of the US Women’s Amateur in August this year.

Prior to her triumph in the US, Baba’s biggest achievement had been winning the Kanto Junior Championship in Japan. Further cementing her rising star status, she led Japan to the bronze medal at last month’s World Amateur Team Championship for the Espirito Santo Trophy in France where she finished fourth in the individual standings.

Baba, who was one of the four amateurs to make the cut in the US Women’s Open, tying for 29th place, said, “I am happy with the way I am playing. I’d love to win the Women’s Amateur Asia-Pacific championship. , not just for the playing opportunities that comes with it, but also for Japan. The last two champions are from our country, and it would be awesome if I can extend that winning streak to three.” 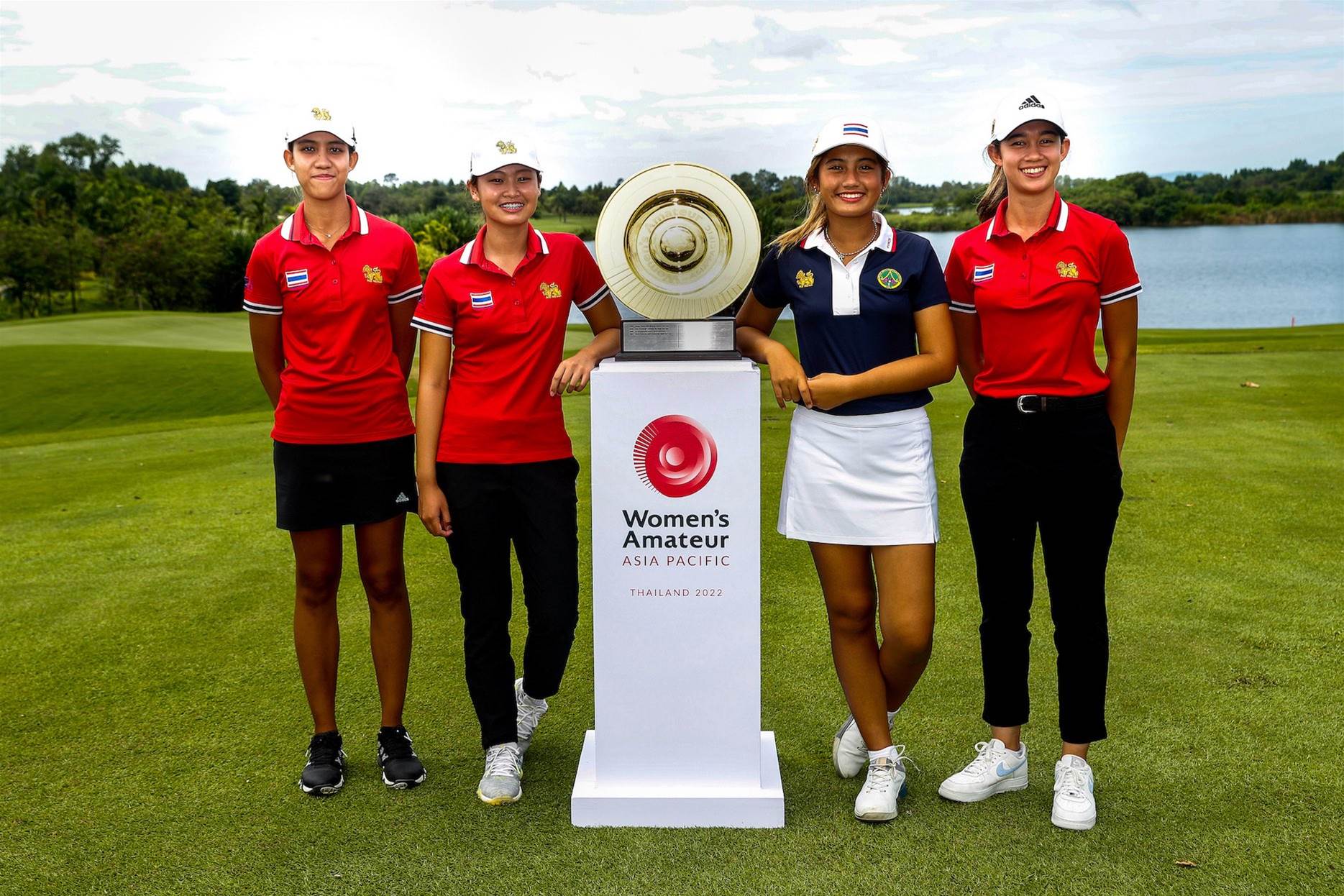 The local Thai team will be out to impress at home. PHOTO: Supplied.

The other four players representing Japan are also inside the top-50 of the WAGR including the defending champion Hashimoto (No.19), Hinano Muguruma (No.22), Reika Arakawa (No.28) and Miku Ueta (No.47) .

Australia’s Bennett will return to the championship and is eager to go one better than her Abu Dhabi finish. The World No.79 will be joined in her quest to become the first Australian WAAP champion by World No.33 Kirsten Rudgeley, the 2021 English Women’s Amateur champion.

The WAAP has been developed by The R&A and the Asia-Pacific Golf Confederation (APGC) to inspire future generations of women golfers and provides the champion with an unparalleled launchpad early in their career through exemptions into multiple women’s major championships and other elite amateur championships.

Martin Slumbers, Chief Executive at The R&A, said, “Asia-Pacific is the fastest growing region in world golf and has produced some exceptional talent in women’s golf over a number of years.

“The Women’s Amateur Asia-Pacific championship has established itself as the most aspirational title in the women’s amateur game in the region. am sure our new champion at Siam Country Club will make us equally proud with her achievements.”

Taimur Hassan Amin, Chairman APGC, commented, “The depth of field in this year’s Women’s Amateur Asia-Pacific championship is yet another indication of the potential that we have in our region. working towards growing women’s golf in all our member countries. A championship like WAAP is a big catalyst in that process.”