By Daniel Davis For Mailonline

In-form Arsenal striker Eddie Nketiah has hailed his side’s performance in their crucial win against Leeds, a result which saw them tighten their grip on fourth place.

Nketiah scored a superb brace inside the first 10 minutes at the Emirates to put the hosts in cruise control, although they were made to withstand late pressure when Diego Llorente tucked home to set up a nervy finish.

And in his post-match interview, the frontman – who has been linked with a move away from the Gunners – opened up on his feeling of pride after his two-goal salvo.

‘I think it’s a big three points. Like I said before the game, we’ve been working hard. We want to do it for the fans.

‘It’s amazing to get the three points and we’re closer to our objective.’

Questioned on his resurgence in north London, Nketiah insisted the importance of game time, and also found the time to praise his team-mates for their assists. 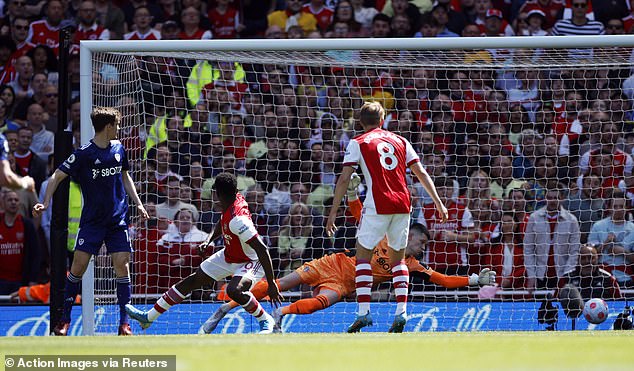 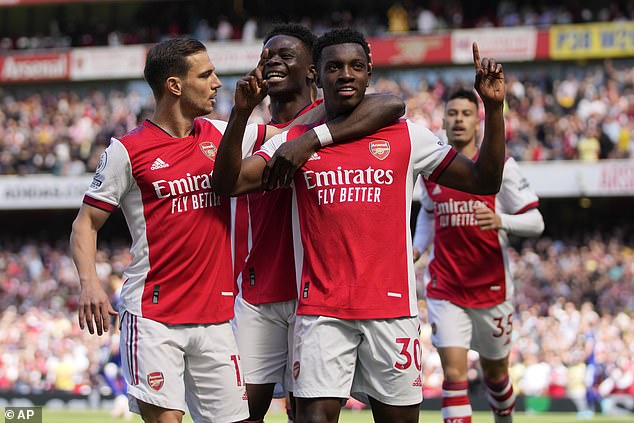 Speaking post-match, he hailed his team-mates for their assists and their crucial three points

‘Any player just wants to be playing and have opportunities,’ he added. ‘I’ve worked hard this season to make sure I was ready to get my chance.

‘Credit to my team-mates for helping me play and do well. I’m just happy to be in the team and helping the team.

‘We had a few chances in the first half to kill the game at three-nil, but we didn’t take them. They’re a good side. They’re fighting for their lives down there.

‘We knew they were going to push. They troubled us in the second half, but we showed good resilience to stay in and get the three points, which is important. ‘ 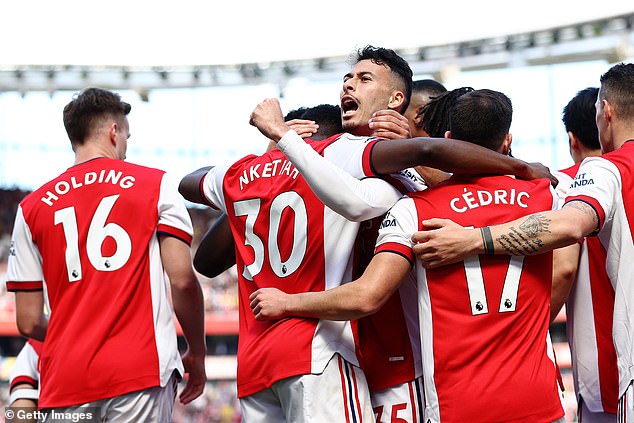 The win for Arsenal saw them move four points clear of Tottenham, ahead of the rivals locking horns in a game which may decide the Champions League race.

Nketiah, however, is remaining grounded. He said: ‘We’re just taking it game by game. A win today has put us in a good position going to Spurs.

‘Hopefully we can go there and get the three points.’

But he would not comment on his uncertain future at the club, instead saluting the atmosphere at their home ground and the ‘connection’ with the fanbase. 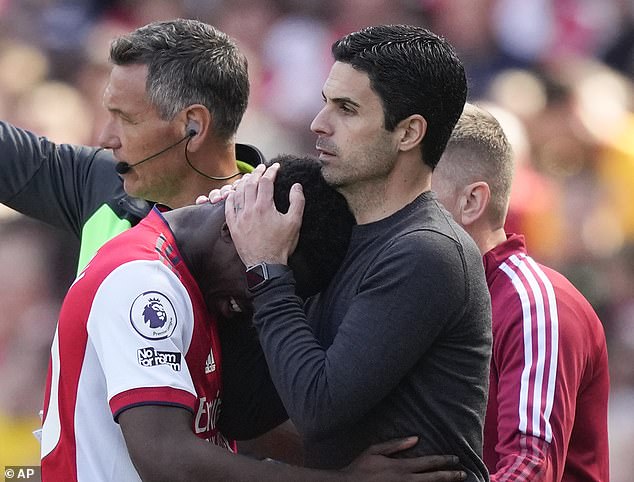 Mikel Arteta said the club ‘adores’ Nketiah, who has been linked with a move away this summer

‘Like I said, it’s a great atmosphere,’ he said. ‘It’s been excellent all season. You can really feel the connection between the players and the fans.

‘It’s great to be involved, and we’re giving our all to get our objective.’

Boss Mikel Arteta waxed lyrical about the young hitman, saying: ‘Well he is doing what he has done all season, when he’s been sitting on the bench or sat at home – this boy doesn’t change that’s why we adore him.

‘Now, he has the right empowerment and the right personnel around him and he can be judged for what he does on the pitch.’